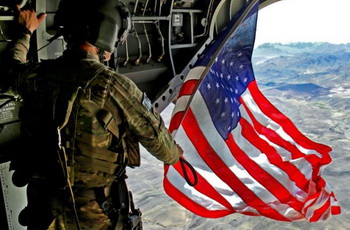 The United States has been fighting in Afghanistan for 18 years

The United States has been fighting in Afghanistan for eighteen years out of nearly forty years of war there. In 2019, Washington began to reduce its contingent in that country.

Washington soon began to report that several plans for the withdrawal of US troops were being prepared by the Pentagon for US President Donald Trump. According to one option, analysts suggest a complete withdrawal of US troops before the presidential election scheduled for November 2020, hoping for Trump’s rating to grow. However, they are also trying to predict possible changes in the security of the current regime in Afghanistan. Each option is being carefully weighed against the likely reaction of Washington’s allies.

Analysts believe that the complete withdrawal of US troops from Afghanistan and the end of US involvement in the wars will play a positive role on the eve of the election, because in the 2016 election campaign, D. Trump determined this as the main goal of his presidency.

Time will tell whose plan the US President will approve. However, it is unlikely that the United States will not pay attention to the region. It is known that Washington has been negotiating with the authorities of Uzbekistan and Tajikistan to deploy American bases there in order to control the situation in the Central Asia, deter ambitious China and in opposition to the illusory Eurasian Union.