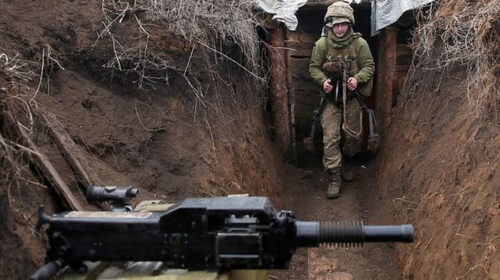 European media are closely following the events around the aggravation of the situation in the Russian-Ukrainian war. At the same time, their posts are mostly descriptive in nature and not burdened with analytical assessments, apparently due to the fact that Europeans do not seek to cover possible actions of Ukraine’s supporters in case of an outright escalation and the start of full-scale action by Russia.

Despite all the distracting maneuvers and the movement of troops, the main goal in the operational and tactical depth of the Russian Armed Forces’ operation remains the creation of a corridor to Crimea in order to provide it with drinking water from the Dnieper. Russia may also block Ukrainian deep-sea ports, including Odesa and Mykolayiv, which would paralyze transport communications throughout Ukraine. There have been no reports in the European media about the response to Russia’s full-scale military aggression. After all, this war has not come to European borders. Not yet…