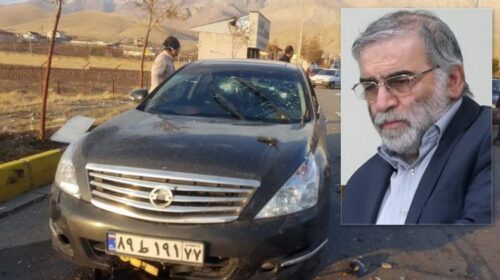 The death of the scientist is beneficial to many, both outside and inside Iran

November 27, 2020, Mohsen Fakhrizadeh was added to the list of victims among the top scientists of the Islamic Republic of Iran. It is worth mentioning that in the last 10 years, five scientists working in the IRI nuclear program were killed in Iran.

The death of the scientist is beneficial to many, both outside and inside Iran. The CIA and the Mossad will remain silent, and the IRI Ministry of Intelligence and other special services of the Islamic Republic will look for executors. And it is likely that they will find them. But it will be later. Today we can see how the situation getting worse again.

It is clear that if Mohsen Fakhrizadeh was indeed a key figure in the nuclear weapons project, as Tel Aviv insists, he was killed in order to slow down Iran’s nuclear progress.

However, some US politicians also believe that Washington may be involved in the murder. They understand that official Tehran hopes that the new US President will resume bilateral dialogue. And then it would be possible to avoid further confrontation in nuclear negotiations. But some people don’t like it today. Therefore, they are trying to aggravate the situation, at least temporarily, even with such a murder.