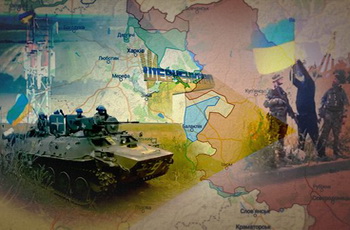 Another decisive victory of the Defense Forces of Ukraine in the war with Russia was the liberation of more than 90 % of the territory of Kharkiv region in September 2022. This allowed not only to complete the de-occupation of northern Ukraine, but also had a number of important consequences in the political, economic and humanitarian spheres. Of course, they do not yet mean a final turning point in the war, but they create prerequisites for it, and are of great importance for Ukraine at the tactical and strategic levels. One way or another, but the situation at the front is gradually changing in our favor, which requires special attention in the context of the analysis and assessment of the causes and consequences of Ukraine’s military successes in the northeast of our country. Besides, they directly influence the situation on the southern part of the front.

As you know, during the counteroffensive of Ukraine’s Defense Forces in September 2022, 8.8 thousand square kilometers of Ukrainian territories (where there are about 390 settlements and 150,000 inhabitants) were liberated. The success is absolutely impressive. Especially since it was achieved in just 7–10 days, while it took Russia two months to capture two regional centers and several villages in Luhansk region.

However, many more territories, settlements and citizens of Ukraine still remain under Russian occupation. Therefore, the final restoration of the territorial integrity of our state will take us much greater efforts, sacrifices and time. Nevertheless, the success of the Defense Forces of Ukraine in Kharkiv region became another turning point in the Russia’s war against Ukraine after our defenders forced Russian troops to withdraw from Kyiv, Chernihiv and Sumy regions in March-April of 2022.

As noted above, this had a number of important consequences in different spheres. And not only for Ukraine, but also for the whole world and Russia, which has finally turned into a rogue country.

Once again, refuted were Moscow’s claims and the widespread opinion about the “invincibility” and “unsurpassed power” of the Russian armed forces, which are allegedly the “second army of the world”, as well as about its ability to “overcome any enemy, including NATO and capture all Europe”.

The victory of the Defense Forces of Ukraine near Kharkiv finally convinced the majority of Western countries that the Russian army is not capable of overcoming the resistance of Ukraine and has already “wasted” a significant part of its military potential on the Ukrainian fronts. According to NATO Secretary General Jens Stoltenberg, this fact is already taken into account in the operational plans of the North Atlantic Alliance. Although no one is afraid of Russia anyway, this was confirmed by the West’s demonstrative disregard of Moscow’s last year’s ultimatums regarding NATO’s giving up further enlargement to the east, prevention of the deployment of strike weapons and the Alliance’s troops near the Russian borders, as well as termination of military and military-technical cooperation between Brussels and Kyiv. On the contrary, today Finland and Sweden are already candidates for joining NATO, and the USA has intensified steps to increase its military presence in Europe.

At the same time, the Defense Forces of Ukraine counteroffensive strengthened the West’s confidence in the firmness of Ukraine, as well as its ability to successfully make and implement military decisions, including the effective use of the military equipment transferred to us. Our servicemen have undergone and continue training in NATO member countries. We have Western weapons, which by their parameters are completely superior to Russian ones. And we know how and can apply it effectively. In view of this, the US Department of Defense expressed its intention to increase the amount of military and technical assistance to Ukraine in order to facilitate our victory over Russia. And Moscow can do nothing about this.

The success of the Defense Forces of Ukraine’s offensive in the north of Kharkiv region had a tangible impact on the morale of both Ukrainian and Russian servicemen, and with it on the socio-political moods of the population of the two countries.

For one, the victory near Kharkiv significantly strengthened the offensive impulse of Ukrainian soldiers and commanders, who are intensifying actions to liberate other occupied territories. First of all, this concerns the right-bank part of Kherson region, where the Ukrainian offensive is also taking place. In the rear of the occupiers, the activity of the resistance movement is growing. It relies on the local residents, who are convinced that the invaders can be expelled from our land. And this land is already burning under their feet. Literally.

The same can be said about the majority of the population of the entire Ukraine, which has no doubt that we will inevitably liberate our entire state from enemies. This is another powerful factor in the unity of the Ukrainian nation. And the Rashists’ atrocities in the de-occupied territories of Kharkiv region further strengthened their hatred of the enemy and their willingness to fight them to the last. In general, the mentioned factors increased the confidence of Ukrainians in the leadership of the country and the Defense Forces of Ukraine, which were able to seize the initiative in the war.

On the other hand, the defeat of the Russian army in Kharkiv region further undermined the authority of its high command among its own soldiers and officers. Currently, a significant part of them no longer wants to participate in hostilities on the territory of Ukraine. Such moods were confirmed by mass refusals of Russian contract soldiers and officers to serve in the army, fleeing the positions, desertions and surrenders.

Plans for covert mobilization in Russia in all its forms have been completely thwarted. After what happened near Kharkiv, the majority of Russian citizens no longer have any intention of going to war, even for all the “benefits” offered by federal and local authorities. The same applies to the process of formation of so-called “name” battalions in the regions of the Russian Federation. Due to the lack of volunteers, the deadlines for their operational readiness have been postponed to the end of 2022.

It should be added that the areas bordering Ukraine in Belgorod region of Russia have actually turned into a war zone, which is spreading with the advance of the front line in Kharkiv region to the east. After our troops reach the north of Luhansk region, the war zone will spread to the border areas of Voronezh region of the Russian Federation. The local population is already being evacuated from the border areas of the Belgorod region. Voronezh is preparing for emergency situations. As in Belgorod region, no one there supports the “special operation” (Russia’s war against Ukraine), which significantly undermines the general support for Putin’s regime.

As for the military aspects of the counteroffensive of the Defense Forces of Ukraine, they are even more demonstrative. The Ukrainian forces have already approached the eastern border of Kharkiv region and even crossed the Oskil River, on which the enemy was trying to build a new defense line. The river was crossed in several sections, including in the area of the city of Kupiansk, which made it possible to free its left bank (eastern) part.

This gives our troops the opportunity to continue the offensive with the aim to liberate the northern part of Luhansk region. At the same time, the threat of a Russian attack on Sloviansk from the north was eliminated. At the moment, we have also moved from defense to offense there.

But that’s not all. Fleeing Kharkiv region, the enemy left his military equipment there, as well as warehouses with ammunition and other property, which went to the Defense Forces of Ukraine as trophies. Our troops captured or destroyed more than 500 pieces of military equipment, including about 50 T-72B3 and T-90 tanks, more than 100 BMP and armored personnel carriers, 11 self-propelled guns, more than 30 armored combat vehicles of various purposes (including mobile command and communication vehicles), 5 UAVs together with control equipment, etc.

Part of this equipment and ammunition is already being used at the front against the invaders. A kind of “Russian Lend-Lease”. Since the beginning of the war, Russia has “supplied” more weapons to Ukraine than Ukroboronprom and our Western partners taken together. In addition, several thousand prisoners of war significantly replenished our “exchange fund”.

And Russia has lost all this — territories, positions, military equipment and personnel. And now it is trying to present its defeat as a “regrouping of troops”. For some unknown reason, they forgot to tell the Russian troops about this “regrouping”, who were under the attack of the Defense Forces of Ukraine in Kharkiv region and fled from there in a panic.

In general, the above-mentioned circumstances created the prerequisites for a turning point in the war in our favor, or at least for its approach. From the very beginning of the war, the Defense Forces of Ukraine showed much greater professionalism than the enemy at all levels — from the command and staffs to the troops on the front line. This allowed us to outplay Russia both in planning the operation and on the battlefield. Moscow expected a counteroffensive in the south, but it was launched in the north.

Russian troops still have an advantage over Ukraine in terms of the number of forces and means at the front. But we are superior to them in terms of our morale and fighting qualities and the motivation of our actions. We defend our Ukraine and cannot leave it in trouble, no matter what it costs us. The orks came to us to rob and kill. However, even such non-humans fear for their lives. Therefore, they flee the battlefield at any real threat.

Contrary to Moscow’s expectations of the pro-Russian sentiment of the population of Kharkiv region, the majority of local residents confronted Russia. Especially after the Russian shelling of Kharkiv and other settlements near it. Kharkiv residents curse Russia, and that is why they helped the Defense Forces of Ukraine: they provided intelligence on the location and movement of Russian troops, supported the actions of our saboteurs and partisans, and after liberation — ensured the security of the rear of our troops.

Another factor that contributed to our victory in Kharkiv region was Russia’s inability to compensate for the losses of its troops in Ukraine, as well as to provide them with missile and artillery ammunition. We have already written about the fact that it is not capable of forming military reserves. Russia is now unable to produce munitions due to the degradation of its defense industry along with the entire Russian economy.

This forces Russia to redistribute its troops and reserves between different sections of the front line depending on the situation. That is why this summer part of the Russian troops was transferred from Kharkiv to the south of Ukraine, which gave us the opportunity to gain an advantage over the Russians in Kharkiv region.

We are gradually winning. And our victory is inevitable. However, we must not fall into euphoria. Russia is still strong and is doing its best to maintain its position at the front. It is regrouping its forces, and is also trying to replenish its troops and strengthen defense in the Donbas.

On the eve of winter, Russia has intensified terrorist attacks on our cities and villages and on the energy infrastructure of Ukraine. With such actions, Russia is trying to break us, which Putin already directly admitted at the recent summit of the Shanghai Cooperation Organization. After that, even President of China, Xi Jinping, refused to take part in a joint dinner with the participants of that event.

What conclusion can be drawn from all this? Russia is still trying to do something. But it has already lost this war.