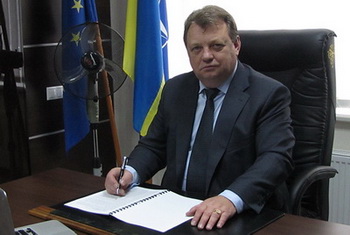 Commentary for the GuildHall News Agency

The Russian Federation is conducting a special disinformation operation on the alleged intentions to integrate the occupied territories of Donbas into the Russian Federation. The operation is carried out for propaganda purposes, both for the Russians themselves and for the population of occupied territories, and is also used as a tool of pressure on the West in the framework of the Minsk negotiations, noted Victor Hvozd for the GuildHall News Agency.

“The pool of activists and propagandists affiliated with the Russian special services continues to promote the narrative about the alleged integration of the occupied territories of Donbas into Russia. This is nothing more than a bluff, and part of a special operation aimed at different consumers, de jure no one will integrate anything anywhere. It is important for the Kremlin to maintain the lever of pressure on Ukraine, in which they have been invested all these years”, said V. Hvozd.

“The special operation, in particular its informational component, is working for the internal Russian audience for propaganda purposes, to support the myth of “saving the Donbas”. Moreover, such messages, which are legalized by both local puppet leaders and Russian mouthpieces, are designed to somehow support the disillusioned local population. In addition, the statement about the “integration of ORDLO into Russia” is a threat to the West and a tool of pressure on Ukraine — if you do not fulfill Minsk the way we want, we would “take these territories”, said V. Hvozd.

“At the same time, de facto Russia continues the hybrid integration of these territories, provides passports, deepens the decline of local economy of in order to alienate the population from Ukraine, politically, economically and mentally”, summed up V. Hvozd.