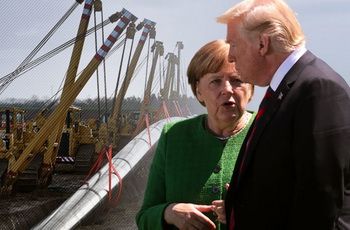 Leading German politicians’ public statements about the Nord Stream 2 project have recently begun to contradict each other. Especially after the assassination attempt on Russian opposition leader A. Navalny.

Today, this project is perceived differently in Europe in general and in Germany in particular. Not least because of the principled stand of US President D. Trump, who seeks to stop the construction of the pipeline. The reason for such his attitude to the gas project and, in particular, to V. Putin, about whom D. Trump had previously spoken positively, has not been finally clarified. There may be both purely economic interests associated with the USA’s intentions to export its own liquefied natural gas to Europe, and geopolitical plans. The economic ones are associated with the threat of Europe’s excessive dependence on a monopoly gas supplier, i.e. on Russia, which is absolutely contradicts the EU’s basic documents and Energy Charter.

If we take into account the military-political aspect, the decommissioning of the gas pipeline, which passes through Ukrainian territory and is currently used by Russia, will allow more space for operational maneuver of Russia’s troops, which will pose a potential threat not only to Ukraine but also to Europe and NATO.