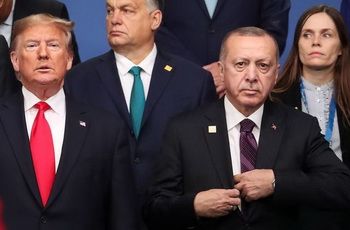 With D. Trump’s coming to power and the change of American administration, Turkey began to hope for resumption of cooperation and settlement of problems in bilateral relations that arose during B. Obama’s presidency. However, these hopes of the Turkish leadership to “reset” relations with the United States did not come true.

According to many experts, the results of the upcoming US presidential election could significantly affect the state and prospects of US-Turkish relations, given that Donald Trump is a “friend” of Recep Erdogan, and Joe Biden — his tough opponent.

In our view, the inter-Libyan talks are largely accompanied by the behind-the-scenes decisive influence from the United States. It seems that US President D. Trump has set his administration the task of helping to achieve some success in the inter-Libyan talks before the 2020 presidential election, in order to receive an additional dividends. There is also no doubt that Turkey’s active intervention in the Libyan conflict forced the Commander of the Libyan National Army Marshal Khalifa Haftar to negotiate with the head of the Libyan Government of National Accord Fayez al-Sarraj, as well as intensified the USA’s desire to achieve a peaceful settlement of the Libyan conflict and revival of a stable Libyan state.