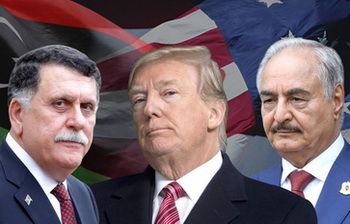 In our view, the deterioration of Turkey’s relations with the United States, as well as with Western countries in general since the collapse of the Soviet Union, was a result of the conflict between bloc consolidation and Turkey’s desire to play a leading role in traditional Ottoman geopolitical regions — in the Middle East, North Africa, the Balkans, the Caucasus and Central Asia.

Despite the fact that some foreign and even domestic actions of the current Turkish leadership do not quite correlate with NATO’s policy, provoking a “NATO’s identity crisis”, in the short and even medium term the question of the expediency of Turkey’s membership in NATO will not arise either in Ankara, or in Washington.

The ruling circles in Ankara and Washington seem to have gained considerable experience in overcoming quite serious differences, without crossing the “red lines”. Therefore, it seems that Ankara and Washington are quite capable of agreeing not only on drawing “dividing lines” in their policy in Libya, but also on cooperation in that country, especially on those issues that will be of common interest.