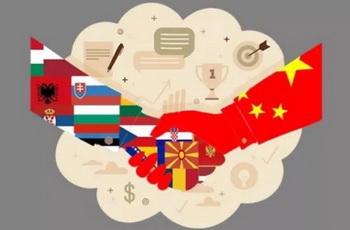 Changing Attitudes to Beijing in Eastern and South-Eastern Europe

German analysts pay enough attention to the relations in the geopolitical triangle: China — Eastern and South-Eastern Europe — the United States, which could significantly affect further development of the situation in Europe.

Experts notice changes in attitudes to Beijing in Eastern and South-Eastern Europe. The intensity of international relations between Eastern and South-Eastern Europe and China is beginning to decline. Former dreams of Chinese financial investment and prosperity of individual countries and the region in general from cooperation with China are now overshadowed by realities and economic turmoil. The reasons for the slowdown in China’s economic expansion into Europe are, apparently, the coronavirus pandemic and the slowdown in the world economy in general and in China in particular. There is a separate problem of relations between China and the United States, which affects the global processes of relations in the world, including Europe.

Russia’s policy on China’s expansion into the Western Balkans, especially Serbia, which is a traditional area of Russian interest, is still unclear. Another factor influencing the development of the EU-China relations will be the political will of the EU leaders and the EU’s institutional capacity to adopt and implement fundamental decisions to protect the EU’s internal market. It is obvious that a clearer attitude to cooperation between the EU, China and the United States should be expected after the US presidential election and with the correction of Washington’s foreign policy towards the EU and China.