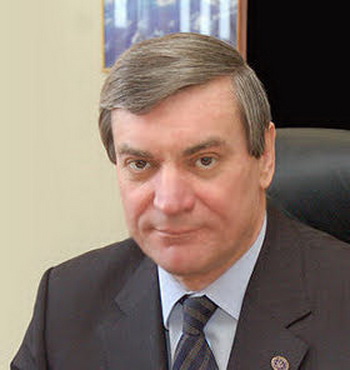 — Your Ministry is entrusted with a wide range of tasks of strategic importance, among which is the implementation of state policy in the space sphere. In your opinion, in what condition is this strategic for the country industry today? Have we lost our opportunities and are they still interesting to foreign partners?

— Currently, the situation in the industry is not easy. As you know, the latest, fifth, space program expired in December 2017. The next space program has not been approved. The industry has existed for several years without strategic priorities and without sufficient funding. In fact, it was just surviving. All this happened for a number of reasons, including the frequent change of heads of the State Space Agency (SSA), and space not being priority for the previous government, and so on. However, it should be added that even during this difficult period, important steps were taken on rocket sphere, in particular, were developed the technology of solid rocket propellant formulation, technology for equipping of solid fuel engines, technology for making mixture explosives. Scientific and technical work did not stop.

Realizing the complexity of the situation and the inadmissibility of losing one of the high-tech industries, President of Ukraine V. Zelenskyi set a task to return the space industry from the “spin” to a proper, high-quality level. 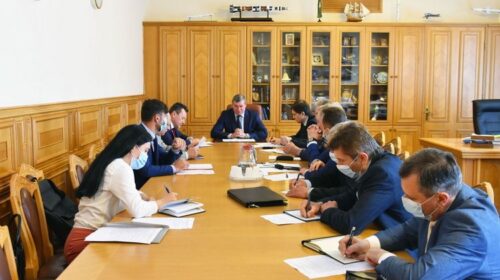 Immediately after defining the goals and objectives of the Ministry for Strategic Industries, I raised the issue of updating the process of adopting the Concept of the National Target Scientific and Technical Space Program of Ukraine for 2021–2025, and then the program of the same name. Also after the analysis of work the corresponding personnel decisions in the management of SSA were executed. The first results of the work have already been achieved in January 2021, when the concept of the space program was approved. The final stage of the process of approving the program, developed by the Ministry for Strategic Industries in cooperation with the State Space Agency of Ukraine and other government agencies, is currently underway. The document is being approved by central executive bodies.

Also, thanks to the fruitful work of the executive and legislative authorities of the SSA and the “Pivdenne” Design Bureau created all the appropriate conditions for the launch into space orbit of the Earth remote sensing satellite Sich-2-1. At the end of May, a relevant contract was signed with the European company ISILAUNCH. The satellite is to be launched from the SpaceX launch site (USA) using the Falcon-9 launch vehicle approximately in December 2021. The launch and further use of this satellite will allow to resolve many problems of socio-economic, environmental, informational, scientific and educational nature, as well as to ensure realization of the state’s national security and defense interests.

As for the issue of space capabilities of our state, I believe that we still have a strong potential, both in the context of development and creation of launch vehicle and spacecrafts, including remote sensing satellites, and in the production of rocket engines and other parts and components.

Therefore, we are still interesting to foreign partners, because our scientific and logistical base remains one of the most powerful in the world. 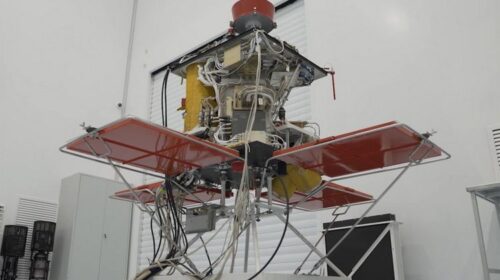 — Not long ago, the Ministry for Strategic Industries presented the National Scientific and Technical Space Program for 2021–2025. What main peculiarities of this program deserve special attention?

— Unfortunately, for obvious reasons, the implementation of all objectives envisaged for 2021 in the new, sixth, space program will take place mainly at the expense of investors and own financial capabilities of enterprises of the space industry of Ukraine. For each of the next four years — 2022–2025 — the amount of its state budget funding is proposed to be about 3 billion hryvnias annually. Although I do not rule out that the final figures during the consideration by the government and parliament may change.

Special attention is paid to remote sensing of the Earth. Ukrainian space enterprises will develop and create new, technologically more advanced and functionally more efficient spacecrafts to perform remote sensing tasks and satellites for some other purposes.

The “Pivdenne” Design Bureau will also design and develop a new modern spacecraft — a lunar module, which is expected to be created and launched into space by 2024. It has not been decided yet with which launch vehicle this will be done, however, it may be one of the rockets of the “Zenit” family. 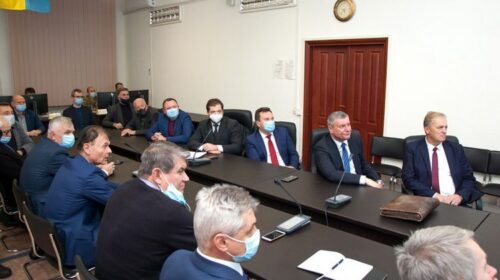 The program pays special attention to international cooperation. For example, Ukrainian companies will continue to supply the main parts of the first stage for the US-made Antares launch vehicles. Besides, “Pivdenne” and “Pivdenmash” will supply engines for the fourth stage of Vega launch vehicles, launched by the European Space Agency (ESA). The “Pivdenne” Design Bureau will continue its cooperation with the Canadian aerospace company Maritime Launch Services (MLS), which plans to build and put into operation a spaceport in the province of Nova Scotia on the Atlantic coast of Canada in 2023. Our partners intend to launch various spacecrafts on the promising Cyclone-4M launch vehicle created in Ukraine. And this is only part of the international projects envisaged by the program.

— You probably know that the reform of strategically important state enterprises is being delayed… We are very, very far behind the world’s leading countries, where enterprises in this industry already operate in a completely different “coordinate system”. It will just suffice to mention Ilon Mask with his SpaceX! We need to change as quickly as possible to adapt to new realities if we want to be “on board” of the world processes. That is why a new concept for the development of the state defense industry has already been developed, which, in particular, provides for corporatization and creation of two state holdings, one of which will be “Aerospace Systems of Ukraine”, which will include several holdings, including “Antonov”, Rocket and Space Center “Pivdenne” and “Aircraft Engine Construction”. The proposed development of the industry should ensure the inflow of both domestic and foreign investments.

The process of corporatization of aerospace enterprises has already begun. On May 27, 2021, the Ministry for Strategic Industries held a meeting with the participation of industry representatives, during which the report by the head of the State Space Agency Volodymyr Taftay on the measures taken to transform the industry’s enterprises into joint stock companies was made. The next steps to be taken were also discussed. It is important to point out that the participants of the event were unanimous in the implementation of corporate transformations. They do need to be done. 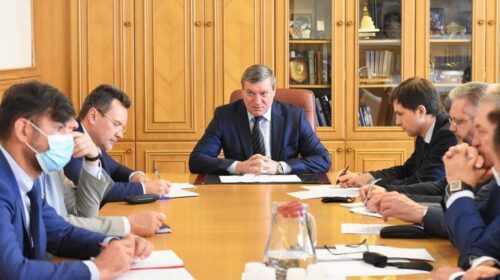 It should also be added that the Network Research and Training Aerospace Center will soon appear in Ukraine. It will be financed from the state budget, by public-private partnerships and domestic and foreign investors. Thus, a training system will be created in Ukraine, which will promote the development of the aerospace industry of Ukraine. At the same time, the graduates of the Center will have a clear perspective and proper motivation.

— The Verkhovna Rada has recently adopted in the first reading the draft Law № 5017 “On Amendments to the Law of Ukraine “On Space Activities””, which de facto deprives the Ministry for Strategic Industries of its policy-making functions in space activities. It will have exclusively supervisory functions. What is your opinion on this situation?

— Negative. Its final approval could unbalance the entire management system that has been built up over the years. And now that the question of responsibility for aerospace activities has been raised to the level of Deputy Prime Minister and the task of reforming the industry has been set, making such changes to the legislation is a wrong step. In addition, the Main Scientific and Expert Directorate of the Verkhovna Rada of Ukraine has questions to the draft law, which were not taken into account by the profile committee of the Verkhovna Rada in the process of preparing the draft law for the first reading. The draft law does not comply with the general principles of building central executive bodies in Ukraine. And most importantly, such amendments envisaged by the project are inexpedient and will not ensure proper management and state regulation of space activities. 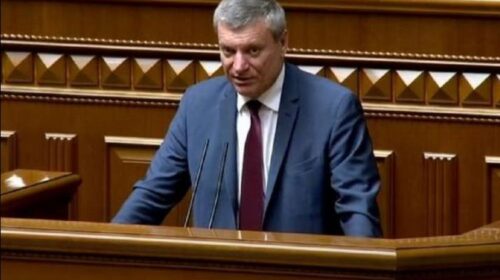 — After 2014, the Ukrainian space industry was forced to reorient from the Russian market to others. Did it manage to do that?

— The loss of the Russian market did have a negative impact on the export component of Ukraine’s space industry. However, now Ukrainian companies are actively working with companies from many other countries in the field of implementation of both new joint space projects and continuation of previous ones. Apart from the United States, there is cooperation with the EU, China, Canada, Korea and a number of other countries. Of course, this is not the scale that was before, however, cooperation with foreign partners, with the exception of Russia, is developing dynamically. 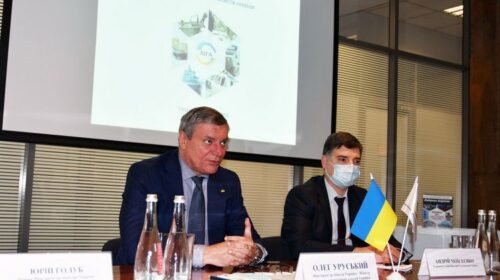 — Geopolitical aspirations of opponents, including China and Russia, are forcing NATO to respond to the latest technological threats from those countries, which may come from space. In view of this, the Alliance’s leadership has recently announced its intention to extend to space the obligation to provide collective assistance to its partners. What is your opinion on this issue and what is awaiting Ukraine in this aspect?

— Indeed, the Alliance today considers an aspect that if at least one of the NATO Allies is attacked not only on land, at sea, in air and cyberspace, but also in space, the whole bloc must react appropriately. Probably this is right, because today we all know how important it is to use the capabilities of outer space to resolve security problems — in providing communications, intelligence, and so on. Besides, interesting processes are really taking place now — there are facts of theft of satellites, intentional violation of the orbit of rotation, creation of electromagnetic interference with their work, and so on. Therefore, a response to such actions should be mandatory. At the same time, there is no clear definition of the term “attack from space” or “attack in space”. Nevertheless, in our further space activities we must take this into consideration and develop in new realities.

The full interview you can read in the “BINTEL” Geopolitical Analytics Journal, Issue 2, 2021