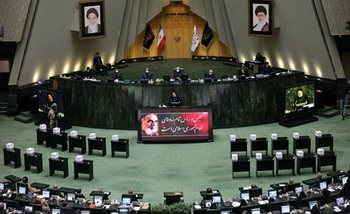 After a long five-day debate, hearings and votes, the Majlis of Iran passed a vote of confidence in the 13th government of the Islamic Republic of Iran on August 25, 2021. Majlis deputies voted to appoint 18 new ministers and rejected the candidacy of Education Minister Hossein Baghgoli. There were several reasons — his incompetence in the organization of education in the country, especially in nowadays’ Iran, and quite significant miscalculations in the program, which he presented to MPs. But it is believed that the main reason was that H. Baghgoli is a relative of Ebrahim Raisi’s wife. Thus, the MPs made it clear to the new President that they would not obey all his wishes.

With regard to the ministerial approval process, it is important to understand that in foreign policy, the Supreme Leader of Iran personally makes decisions, while in the internal decision-making system the main role is played by the National Security Council and the President is the head of the Council, that is why his position is decisive in the selection and appointment of ministers, although his decision is not final. The composition of the Cabinet of Ministers is approved by the Majlis. Decisions on appointments to key positions in the Cabinet of Ministers, namely the Minister of Foreign Affairs, the Head of the Ministry of Information (Intelligence) and the Minister of the Interior, are made only by the Supreme Leader in accordance with Articles 110 and 176 of the IRI Constitution.

By the way, an important feature of this Cabinet is that the President himself and almost half of his Ministers are under sanctions by the United States and the European Union. Thus, the Cabinet of Ministers of Iran was formed, and on August 26, 2021 members of the government held their first meeting in the new composition.