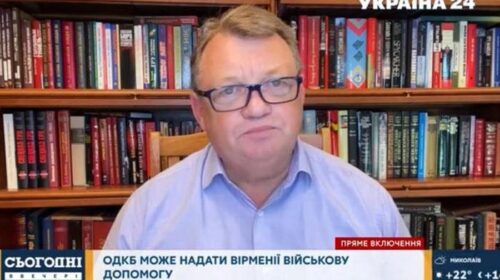 The world community’s attention is again drawn to fighting around Nagorno-Karabakh. And it’s not just because of the military confrontation between the two states — Armenia and Azerbaijan — former Soviet republics, each of which defends its independence in its own way. But also because they are under the influence of other geopolitical players, who, even if they bear any responsibility for the current situation, it is indirect and this has not helped to resolve it for several decades. And recently this “Karabakh rifle”, which all these years “hung on the Caucasian wall”, began to fire. Loudly and powerfully. The wreckage of the shots bring death on the Caucasian front, and their loud political echo once again shows helplessness of various well-known so-called agreements, the signatures of politicians under which are nothing more than a stylish stroke of a pen.

So what will happen to Nagorno-Karabakh? How and in favor of which of the warring parties will events develop there? And most importantly: what will be offered to the warring parties right now, when the previous proposals turned out to be an empty sound, and the local population became hostage to difficult geopolitical circumstances because of this?

This is what Viktor Hvozd, President of the Independent Analytical Center for Geopolitical Studies “Borysfen Intel”, said on Ukraine 24 TV channel under the heading “Nagorno-Karabakh 2020”.

The main topics raised by V. Hvozd in his speech were the parties’ vision of the reasons for the conflict, their readiness to use weapons, and the possibility of reconciliation between Armenia and Azerbaijan. That is, what is somehow observed in the estimates of leading politicians and military experts when it comes to the prospect of such a conflict.

Note that V. Hvozd proposes to compare the fighting in the Caucasus with the same war that was observed in the Balkans, when the Federal Republic of Yugoslavia disintegrated and each of the newly formed countries sought to defend its rights, including by force. Since V. Hvozd was a military attache at that time, he directly observed such processes and had the opportunity to draw his own practical conclusions, which, of course, help to understand today not only the reasons for the conflict or possible scenarios of its development, but also hidden interests of the parties involved.