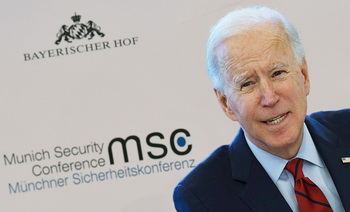 Strengthening of the Euro-Atlantic Solidarity and Ukraine

International experts state that since the beginning of the 2010s, the situation in the world has become significantly more complicated due to the emergence of new centers of force, as well as a number of other military, political and economic factors. The peak of such events was in the period 2018–2020, when international relations began to turn into chaos. This is primarily due to former US President D. Trump, who pursued a rather controversial and inadequate policy. At this, the situation in the international arena actually depended on the policy of that leading state of the world.

Today, this situation is changing again, that is, a certain logic began to be seen in the world processes. The reason is again the US policy: after the election of US President J. Biden, it becomes clearer. He, unlike his predecessor, will no longer “flirt” with Russia. That is, he has chosen a tough course to curb Moscow’s neo-imperial ambitions, restored positive relations with Europe, and is trying to build a more balanced relations with China.

This is evidenced by the “tone” of the 2021 Virtual Munich Security Conference, which took place on February 19, as well as a number of other recent events. In particular, we mean the specific content of the speeches of the conference participants, their implementation of the proposed in practice.

Thus, given the most urgent current global issues and key processes, the conference participants mainly considered the fight against the COVID-19 pandemic; restoration of transatlantic relations; differences in the interests between the West and Russia and China, as well as their consequences for global and regional security; global climate change on continents.

The discussion was attended by UN Secretary General A. Gutteres, US President J. Biden, NATO Secretary General J. Stoltenberg, European Council President Ch. Michel, German Chancellor A. Merkel, French President E. Macron, Prime Minister of the United Kingdom B. Johnson, as well as a number of other politicians. And, as we know, the leaders of Russia, China and the Middle Eastern countries refused to participate in the conference…

So the conference, in fact, became an American-European event supported by the UN leadership as the most authoritative international body. In fact, it became a Western platform where the views of the dominant USA, NATO and the EU were made public. Thus, during their speeches, the main participants of the conference came to the following conclusions:

As expected, the conference participants discussed Russia’s armed aggression against Ukraine and geopolitical consequences that arise in this regard. For the first time, a clear assessment was made of Ukraine as a “cornerstone” of transatlantic solidarity and security. Thus, according to US President J. Biden, “Putin seeks to weaken European — the European project and our NATO Alliance. He wants to undermine the transatlantic unity and our resolve, because it’s so much easier for the Kremlin to bully and threaten individual states than it is to negotiate with a strong and closely united transatlantic community”.

That’s why, J. Biden stressed, standing up for the sovereignty and territorial integrity of Ukraine remains a vital concern for Europe and the United States. At the same time, he spoke about the need to strengthen measures to deter Russia.

Similar views were expressed by NATO Secretary General J. Stoltenberg and German Chancellor A. Merkel. However, they all warned against returning to the Cold War.

As mentioned above, the conclusions and proposals of the UN, US, NATO and EU leaderships are reflected in their practical decisions and actions. For example, on the same day, i.e. February 19, 2021, the leaders of the G7 countries held a separate video conference on countering COVID-19. In a final communiqué, G7 leaders supported the COVAX initiative and promised to increase assistance to poor countries in addressing the pandemic. In this regard, the G7 countries have committed themselves to allocating the necessary funds for the needs of the World Health Organization, to strengthen cooperation in fighting the pandemic, to speed up the development of vaccines and vaccination.

The day before, Defense Ministers of the North Atlantic Treaty Organization met online to discuss the main provisions of the NATO 2030 strategic initiative. They reaffirmed common views on Russia and China as major sources of threat to NATO. At this, NATO Defense Ministers agreed on the need to maintain their technological superiority. In particular, as part of the practical implementation of such intentions, the Alliance has begun deploying modern reconnaissance and combat UAVs near Russia’s borders in the Black Sea, Baltic and Arctic regions. At the moment they are already deployed in Romania, Poland and Norway.

In turn, on February 22, 2021, Foreign Ministers of the European Union member states agreed on the introduction of a new package of sanctions against Russia for the poisoning and arrest of A. Navalny.

Support to Ukraine on international level was also demonstrated. Thus, the United States, the European Union, Canada and most other countries, during the debate in the UN General Assembly on the Donbas and Crimea on February 23, 2021, completely sided with Ukraine. They condemned Russia’s aggression against Ukraine, and also rejected the Russian officials’ attempt to present the conflict in the Donbas as a “civil war in Ukraine” or to justify the annexation of Crimea.

In addition, on February 25, 2021, during NATO Secretary General J. Stoltenberg’s phone conversation with President of Ukraine V. Zelenskyy, was confirmed the Alliance’s intention to keep providing assistance in strengthening Ukraine’s security and restoring its territorial integrity.

Against this background, Russia’s refusal to participate in the Munich conference at the state level was another fact of the failure of Putin’s policy. This refers to Russia’s inability to justify its aggression against Ukraine, which has become a “red line”, led to the resumption of the confrontation between Russia and the United States and Europe, and undermined Russia’s position in the world. The same applies to a number of other issues related to Russia’s war crimes in Syria, its interference in elections in other countries and its cyber attacks on their computer networks, as well as the harassment of the Russian opposition.

As a result, V. Putin has recently begun to avoid public talks with Western leaders on sensitive topics. On the one hand, he simply has nothing to say, and on the other hand, he is clearly avoiding open criticism that may be expressed directly in his presence. That is why V. Putin demonstrates his position on the geopolitical situation in the world and international security in other, more convenient for him formats.

On the eve of the Munich conference, V. Putin expressed his views on these issues during his closed online meeting with the editors-in-chief of Russia’s leading media. The main theses of his speech were made public. As usual, V. Putin accused the West of pursuing an aggressive policy toward Russia, of trying to undermine it from within with the support of the Russian opposition. He also regretted the collapse of the Soviet Union, calling it a “geopolitical catastrophe”. However, according to him, Russia managed to cope with the crisis, not only to restore but also to significantly strengthen its military potential and influence in the post-Soviet space. Among other such achievements were successes in fighting the COVID-19 pandemic and ensuring Russia’s food security. V. Putin explained all this by the “passionarity” of the Russian nation, which “occupies an exceptional position in the world and can overcome all problems”.

At this, Russia has again begun to threaten the United States, NATO and the European Union. Some Russian politicians mentioned again the existence of modern weapons in Russia, which have “no analogues in the world”, namely — the Sarmat missile system, Poseidon submarine, Burevestnik cruise missile with nuclear engine, as well as laser and hypersonic weapons.

There was also an attempt to put direct pressure on the EU over its policy towards Russia. And the Russian leadership issued an open warning of its readiness to sever relations with the European Union if new anti-Russian sanctions are imposed.

Russia’s intensification of hostilities in the Donbas has been quite significant, effectively disrupting the ceasefire. Similarly, Russia has actually disrupted the negotiation process to resolve the conflict in the East of Ukraine.

However, as we have already said, such actions of the Russians did not frighten their opponents. Today’s effective measures by the United States, NATO and the EU to strengthen Europe’s security make it possible to contain threats from the Russian Federation. Western military experts have even proved that the message about Russia’s latest weapons is nothing else but a desire to present the desired for real. After all, most of these samples are at the design stage and exist only in the form of prototypes or simply do not meet the stated characteristics.

This is shown by the fact of Armenia’s combat use of the Iskander-M operational-tactical missile system during the Nagorno-Karabakh war in the autumn of 2020, when the missile fired at the military airfield near Ganja deviated from the course and fell on residential houses. And the Armenian Prime Minister N. Pashinyan stated that the missiles did not provide a proper accuracy of hitting targets.

Even greater problems arose with the conventional weapons that Russia supplied to Armenia. Turkish Bayraktar TB2 UAVs would easily destroy that Russian military equipment — from tanks and artillery to anti-aircraft missile systems. And with a live streaming of this “process” on television and on the Internet.

Of course, all this does not preclude threats from Russia to either the West or Ukraine. On the contrary, as the internal situation in Russia becomes more complicated, such threats reach a higher level. Thus, in order to divert attention from Russia’s internal problems, the Putin regime may expand the scale of armed aggression against Ukraine and intensify the confrontation with the United States and Europe. This may become urgent with further decline of the authority of V. Putin and the ruling United Russia party, in particular, with the approach of parliamentary elections in the Russian Federation.

In turn, this makes us further strengthen Ukraine’s defense capabilities on the Eastern direction, not in words, but in deeds, to deepen Ukraine’s military and military-technical cooperation with the United States and NATO. Especially since the readiness for this was emphasized during the Munich Security Conference.