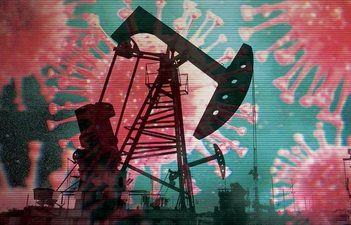 Geopolitical Conclusions for the World

Participants of the World Economic Forum in Davos in January 2020 drew a conclusion that consequences of the world globalization for humanity are ambiguous, because they can be both positive and negative. This is evidenced by the processes taking place in the world since the beginning of this year. First of all, the consequences of the coronavirus epidemic and destabilization of the world oil market are taken into account. Although the causes of these events are different, they are still closely linked.

Let’s not worry about what caused the coronavirus. Many considerations are already known. From assumptions about the leakage of biological weapons from a military laboratory near the Chinese city of Wuhan (where the epidemic began), and to versions of the USA’s biological attack on China as a result of a strained bilateral relationship. To this can be added the statement about the emergence of coronavirus as a result of mutation of existing viral infections under the influence of global environmental changes in the world, about its arrival from space and, even, about “God’s punishment” for humanity.

However, this does not matter. What does matter at the geopolitical level, is the epidemic consequences for this world, which show how the world globalization can lead to a similar global crisis.

Thus, the development of transport communications has objectively contributed to the expansion of trade and economic cooperation between different countries and, consequently, to the growth of the world economy. Via the same transport communications, the epidemic spread rapidly across the globe, from China to the USA and Europe and to other outermost regions. In fact, modern commercial civil aviation has done this within a few hours.

At this, despite the relatively small number of patients and deaths from the coronavirus (compared with mass epidemics before the advent of modern medicine), the countries’ measures to combat this disaster are quite damaging to their economies. First of all, such as business shutdowns, quarantine transport restrictions, as well as the need for additional expenditures to provide enhanced equipment for medical institutions, to return citizens from other countries, etc.

The economic interdependence of the of different countries due to the globalization has caused a “domino effect”, namely, the spread of a wave of mutual negative influences. One such consequence was a fall in world oil prices due to lower demand. This, in turn, has caused significant financial losses for oil producing and exporting countries.

The “oil war” between Russia and Saudi Arabia (as the leading OPEC country) has become an additional factor in destabilizing the world economy. Russia refused to continue the agreement with OPEC, which envisaged a reduction of collective oil production in order to maintain stable prices favorable to hydrocarbon exporting countries.

The reason for this decision was the hopeless (stalemate) situation in which Russians found themselves due to some weakening of their country’s position in the global energy market. Thus, the widespread use by US companies of new technologies for the development of shale reserves of hydrocarbons allowed the United States to outstrip Russia in the oil production. At the same time, the United States, by increasing its supply of liquefied gas to Europe, has intensified competition with Russia in the gas supplies to the EU countries. In addition, problems have arisen in the Chinese economy since the beginning of the year, causing cutting of Russian oil supplies to China by more than 30 %.

Under such circumstances, Russia’s consent to reduce its oil production would result in further undermining Russia’s positions in the global energy market, financial losses and technological problems in the operation of oil production and oil transportation equipment. On the other hand, Russia’s refusal to comply with the OPEC agreement would again cause its financial losses because of falling world oil prices. Therefore, the Russian leadership is trying to keep production at the highest possible level and, at the same time, to undermine its competitors’ oil industries. In particular, according to Russians, the fall in world oil prices will force the United States to stop the development of shale oil, as it will make it unprofitable. Which, in turn, will raise oil prices to a level acceptable for Russia. In addition, Russians hope that low oil prices will “kill” Saudi Arabia’s economy faster than Russia’s, as Russia has significant financial reserves.

All in all, these processes have brought together, at one point, the worldwide problems associated with both, the coronavirus epidemic and the sharp fluctuations in world oil prices. As a result — a new financial and economic crisis is actually beginning, much greater than the similar crises in 1998 and 2008–2009. The IMF experts also outlined such prospects at the World Economic Forum in Davos in January 2020.

It is the complication of the economic situation in the world that creates the basis for the aggravation of international relations. As noted above, due to the problem of oil prices, a new line of confrontation between the USA and Russia has already emerged. In particular, March 20, 2020, the United States threatened to impose new sanctions on Russia for its efforts to undermine the US oil industry.

At the same time, relations between Russia and Saudi Arabia (one of the leading oil producer) have deteriorated. By the way, it was the “oil conspiracy” of the USA and Saudi Arabia in the 1980s that had led to a sharp fall in oil prices, which destroyed the economy of the USSR and caused its collapse.

The European Union also has a number of new problems. In particular, the borders between the Schengen countries have been blocked under the pretext of combating the spread of the epidemic. It is, in fact, the first such step in the EU, besides restrictions during the migration crisis.

We should also point out Washington’s decision to ban the EU citizens from entering the United States, which was also made under the pretext of combating the coronavirus. In Europe, this was seen as another manifestation of D. Trump’s isolationist policy. Similar problems were encountered in Sino-European relations, when Beijing limited the number of Europeans’ visits to China after the first wave of the epidemic went down there and, on the contrary, began to increase in Europe.

Although crisis processes have created common threats to all countries of the world, most of them manifest selfish positions, that is, they are driven solely by their own interests. In addition, the aforementioned problems are used in such interests. Thus, according to media reports (which we in no way take as “absolute truth”), China has earned about 20 billion US dollars during the epidemic. In particular, China is reported to have bought out about 30 % of Chinese monopolies’ shares, the price of which has fallen due to panic as a result of the epidemic. In this way, China allegedly appropriated some of the US and European investment in the Chinese economy.

In his turn, US President D. Trump is openly trying to raise his rating in the run-up to the presidential election this autumn, through the epidemic. Describing himself as a “wartime president”, he has vowed the US will achieve a “total victory” over the coronavirus. Including at the cost of significant budgetary allocations to combat the epidemic and applying the laws adopted during World War II and the Korean War. In this way he is trying to equate himself to US President Franklin D. Roosevelt, who secured America’s victory in World War II, and to divert the society’s attention from the foreign policy failures towards China, Russia, Europe, North Korea and Iran.

Russia’s President V. Putin has the same goal. In particular, during the preparation of the vote on the amendments to the Constitution of the Russian Federation, which “forever” secures Putin’s presidency (“nullifying” all his previous presidential terms), the idea is being pushed that he alone will be able to save the country from the new crisis. Besides, due to the epidemic, the online voting will be carried out, which gives Russian authorities ample opportunity for manipulations.

But that’s not all. Russia sees the decline in political activity in the world and in Ukraine due to the epidemic as a good opportunity to implement Russia’s plan “to resolve” the Donbas conflict. To this end, various initiatives are being promoted through the pro-Russian lobby in Ukraine: to recognize the armed conflict in the Donbas as an “internal conflict in Ukraine”; to create various “reconciliation platforms”; to create a variety of venues for direct dialogue with the separatists.

All of the above-mentioned trends become particularly dangerous in the face of the decline in the effective work of leading international organizations designed to jointly address political, economic, security and other issues. But then, most of them have actually “quarantined themselves”, self-removed or opted for a remote activity. For example, due to the epidemic, the G7 and G20 videoconference summits have been planed, the spring session of the Parliamentary Assembly of the Council of Europe has been cancelled. Those and other events, which also have been canceled or postponed, the Ukrainian issue had been supposed to discuss.

Besides, visits to Ukraine of High Representative of the Union for Foreign Affairs and Security Policy Josep Borrell, President of the International Committee of the Red Cross Peter Maurer, President of Lithuania Gitanas Nausėda, Georgia President Salome Zourabichvili, President of Switzerland Simonetta Sommaruga have been cancelled.

In general, developments related to the spread of the coronavirus and destabilization of the world oil market confirm that international relations are turning into chaos. This was also acknowledged at the Munich Security Conference in February 2020. As a result, a new financial and economic crisis and another stage of escalating confrontation between the leading powers are in fact starting in the world.

In this situation, Ukraine is, in fact, left face-to-face with Russia, which not only does not abandon its neo-imperial policy, but also desperately seeks to take advantage of the situation. Therefore, Ukrainian society urgently needs to consolidate around the ideas of preserving the independence and sovereignty of its state, as well as restoring its territorial integrity on Ukraine’s terms. And, as always, to rely first of all on ourselves.