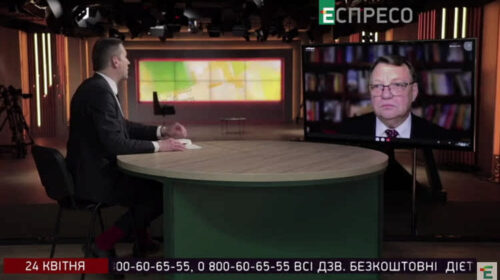 “Putin got trapped by annexing Crimea. And if he hoped that over time the situation would change and Russia would get used to living with sanctions, he was very wrong. The situation for him is getting worse. He urgently needs to pause now and decide where to move next. Now he needs to find a way out of the situation and go to negotiations. Once it was important for Putin to be among the 7 most influential countries in the world, and now he, as a “poor relative”, will report and tell something about the climate”, V. Hvozd explained in the program “Studio WEST with Antin Borkovskyi” on Espresso.TV.

According to V. Hvozd, the United States is giving Putin a chance to establish relations. “The current geopolitical situation for Putin is not very favorable. The “carrot and stick” method ties his hands for maneuvers in the international arena. The same China for whose support the Kremlin had hoped, is now only watching the situation from the sidelines. Therefore, I think that Putin will pause to decide on the vector of his international policy. And although the United States is now taking steps to improve relations with Russia, Putin will no longer be a major player in the world community”, V. Hvozd added.