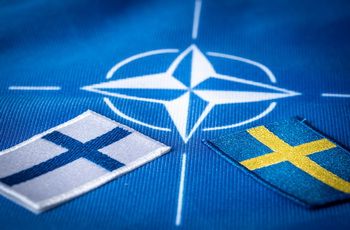 In March 2022 in the article “Neutrality for Ukraine. European Experience” we analyzed the reasons and conditions for the declaration of neutrality by a number of European countries, as well as the peculiarities of their foreign policy. In particular, Finland and Sweden were mentioned, which were neutral countries before Russia’s large-scale war against Ukraine, but worked closely with NATO. At present, the positions of those countries have fundamentally changed. Due to the growing threats from Russia, as shown by its attack on Ukraine, in May 2022 the governments of Finland and Sweden decided to join the North Atlantic Alliance and submitted applications. Such steps by Helsinki and Stockholm completely change the geopolitical and military-strategic situation in Europe. At the same time, it has an impact on the situation around Ukraine.

Russia’s war against Ukraine continues to change the world. As noted above, another such geopolitical and military-strategic change has been Finland and Sweden’s renunciation of their neutrality and their decision to join NATO. This really creates a fundamentally new situation in Europe, the world and around Ukraine.

Thus, the decision of Helsinki and Stockholm to join the North Atlantic Alliance finally put an end to the Kremlin’s plans to revive Russia as a “great world power” with its sphere of exclusive influence and Russia’s intentions to restrain NATO enlargement. Moscow and Putin personally have been completely defeated in the “battle” for influence in the world. A “great power” indeed, neglected by the whole world and not able to impose its will even on its closest, weaker neighbors.

Just remember Moscow’s ultimatums to the United States and NATO late last year. As you know, they included not only demands to stop the NATO enlargement process, but also to return it to the state of 1997, i.e. to exclude the countries of Central and Eastern Europe and the Baltics. And not to deploy strike weapons systems near Russia’s borders.

It was the United States, NATO and Ukraine’s rejecting those Moscow’s demands that caused a full-scale Russian attack on our state, which is no longer hidden by Russia. Besides, it is openly acknowledged that apart from destroying Ukraine, the attack on Ukraine was aimed at weakening the unity of the West and intimidating it with Russian military force.

However, Moscow’s aggressive policy has only led to the consolidation of the Western world based on the idea of deterring Russia, including through NATO enlargement. Evidence of this is the joint positive reaction of NATO member states to the decision of Finland and Sweden to join the North Atlantic Alliance. Moreover, it is possible that they will be granted the status of full members of NATO without going through the procedures of the Membership Action Plan.

Even before Finland and Sweden joined NATO, the United Kingdom, Norway, Denmark and Iceland had expressed their readiness to provide military assistance in case of Russia’s attack on them. According to the Norwegian government, the membership of Sweden and Finland in the Alliance will increase the guarantees of collective defense and strengthen security in the North Atlantic.

An exception is Turkey’s position, which demands from Helsinki and Stockholm to extradite members of the Turkish opposition and stop accusing Ankara of human rights abuses. But this issue is already being resolved within the framework of a possible US agreement to hand over the latest F-35 fighters to Turkey, which will make it an even more powerful rival to Russia in the Black Sea region.

Even more negative consequences for Russia will be the military-strategic aspects of changes in the European theater of possible military actions as a result of the accession of Finland and Sweden to NATO.

First of all, this concerns the prospects of the Alliance’s coming up to the north-western border of Russia from St. Petersburg to Murmansk. As a result, the entire region will be under direct threat, as well as Moscow’s transport links with the country’s northern ports.

Also, Russia will completely lose its position in the Baltic region, and the Baltic Sea will in fact become NATO’s “inland sea”. As a result, Russia’s Baltic Fleet will, in fact, be trapped. The approach of NATO’s military infrastructure to the bases of the Russian Northern Fleet will complicate its position too.

The NATO Response Force and, of course, US troops are likely to be stationed in Finland and Sweden, as has been the case in Central Europe and the Baltics since 2014. In particular, another NATO’s Rapid Deployable Corps may be established in Finland, Sweden and Norway.

That is why Russia will definitely face the need to create an adequate group of troops on the border with Finland. Prior to the war against Ukraine, the region housed the 6th Combined Arms Army, consisting of two brigades covering St. Petersburg from the north and south, and the 14th Army Corps of Coastal Troops of the Northern Fleet, consisting of three brigades covering the Kola Peninsula. Most of these troops are currently involved in the war against Ukraine and have been partially defeated.

Given these circumstances, in addition to the restoration and strengthening of these associations, Moscow will be forced to form one or two new armies. And this will again require funds, human and material resources, as well as appropriate weapons. Resolving this problem is an extremely difficult task, even in peacetime, let alone the period of war, when Russia is already facing a shortage of all such resources.

And most importantly. Russia can no longer do anything to remedy this situation in its favor. Except to threaten Finland and Sweden with “military-technical solutions” or to continue trying to intimidate NATO with nuclear weapons.

Despite the geographical remoteness of Finland and Sweden from Ukraine, the above-discussed circumstances are directly related to Ukrainian interests.

Firstly, the examples of Finland and Sweden prove the unity of the West’s position on deterring Russia. Based on this, Ukraine’s Western partners will continue to support our state in its confrontation with the Russian invader.

Secondly, the consent of NATO leaders and members to Finland and Sweden’s joining the Organization demonstrates that the Alliance’s policy of openness and readiness for further enlargement is maintained. In turn, this means that there are Euro-Atlantic prospects for Ukraine as well. Moreover, there may be a precedent for the accelerated admission of new members to the Alliance.

Thirdly, the prospect of NATO’s coming up to Russia’s northwestern border requires it to respond appropriately in the military sphere. This distracts Moscow’s attention and resources from Ukraine.

One cant help mentioning here a new idiom, which was launched in the information space at the end of last year in response to Russian ultimatums. “Regardless of whether you like it or not, NATO is enlarging!”