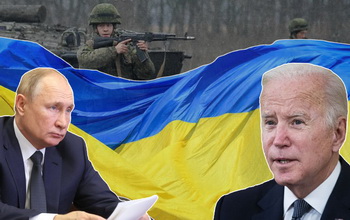 Otherwise, There Will Be a Threat of a Most Severe Cold War

Theo Sommer, a veteran of the popular German newspaper Die Zeit, has published an article about events in the field of geopolitics provoked by Russia’s aggressive policy, to which the international community is forced to react. In particular, Europe and the world are beginning to be threatened by war, which the Kremlin leader is trying to inspire under pressure from his environment, personal ambiguous ideological and imperial beliefs, and objective economic influences. The economic situation in Russia is deteriorating further, it is under international sanctions, imposed on it due to Putin’s aggressive policy, and which can lead to extremely undesirable consequences for the Russian leadership.

As for the full list of possible US responses to the aggressive invasion of Ukraine by Russian troops, they have not yet been disclosed, and this dissatisfied leading politicians and statesmen in the United States itself. After all, the announcement of such possible sanctions, they are convinced, would be an additional deterrent to the Kremlin’s plans to launch an invasion of Ukraine.

One thing is clear: if Putin makes a move to invade Ukraine, this will have far-reaching consequences. It could even be a local war, predicts Theo Sommer — not a major conflict between East and West, but the Russian-Ukrainian confrontation. Besides, it would provoke the coldest war imaginable, which would cause significant financial costs and tangible consequences. Namely, economic sanctions, the rupture of Russia’s economic relations with the West, the shutdown of the Nord Stream 2 gas pipeline project.