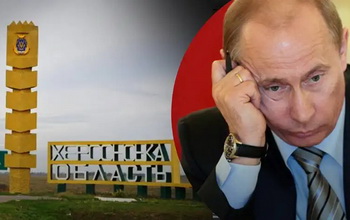 Let us analyze the situation related to the Kremlin’s attempted annexation of another part of Ukrainian territories. I consciously call it an attempted annexation, not a real implementation of this act. Moscow may proclaim anything. It also may try to celebrate on the Red Square the “accession to Russia of new lands”. As if it has not enough of its own lands: from St. Petersburg to Vladivostok. They should have ensured a normal life for own people there, and did not come to us with their “Russian world”. Despite any Russian “referendums” or “annexations”, we are already driving that “Russian world” out of our land. And Russia has driven itself into an irreversible “dead end”.

We once wrote that everything is simple here in Ukraine. The entrance is a ruble, the exit is ten. Due to the unleashed large-scale war against Ukraine, the Russian Empire under the leadership of Putin begins to inevitably decay. The Kremlin is still trying to prevent this, including through loud proclamations about “accession to Russia of new territories”. Namely, temporarily occupied territories of Donetsk, Luhansk, Zaporizhzhia and Kherson regions of Ukraine.

On this occasion, a “celebration” with the participation of Putin (or one of his body doubles) was arranged in Moscow on Red Square. But there was not enough joy at the “holiday”, because most of ordinary people do not care about Russia’s new “territorial acquisitions”, for which they have to die for some unknown reason.

Putin arrived in Red Square in a black jacket from the famous Italian brand. It costs 435 thousand rubles. While forcibly mobilized Russians must buy military uniform and equipment at their own expense. By the way, they should give for it some 100,000 rubles, which are given in the form of so-called support allowance. That is, for their own equipment, the mobilized must give the money promised to them for their future participation in war. 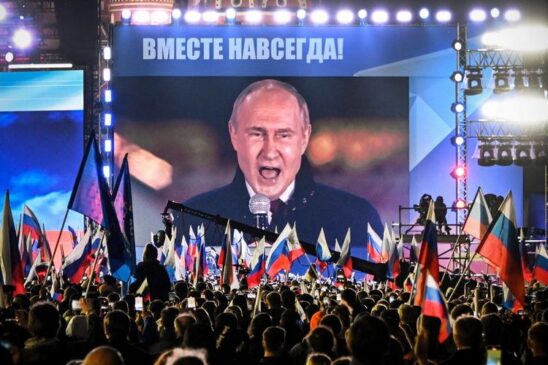 Soon the Russian military will have to buy weapons and ammunition at their expense. Various “volunteer” organizations already urge the Russians to “collect the money” for the weapons for the army. Something similar happened in 1611, when Minin and Pozharsky organized the people’s militia to protect Moscow from Polish and Ukrainian troops. But even in those days, no one wanted to sacrifice their lives or money for incomprehensible ideas. Therefore, as historical sources say, for the purchase of weapons, Minin and Pozharsky sold whole villages with serfs to the Crimean Khanate.

Interestingly, celebrating the “accession of new territories”, Russia is simultaneously forced to buy weapons from such rouge-states as North Korea and Iran. Today, with the help of Iranian drones, Russia is trying to somehow change the situation at the front in its favor. Therefore, it bombs Mykolaiv and Odesa with Iranian drones, because there is nothing else it can do. It is also unable to maintain control of those Ukrainian territories that Moscow tries to proclaim its own. We are confidently liberating them, and Russia cannot interfere there.

For example, it was on the day of Moscow’s attempted annexation of our territories that we began to liberate them. The city of Lyman in Donetsk region and five villages near it were liberated from the Russians. And we go on, we continue to liberate Zaporizhzhia and Kherson regions. There, Ukrainian troops also change the dynamics of battle in their favor. On October 2, as a result of the counter-offensive of Ukrainian troops in the north of Kherson region, the village of Zolota Balka was liberated. Thus, another step was taken to the liberation of the whole territory of Kherson region from the occupiers. 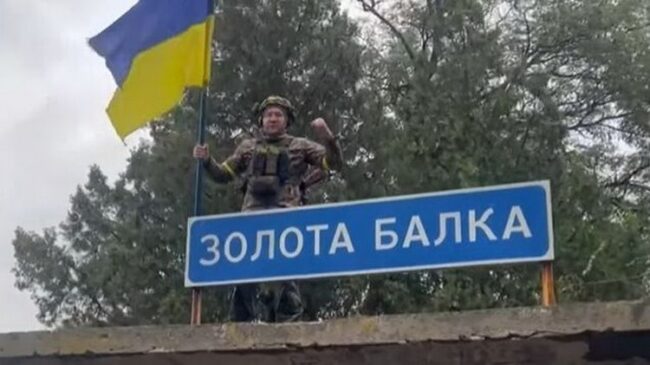 In addition, on the day of Russia’s announcement of the “accession of new territories”, Ukrainian troops carried out the strikes on Russian military bases in Crimea. All Russia could do in response, was to launch a few more missiles against our cities and villages. Due to their insufficient number, it is forced to use the S-300 anti-aircraft missile systems against ground targets. But we successfully destroy them with anti-aircraft artillery or unmanned aerial vehicles. 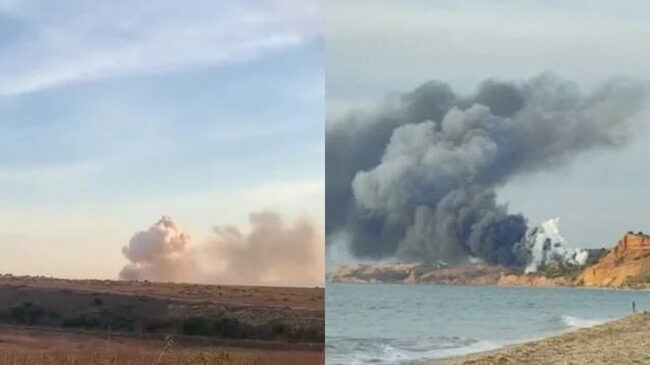 The ineffectiveness of the highest security body of the UN forces Ukraine to look for other ways to ensure its own security. On September 30, 2022, Ukraine applied to join the North Atlantic Alliance in an expedited manner. 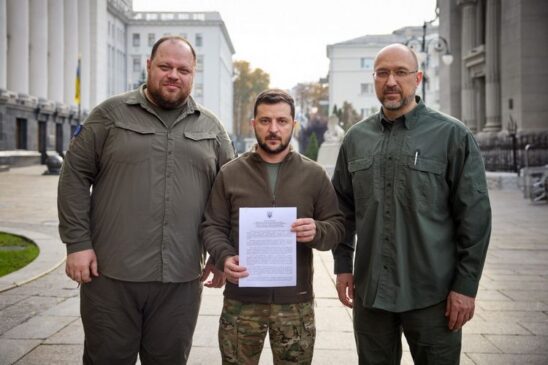 NATO leadership and a number of member countries of the Alliance have already supported this aspiration of Ukraine. According to NATO Secretary General Jens Stoltenberg, “Every democracy in Europe has the right to apply for NATO membership, and NATO Allies respect that right”. To date, Ukraine’s application for NATO membership has already been officially supported by 10 member countries of the Alliance.

“Ukraine’s inspirational bravery can only strengthen our alliance”, believe Foreign Ministers of the Baltic States. Next in line are other Western countries, first of all — European ones, for whom Ukraine is an advanced outpost in deterring threats from Russia.