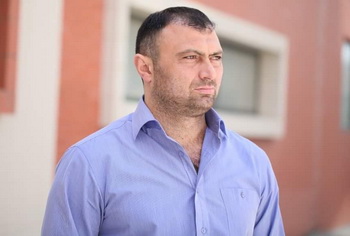 The author of the article is Editor-in-Chief of the international news agency “Novayaepoxa.Com — New Age” (Baku, Azerbaijan) Caucasus Omarov.

We offer our readers to read an exclusive article by this author for “Borysfen Intel” Centre (in Russian).

Exacerbation in the Donbas, Economic Crisis and the Steps of the Revolution: Who Is Digging a Grave for the Russian Regime?

For the first time in the last year, the Ukrainian Armed Forces and the military units of unrecognized entities have accused each other of violating the armistice with the use of heavy weapons: mortars, heavy artillery and large-caliber guns.

The “rattling” of weapons at Ukraine’s eastern borders reminds of the events of 2014 and keeps the public of the world and, above all, the Ukrainian side and its western neighbors in suspense about possible new military actions.

Politicians, as expected, fulfilled their mission, once again “having expressed their concerns” about the aggravation of the situation in the Russian-Ukrainian conflict zone. We will try to clarify the situation and keep our hand on the pulse of the political moods of the public of Ukraine and Russia, including the opinions of independent military experts who know the situation well.