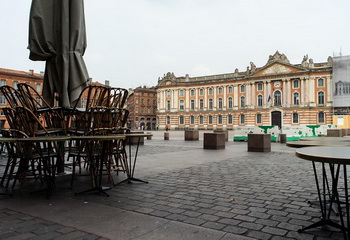 At least one million people have lost their jobs during the past two weeks in Europe according to the latest data from the European Trade Union Confederation (ETUC).

The startling figure comes from reports submitted by trade unions across Europe, and only includes contract workers who have applied for unemployment benefits.

“What we are experiencing at the moment, especially in the last week, is that the number of companies disappearing from the market is increasing dramatically”, explains Luca Visentini, ETUC Secretary General. “Thousands and thousands of small and medium enterprises that have been locked down will not be able to come back to the market because they are dying. And on the other side we are witnessing at least one million workers that became unemployed across the different European countries because of the lack of short time work arrangements or sick pay”.

The true number – including those without contracts and freelancers could be far higher.

“Can you imagine what is going to happen after Easter if this situation is not fixed by some emergency measures?” asks Vicentini, “The risk is that it will be triplicate, quadruplicate”.

“Large parts of these losses will happen in Europe if Europe does not take urgent decisions how to tackle this emergency”, warns Visentini.

Trade unions are calling on the EU to save jobs with income replacement systems. For this to work, a 200-400 billion euro fund is needed. Otherwise the crisis management later will cost much more, according to Visentini.

“The problem is: there’s not enough money. So the only way to ensure that the systems that are able to cope with this emergency can be established in countries where they don’t have them, is European Union raising the money to finance a European system for reassurance”.

However, not all EU countries are on board with a common debt instrument to tackle the crisis.

The EU has already announced they will allow member states to use the already existing funds, worth 37 billion euros.

But the EU’s commissioner for the economy agrees that this might be just the first step.

“For sure for a recovery plan we strongly need this is not sufficient so we need to identify targeted ways to finance these targets of a general European recovery plan for the months that we ahead”, Paolo Gentiloni, EU commissioner told Euronews.

So far, Eurozone finance ministers could not agree on common measures. Their next extraordinary meeting will be on April 7.

P.S. The ETUC have 45 million members from 39 countries across Europe.

Original publication by the Euronews