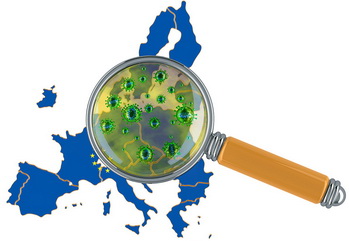 Today, in most countries around the world, regardless of their level of economic development, national well being or geopolitical influence, we can watch governments’ and societies’ attempts to counter the Covid-2019 pandemic. China, South Korea, India, the United States and almost all European countries are not able to somehow deal with this challenge. The leadership of some states, known as the closed ones, such as Russia or North Korea, have decided to hide (both from the world public and their people) the real state of affairs with the disease of the population because of their internal political considerations.

Besides, Russian secret services continue to create problems for European unity in order to dismantle the European Union. By the way, recently, Russians, under the pretext of providing medical aid, have sent by air “humanitarian” cargoes to the pandemic-ridden Italy. The “humanitarian aid” has turned out to be useless. But interestingly, the accompanying persons turned out not to be doctors, but officers of special services. In addition, they arrived in Italy being already infected with coronavirus. Possibly they came to be cured as they could not even be diagnosed at home. However, Moscow has reached a propaganda effect: the “peacekeeping assistance” to Italy is activating EU voices to lift sanctions from Russia.

European analytical centres also point to a new tendency in actions of some political leaders — heads of state. Including Ukraine’s geopolitical neighbors. There, ruling elites are trying to use the Covid-2019 pandemic to gain political dividends and secure their further staying in power.

Ukraine should consider other countries’ mistakes in order to avoid difficulties in the process of building its own statehood, improving its health care and, in general, Ukrainian civil society.