When you are engaged in a useful business, you do not quite notice the time. This can be said about the team of the Independent Analytical Center for Geopolitical Studies Borysfen Intel, who celebrate the 10th anniversary of the Centre’s active work. Today, each of the member of the team, without exception, has a feeling that they established the Center, if not yesterday, then at least a year or two ago. But in reality, it happened in December 2012, that is, a decade has passed since the beginning of our thorough work, initiated by Victor Ivanovych Hvozd. 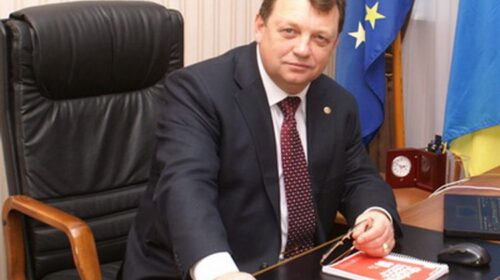 At the first press conference on December 6, 2012, he announced the creation of the Center, the content and directions of work of those of his colleagues who formed its basis, and promised that all our work will be in the name of Ukraine and its statehood.

His promise was fulfilled and goes on being fulfilled, although without his direct participation: Victor Hvozd tragically died a year and a half ago. But the activity of the Center started by him does not stop. This activity also serves as a reminder of the founder, who himself worked for the benefit of Ukraine and called on others to do so. 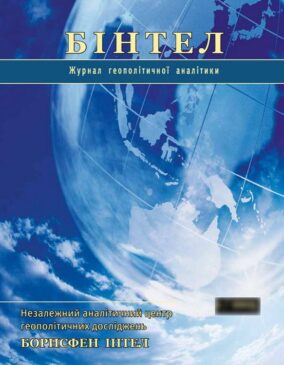 It is not difficult to prove the usefulness of the Borysfen Intel Center, as well as to prove the relevance of the performed geopolitical studies. One just needs to look through our website, to read the printed materials, which have become a noticeable achievement on many interesting and important problems, to open the issues of the BINTEL journal which appeared two years after the start of the work of the Center. Over time, special thematic issues of the journal began to be published. And, of course, to re-read reports on the participation of Borysfen Intel’s team in events that addressed problems related to Ukraine, speeches at international seminars and conferences, interviews in the Ukrainian and foreign media.

Representatives of the Center also took part in the annual book fairs in Lviv, where they familiarized the audience with their printed products. Among such are Victor Hvozd’s monograph “Historical, Legal and Political Aspects of the State’s Intelligence Activity”, his book “Ukraine’s Military Intelligence at the Turn of the Third Millennium”, a collection of selected articles by American political scientist of Ukrainian origin Stepan Oliynyk “For Freedom and Democracy”, etc. The relevance of such publications can be evidenced by the fact that the book about the Ukrainian military intelligence, as well as the above-mentioned monograph, had to be published additionally, since in Ukraine the author was the first to pay attention to such a topic. It is not for nothing that an offer was received from colleagues from abroad to translate the books into foreign languages.

It is equally important that young people joined the work of the Center. As a rule, students of our universities, where geopolitics is studied. In one of these universities, the Kyiv-Mohyla Academy, President of the Center Victor Hvozd gave lectures and conducted practical classes and seminars for a long time. Some of the students expressed a desire to practice at the Center, where they were given due attention and assisted in research work.

One of the factors that made the work of the Borysfen Intel’s team successful is that they were all former military and understood each other from half a word. In general, this always happens when people are aware of their civic duty and do not betray it under any circumstances. Even more so now, when the fierce Russian-Ukrainian war began and continues. Therefore, our studies, by their nature, resemble military reports with an analysis of further possible events not only at the front. We are closely monitoring the attitude to this war and in general to the policy of the Ukrainian state in foreign countries — in the EU, the USA, the Middle and Far East, Latin America, Africa.

We, Borysfen Intel’s team, always try to soberly perceive current events, carefully analyze them, draw conclusions based on our official and life experience. After all, we all had served as officers in different parts of our homeland and the world. On the one hand, this is good, because it is useful in our work. On the other hand, it forces us to make reservations about what our successors, who choose such a social activity or even profession today, should react to. And if this requires valid arguments, then the best of them will be ten years of our tireless activity in Borysfen Intel Center.

Today, the Center’s activities are led by an experienced analyst Olexander Fedorovych Bielov, a professional and expert, well-known in Ukraine. Therefore, there is confidence that Borysfen Intel will continue its work in an important matter of geopolitics.