Today’s Security Forum “A New Strategy for Peace and Security” raises a number of issues important for our country, but I have to point out that we should pay attention to such an extremely important state tool as intelligence. This tool is very relevant in today’s complex world.

In principle, I can use the expression of a British military expert who spoke before me, that the modern Ukrainian Armed Forces should be mobile. And I would say: “No intelligence, no mobility”. And this could be a summary of my whole speech.

Given the fact that the intelligence issue is touched upon for the first time in the broader public, and the approach to it in Ukraine is still the Soviet one, as to something super-secret and mysterious, and this is often very beneficial to the authorities, and sometimes it makes them use the intelligence for purposes other than intended, or ineffectively, when they judge about the intelligence by the personal devotion of its head, not by its work, and also quite often on the principle of a pendulum, that is, from the constant criticism of the structure, and on the change of the leadership — to praising it as the most effective structure — although everyone is well aware that it takes more than a month to create  an effective  intelligence service.

But this is not the worst thing.

It’s awful when intelligence is used for a criminal purpose to fight opponents or those who do not support the government, as in the case of Russia, where officers of the military intelligence (and not of it alone) in the territory of another country practically use weapons of mass destruction to eliminate opponents of the Putin regime, or when representatives of special services of Saudi Arabia (Imagine?!) in the territory of their diplomatic representation in Turkey tortured and then dissected the opposition journalist, disregarding not only the norms of the international law (I mean two Vienna Conventions), but committing elementary crimes from the point of view of the laws of their own country. Such actions of the above-mentioned intelligences, which wanted to please their patrons, actually led to the isolation of the two countries, and not only did their ruling elite suffer from it, but the very image of ordinary citizens. 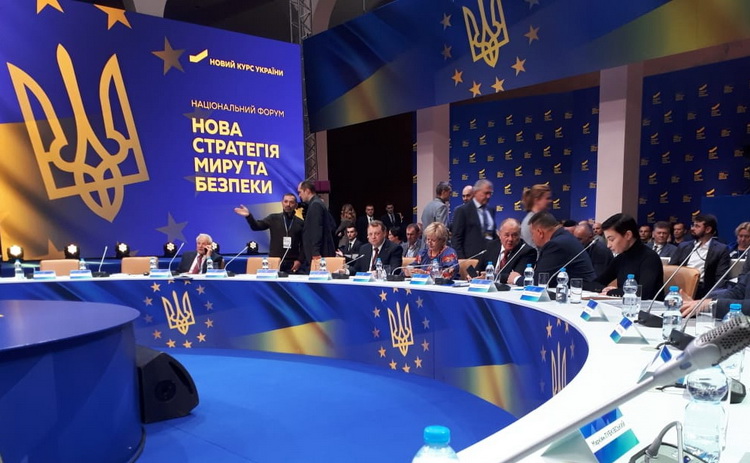 And a different situation is known, when in democratic countries, besides parliamentary, presidential and judicial control over special services, there is also a public one. In the United States alone, in the 1980s, at civilian universities there were more than 250 courses on intelligence. Such courses are available, for example, in the United Kingdom and other countries. That is, their citizens who are assigned to responsible governmental positions already know how to use such a tool as the intelligence service and intelligence collected. Therefore, I am not talking about the forms or methods of activity of the Ukrainian intelligence, and not about its personnel, which constitutes state secrets, but about the principles on which it should be built, taking into consideration my experience gained during the almost forty years of service in the intelligence and during my work in responsible posts in the Administration and the Secretariat of the President of Ukraine, where I had to work with intelligence information.

I should emphasize that no important governmental decision, be it political, economic, or in other spheres, can be made without reliable, timely and qualitative intelligence information from the Ukrainian intelligence agencies. Not from foreign, or some other, but strictly from Ukrainian ones, regardless of whether someone likes it or not. Especially when we have a war in Ukraine, when our state today faces dozens of threats and challenges: from attacks on our territory to terrorist actions against our citizens.

And, of course, we should answer the question: Is our intelligence capable of effectively counteracting such challenges?

The year 2014 showed that at the time of the beginning of the Russian aggression against us, we were, figuratively speaking, blind and deaf. This was the result of the leadership of our country and the management of its special services being full  of representatives of the Russian “fifth column”, who actually had been blocking our effective work on the eastern direction. But it is difficult to understand why the already new government has subsequently blocked the reform of the intelligence agencies? Why did the Parliament failed to adopt the laws that would significantly enhance the capabilities of the intelligence? They were blocked not only by the opposition, which is quite understandable, but also by part of the pro-government majority, which is already quite difficult to explain. Why were professionals squeezed out from the intelligence? There are many other “why”s, which, unfortunately, I do not have the right to mention even in such a respectable, open audience.

But I believe that in Ukraine was violated the basic traditional rule, following which, intelligence agencies of democratic countries have been successfully functioning for centuries — was violated the tradition in the intelligence, when the experience gained is passed from generation to generation, the intelligence process is continuous, and intelligence officers, who actually selflessly put their life at the altar of service to the state, are sure that despite changes in the political situation of the country or in its leadership they will be able to continue to perform their duties and tasks. 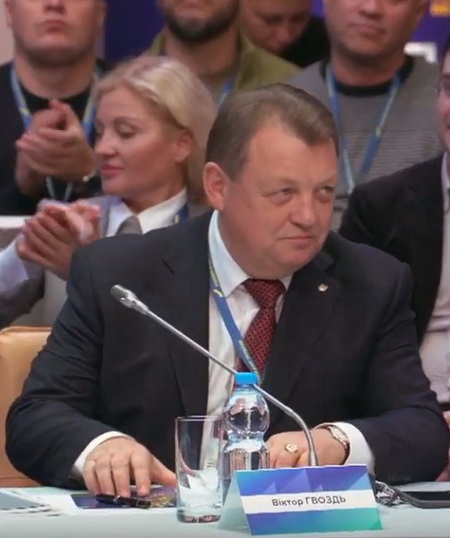 I would like to use the following allegory: “Intruders in order to quietly destroy, kill a blossoming fruit tree, secretly cut its roots, that is, cut off the body’s nutrition. For some time the tree still stands, as if everything is alright. But such a tree is doomed, it will inevitably die”. The same in intelligence — to destroy traditions, break the ties of generations, let “foreign bodies” in — is the same as to cut off its roots. It will simply cease to exist as an effective structure.

Intelligence should not serve specific individuals or political forces, but, being out of politics, it should serve the Ukrainian people and the state to ensure its national interests and security.

It is worth reminding that all civilized countries are building intelligence on four, so-called, reference points: first — traditions that have just been mentioned, second — people, that is, specially trained and politically unbiased professional staff, third — modern intelligence equipment, fourth — sufficient funding.

The next thing I want to mention — is the work of the intelligence agencies, which should be seen not as an ordinary tool, which can be blunt or sharp, depending on who operates it, but as an integrated system of information support of national security and defense, which consists of the consumers of intelligence, first of all — the President, the Prime Minister and others who make decisions in the interests of the country. And the activities of other consumers, as well as other actors who, according to the law on intelligence agencies, are not considered official members of the intelligence community, but also collect and possess information in their departments. Today, in the postmodern globalized world, in the time of advanced information technology, when conflicts move to the so-called “cyber, cognitive, and kinetic” level, information often comes in much greater volumes than one can process and provide a high-quality final intelligence product. 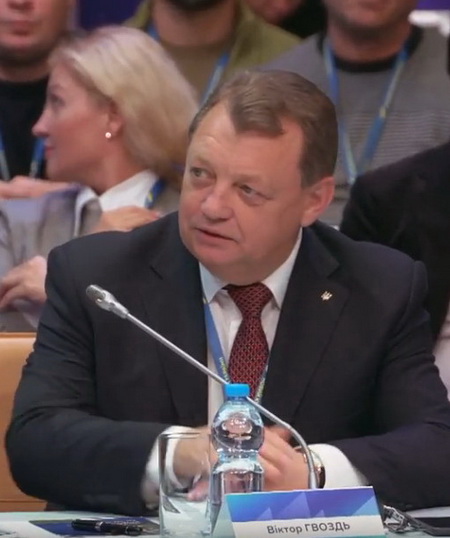 That is why, intelligence nowadays faces other challenges, as evidenced by world experience, in particular of the United States after the 2001 terrorist attacks in New York. On the eve of the attacks, various US intelligence agencies had enough information on the preparation of terrorist attacks, but there was no joint coordination center that would generalize, analyze and timely prevent terrorist attacks. Later, a national intelligence office headed by a director was established, which has the function of coordinating and controlling the activities of the intelligence community.

In addition to coordination, they also perform administrative and managerial functions. These so-called coordinators give the intelligence agencies instructions from the President and, conversely, intelligence information from them for the leadership of the state. This is not considered a whim. This is a requirement of the time. Why am I making so much out of it? Because I experienced this all, when I headed first the military, and later — the political intelligence. 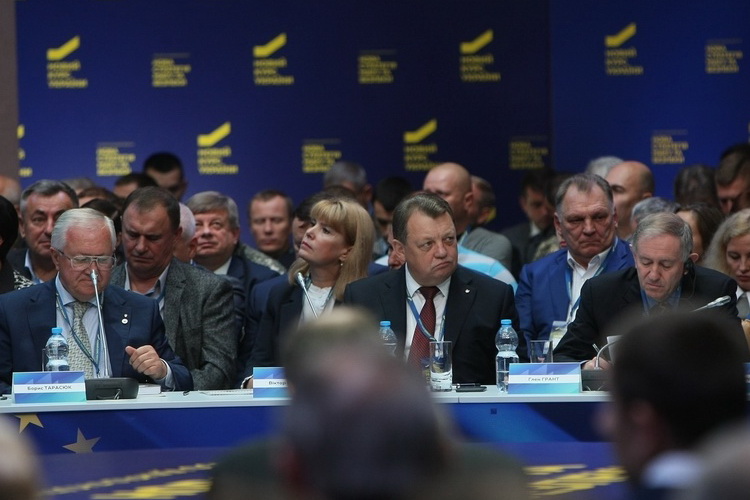 Today, Ukraine has no alternative to an effective coordinating body for the intelligence agencies, after a series of terrorist acts, a national intelligence council, headed by a national intelligence coordinator. It needs to be created immediately, but not as a Joint Intelligence Committee, as an advisory body, but as a body that has to function on a permanent professional basis. I emphasize again: on a permanent professional basis. And its head, with considerable experience of practical and managerial work in intelligence agencies, must become the director of national intelligence, sort of, so to speak, advocatus diaboli of the President on this issue. This will allow to effectively control the work of the intelligence agencies themselves, qualitative implementation of the “National Intelligence Program”, and most importantly — to prevent staff turmoil. And all connections, relationships and contacts in this information system, “consumer — coordinator — intelligence agencies — other involved government bodies — access to shared databases” should be strictly regulated within the legal framework in order to remove all obstacles to its effective functioning. This is not my personal whim. This is a requirement of the present and many countries’ historical experience, including ours, written in blood.

And to finish my speech, just one more, in my opinion, very important thing.

My experience shows that nobody, neither the West nor the East, I repeat, nobody but we are interested in a reliable intelligence service in Ukraine. And this is understandable. If we have strong intelligence, then it will be difficult to manipulate us. There is such a “golden rule”, it is even more important in geopolitics, especially today, when events develop extremely dynamically and rapidly, when yesterday’s enemies, who exchanged threats yesterday, today can safely sit down at the negotiation table, when the players of the higher geopolitical league, members of the “nuclear club” play according to one rule, others — according to different ones, and sometimes even without rules at all, as evidenced by collisions around the Budapest Memorandum — so trust, check and keep the powder dry. And there is nothing surprising or unexpected about this. This is, as they say, the classic of the genre.

As we see, there is very much work in this sphere, but it has to be done, because without effective intelligence, to survive, to win and to become a self-sufficient state in this complex and, as I have already emphasized, sometimes unpredictable world. As one of US Presidents Dwight Eisenhower said, without strong and intelligent intelligence, any presidents, governments and generals “may go blind and lame”.

In closing my speech, I want to rephrase Glen Grant again, “No intelligence, no evidence”.