December 28, 2016 from 17:10 to 18:00 in the live broadcast on the First Chanel of the Ukrainian Radio (UR-1), within the framework of the program “Open Studio”, at the editorial board’s invitation, participated a military and political expert — Vice-President of the Independent Analytical Center for geopolitical studies “Borysfen Intel”, Candidate of Military Sciences, Associate Professor, Lieutenant-General (retired) Yuriy Radkovets.

A guest of the program was also Oleh Saakyan, political scientist, leader of the “Donbas” United Coordinating Centre. 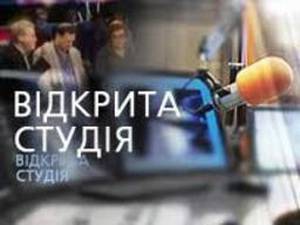 The theme of the program “Open Studio” (presenter — Vladyslav Obukh) was “2016: Changes of Approaches and Tools Used by Ukraine to Resolve the Situation in the Donbas. The Economic Blockade” actually concerned the results of development of the situation around the Donbas for 2016 and a forecast of its development in the future.

Besides, separately was discussed the question of the latest initiative of the veterans of the anti-terrorist operation (ATO) — to organize a blockade of supply of dual-use goods and smuggle in the occupied territories of Donetsk and Luhansk regions not controlled by Ukraine. 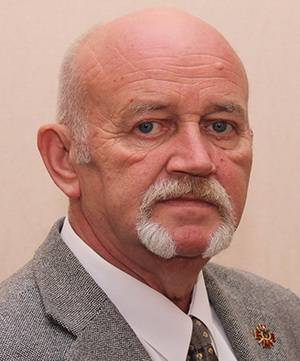 In his comments and assessments within the framework of the discussion of the first question, Yuriy Radkovets stressed that the main peculiarity of the development of the situation in the world and around Ukraine in 2016 was further aggravation of confrontation between Russia and the USA/NATO and the EU over the Ukrainian and Syrian issues, which was accompanied by the sides’ putting pressure on each other, building up their military capabilities, and in fact has led to the resumption of the “cold war” between Russia and the West, as well as to the emergence of a real threat to its development into a full-scale military conflict with involving Ukraine, which already for more than two and a half years has been fighting a liberation war with Russia.

Under such circumstances, the question arises: Why has the Ukrainian government not managed within the two and a half years of the war with Russia, to develop and adopt the Concept (or better to say — Strategy) for de-occupation of Ukraine, the main essence, strategic direction, possible ways to achieve the ultimate purpose of which should be known to the entire Ukrainian people, and all the CIS countries, the united Europe (EU), the United States, NATO, the UN, other international and regional organizations, and in general, the entire civilized world?

As for the organization of the blockade by veterans of the ATO of the supply of dual-use goods and smuggle to not controlled by Ukraine occupied territories of Donetsk and Luhansk regions, Yuriy Randkovets believes that in the ATO zone there are enough special units of law enforcement and fiscal authorities of Ukraine (Ministry of Internal Affairs, Customs Service, State Border Guard Service, Prosecutor General’s Office, Security Service of Ukraine, etc.) whose work should be properly organized to fulfill this task. The ATO veterans’ actual blackmailing the Ukrainian authorities is unacceptable.