— I did not set myself the task to tell about some specific tasks that the military intelligence agents had to fulfill, or to disclose the true nature of some actions that had so-called social, especially negative resonance, — said the author of the book Victor Hvozd, — because I think that now we have to tell the society about the conditions in which our Military Intelligence was created, about the people who understood its true task and worked hard on its creation, about the events that accompanied that process. It is equally important to inform the public that our Military Intelligence has its own interesting history, which Ukrainians were created, for example, a century ago, during the UPR or WUPR. That is, the Military Intelligence is an important state element or structure, the significance of which today, unfortunately, is understood not by all. Including at high state levels. And this is unacceptable.

The book will be useful to historians and researchers of special services, civil servants, students, veterans of military intelligence of Ukraine and all those who are interested in the history of the intelligence agencies of Ukraine. 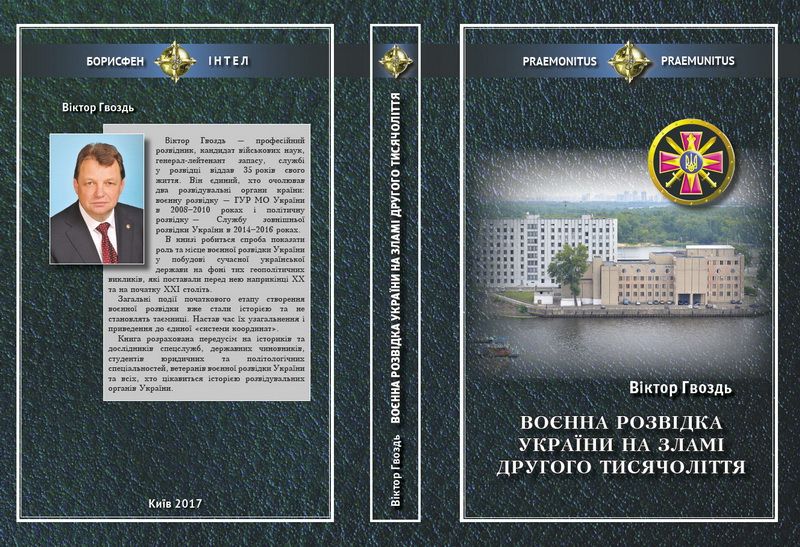