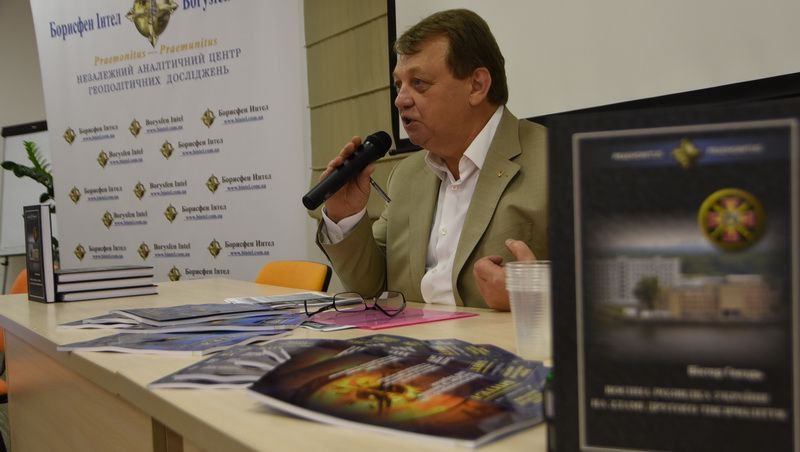 Frankly speaking, books about the Ukrainian intelligence are few. Especially those on serious and important activity of a certain cohort of servicemen, who are called to serve vigilantly both in peace and in wartime.

There were no such books at the latest, 25th Lviv Publishers Forum, which ended on Sunday, September 23. Except for the “Ukraine’s Military Intelligence at the Turn of the Third Millennium”, which its author Victor Hvozd presented on the same Sunday in Lviv at the Forum. For an hour Victor Ivanovych had been telling the participants of the Forum about how came the idea to write about our military intelligence, what gave an impetus to the writing, what was the aim and who are the main characters of the events mentioned in the book. 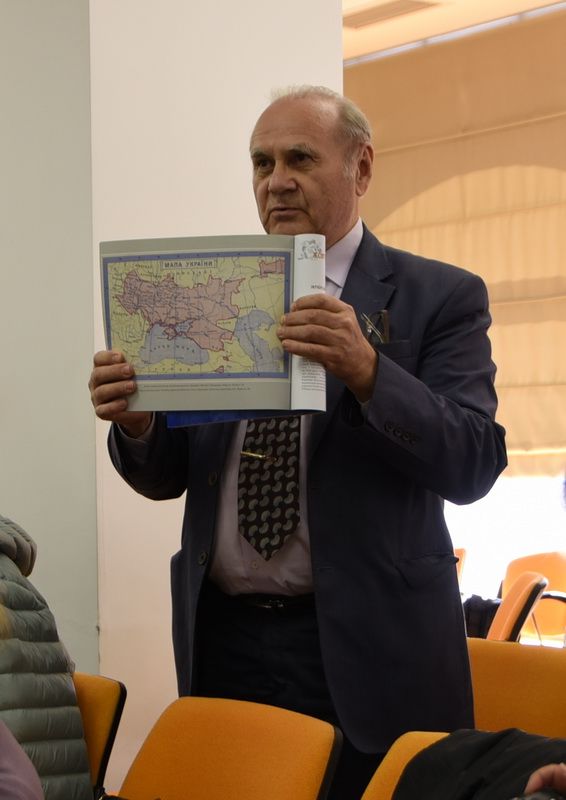 It is clear, if our country today were not at war with an insidious neighbor, the book would be of interest mainly to those who has directly to do with intelligence. Some would try to analyze the invoice, agree or disagree with the conclusions, clarify the course of the described events or, on the contrary, would deny the author’s views and conclusions… But we know that due to military actions in our East and the annexation of the Crimea, Ukrainian looks at the present absolutely differently, reacting briskly to everything connected with the Armed Forces, military actions, in particular, with military intelligence, on the shoulders of which there is a great responsibility for the military successes or failures of our servicemen. That is why the meeting with the author of the book was attended, apart from the cadets and officers of the Hetman Petro Sahaidachnyi National Army Academy, by veterans of the Armed Forces of Ukraine, students and teachers of local educational institutions, visitors to the 25th Publishers Forum. And while servicemen were interested mainly in the logic of Viktor Ivanovych’s conclusions regarding the events described, the civilians present in their own way were trying to determine the “vector” of communication. For example, they asked if the public had the right to know on what military intelligence spends the taxes paid by citizens? Who assess the effectiveness of the weapons that is being bought for the Armed Forces of Ukraine? Should be held responsible the perpetrators for the combat losses of Ukrainians during hostilities? The very fact that we hear such questions means the Ukrainian society has changed dramatically over the years of its independence. It thinks differently, adequately to the present and wants to get rid of those features that are called “soviet” ones.

Since the author of the “Ukraine’s Military Intelligence…” in his time had been in the Balkans as part of the peacekeeping forces, at the meeting were mentioned the military actions in Bosnia and Herzegovina, Croatia, the role of the national armed forces in gaining state independence, some of the military commanders who suffered tragic fate already after the end of the war and the establishment of peace in the Balkans.

— I knew some of those generals and officers personally, because by the nature of my duties of a military serviceman of the UN troops I had to communicate with them, — Victor Hvozd recalled. — I was impressed by their persistence in achieving the goal: to defend the independence of their homeland. And it’s a shame that after the war, the military successes of some of them were seen as their fault. This theme, one way or another, is touched upon when a war ends and the society returns to peaceful work. The reasons for its regularity should be investigated in further publications.

The audience was interested in the author’s point of view on the history of the Ukrainian military intelligence, mentioned the names of outstanding intelligence officers who served, for example, in the troops of the ZUNR. This shows Ukrainians’ interest to the events of almost a century ago, and how such events can influence the education of patriots, called to defend Ukraine from the treacherous aggressor. Including by means of such printed publications as “Ukraine’s Military Intelligence at the Turn of the Third Millennium”. And for confirmation, we’ll quote by Ph.D. in Geography Volodymyr Hrytsevych. Here’s what he said, having read the book. 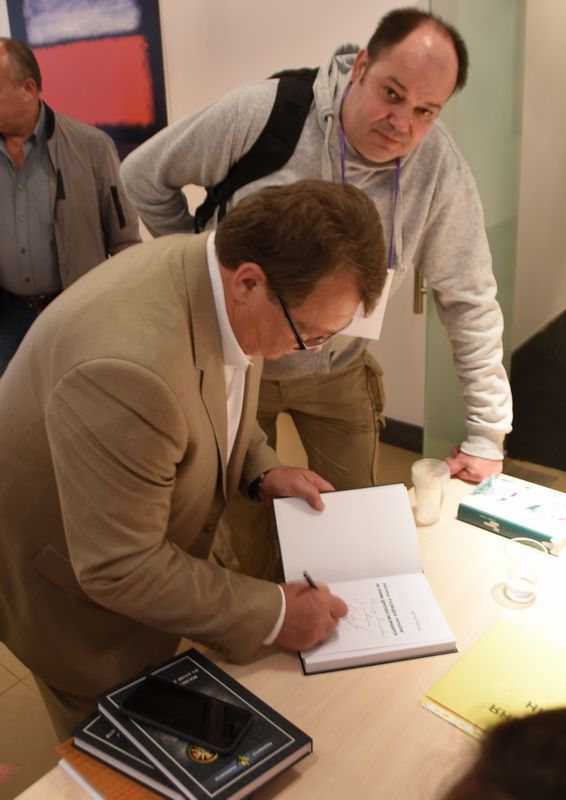 “We are glad that this book appeared because there are very few serious publications like this one. In the Ukrainian society there is an understanding that it is thanks to the military intelligence that we have peace and quiet in the major part of the country. I would like to congratulate the author of the book on a good idea to show the role and place of the military intelligence in the construction of the Ukrainian state. A prominent American diplomat Henry Kissinger once said that “all decent people got their start in intelligence. I did, too…”

The book is really relevant, because it appeared at the moment of very serious challenges to Ukrainian statehood — against the background of Russia’s armed aggression against Ukraine. It is worth noting the good logical construction of the book — from the geopolitical background of the creation of the system of military intelligence in Ukraine, through the main stages of its development — and up to today’s role of intelligence in terms of containment of Russia’s armed aggression.

Although the author does not say this, the book can be considered a true scientific work, because it has the object of research — Ukraine’s military intelligence, the subject of research — preconditions for the creation of the intelligence and its role in the modern world, as well as a number of scientific methods. The research itself is characterized by a deep high-level analysis, fullness, versatility and completeness of presentation.

In the annotation the author recommends a book for historians, lawyers and political scientists, but I want to add that it contains a lot of interesting information for geographers as well, first of all those who are dealing with geopolitics. I also believe that the book should be recommended to our writers and scriptwriters to create patriotic movies and television series on the Ukrainian intelligence, because so far there is none. Therefore, once again, I congratulate the author and the staff of the Analytical Center “Borysfen Intel” on their great success and wish new creative achievements”.