March 10, 1918 can be considered the Day of Creation of the Military Intelligence of Independent Ukraine

President of the “Borysfen Intel” Centre, Lieutenant General of the Reserve, Chief of the Military Intelligence (2008–2010) and Foreign Intelligence (2014–2016) of Ukraine, Ph.D. in Military Science 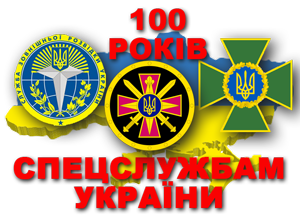 According to the usual practice, the official holiday of a unit, formation, branch of service is the date of the order (directive, decree, etc.) on the creation of the appropriate administrative body. When Ukraine gained independence in 1991, hundreds of intelligence officers (who had been serving in the military intelligence of the former Soviet Union and had experience in intelligence work) and patriotic professionals from other spheres of military activity, returned home (or continued to serve in command and intelligence units located on the territory of Ukraine), which made it possible to create the basis for building a modern system of military intelligence of Ukraine.

Therefore, a new structure of the Military Strategic Intelligence of the Ministry of Defense was formed in parallel, which was supposed to monitor, analyze and assess the strategic threats to Ukraine’s security, military, military-political, military-economic and other processes that were taking place in the world and around our country. Besides, it was necessary to develop international relations in the military and intelligence spheres, creating for this purpose foreign military representative offices of Ukraine — Defence Attache Office.

At the same time, the Military Intelligence in Ukraine has deeper historical roots. It was formed and developed taking into account the historical experience of organizing military intelligence in the days of Kievan Rus, the age of the Kosackdom, Bohdan Khmelnytsky’s liberation battles, and later on — of the times of the Ukrainian Revolution of 1917–1921, and of the OUN/UPA soldiers’ struggle for Ukraine’s independence.

In 2017, Ukraine officially celebrated the 100th anniversary of the Ukrainian Revolution of 1917–1921. It is known that on January 22, 1918, the Ukrainian Central Rada adopted the Fourth Universal, thereby proclaiming independence of the Ukrainian People’s Republic. This is the first state-legal act that declared the UPR an “independent, not dependent on anybody and sovereign state of the Ukrainian people” and called on “all citizens of an independent Ukrainian National Republic to firmly stand on guard of liberty and the rights of our people and with all the forces to defend their future from all the enemies of the peasant and workers’ independent republic”. Soon, the UPR acquired all the attributes of the Independent State: the state coat of arms — Trident, the monetary unit — hryvnya, the main law — Constitution, etc.

At the same time were created Ukraine’s national armed forces, special services and, in particular, its military intelligence. On the patriotic wave of proclamation of the Ukrainian People’s Republic, this process intensified due to the need to protect Ukrainian independence and statehood. Therefore, creation of the military intelligence during the time of the Ukrainian Revolution was a natural phenomenon of the evolution of national statehood from autonomy to a full sovereign state.

Further reform of the structure of the General Staff took place in April 1918. Under the order of the Minister of Military Affairs of the UPR from April 11, 1918, the “intelligence” sub-department was granted the status of “Intelligence” Department of the 1st Quartermaster General Office. The staff of the Department consisted of 7 people: chief, his assistant, two officers for assignments, two translators and one official. There was a division of official duties between the officers of the Department. The Chief of the Department Lieutenant-Colonel V. Kolosovskyi carried out the general management of the work of the Intelligence Department. His assistant Osavul Matviyenko was responsible for the organization of the work with secret agents. One of the officers for assignments (Kurinnyi Mazur-Lyakhovskyi) conducted interrogations of prisoners of war and people who came from the territory of Soviet Russia, and the second (Kurinnyi Marchenko) maintained contacts and exchanged intelligence information with “political bureau for counter-intelligence”. One of the translators (the second position was vacant) translated materials from German and French. The official served as the clerk of the Department.

The main attention of the Ukrainian military intelligence was paid to the analysis of the situation on the fronts of the Soviet troops in the Don and Kuban, the intentions of Romania in Northern Bukovina, intelligence of the armies of other states. Every day a department submitted an intelligence report to the Command of the Army and General Staff.

The main methods of work were as follows: collecting intelligence through agents, through interrogating prisoners and citizens who were in the territory of a potential enemy, analysis of foreign publications, which contained information important for the Ukrainian security services, exchange of information with intelligence agencies of Ukraine’s allies.

The difficulties for the work at first stages were the lack of skilled professionals in the intelligence sphere, financial and logistical shortages, unequal exchange of information with intelligence agencies of the Allies of the UPR — Austria and Germany.

In the spring of 1918, as a result of the creation of a network of the UPR’s permanent diplomatic missions abroad, there were first favorable conditions for the collection of intelligence about foreign countries, their armed forces and plans for using them. Under the law “On the Foreign Institutions of the UPR”, posts of military attaches were introduced at the embassies of the 1st and 2nd ranks. At the times of the Central Rada, Ukraine sent its diplomatic representatives to Austria-Hungary, Germany, the Swiss Confederation, Turkey and Romania. The work of the military attaches was coordinated by the sub-department of foreign communication of the General Staff, headed by General O. Berezovskyi.

Under the Central Rada, the first steps were taken to build Ukraine’s military intelligence. The Hetmanate’s leadership, having come to power, retained the personnel of the Military Intelligence and took measures to improve its management system, expanded forms and methods of work, including through technical means, and gradually organized the work of foreign military missions. The Military Intelligence of the Directory in its turn not only largely retained the directions, forms and methods introduced during the Hetmanate, but also tried to improve them organizationally.

So, has been confirmed historically that the process of building the Military Intelligence of the independent Ukrainian state began in March 1918. Since March 10, a separate central administrative body for the Military Intelligence of the Army of the Ukrainian People’s Republic (hereinafter — the Army of the Ukrainian State/Hetmanate, the Directory’s troops, etc.) had begun to function, with its list of staff, tasks, methods of collecting intelligence, analytical reporting documents, and also began the formation of foreign military missions — military attaches of Ukraine.

Thanks to the researchers of the history of the creation and functioning of the armed forces, national special services of Ukraine, in particular, the Doctors of Historical Sciences V. Sidak, D. Vyedeneyev, T. Vronska, the famous researcher of the military history of Ukraine of 1917–1921 Ya. Tynchenko, the outstanding researcher of the history of special services O. Skrypnyk and others, and based on the relevant documents from the funds of the Central State Archives of the Supreme Bodies of Power and Government of Ukraine, a formalized historical date of the creation of the first Ukrainian military intelligence authority has been established. According to all historical features confirmed by relevant archival documents, March 10, 1918 can be considered the DAY OF CREATION OF THE MILITARY INTELLIGENCE OF INDEPENDENT UKRAINE, and the Main Directorate of Intelligence of the Ministry of Defense of Ukraine is the perpetrator of the Intelligence sub-department of the General Staff of the Army of the Ukrainian People’s Republic as the central authority of the Military Intelligence of the State.

Today, just like a hundred years ago, Ukraine is defending its independence from Russian aggression. It is important for the current generation of military intelligence officers who faithfully carry out combat intelligence tasks while defending the independence and territorial integrity of Ukraine (exactly like 100 years ago!) to know about the past events of our history, main historical milestones of the Ukrainian people’s liberation struggle, and realize the contribution to our common victories made by Ukraine’s Military Intelligence and personalities that stood at the origins of its creation. And Ukrainian politicians should learn from the mistakes of former leaders, in order not to repeat them again and again, but to take on the best from the Ukrainian history.

Happy 100th anniversary of the Military Intelligence of Ukraine!

In preparing of the material, the following sources were used: