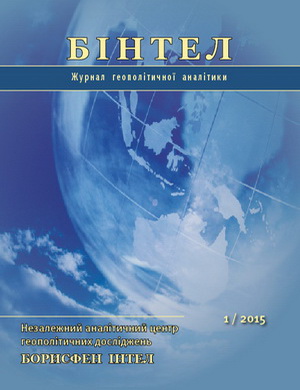 The table of contents of the first issue:

Authoritative experts, organizations and publications are now trying to answer the main question – what will be the world in 2015? At this, they all doubt: to believe or not to believe, will the forecast come true or will it not? But then, a year ago, no one could have predicted that Russia would invade Ukraine and the world would return to the “cold war”, that an organization called ISIS would turn into an “Islamic State” and would become a strategic threat not only in the Middle East, but also in the world, that the United States and Cuba would restore diplomatic relations, that the world price of oil would collapse, and so on.. Most did not even ask such questions. Obviously, it will be so in 2015 – much of what happens, none of us at the moment can even imagine.

Domestic and Foreign Policy of the EU: Trends, Risks and Threats for Ukraine

In recent months, despite the Kremlin’s attempts to provoke growth of contradictions within the European Union and to activate difficult political processes in the EU Member States (as evidenced by the recent regional elections in France), the main external and internal political efforts of institutions and leading Member States of the EU are aimed at preventing threats and challenges that have arisen due to Russia’s increased destructive activity at the European direction and Russian aggression against Ukraine.

The Ukrainian Issue — What Price to Totalitarian Russia? 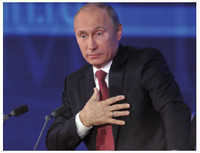 We deliberately waited for the Russian President’s thirteenth “phone-in with the Russian people”: not so much expecting to hear something truthful, as to once again make sure that our previous estimates and forecasts regarding Vladimir Putin’s true goals and the real situation in Russia itself were correct. When the wait was over we learnt yet again: all troubles in Russia are due to the West’s cunning, to which the policy of strategic deterrence of the Russian Federation is the most important task, and Ukraine and the related sanctions are just tools to achieve this strategic goal. 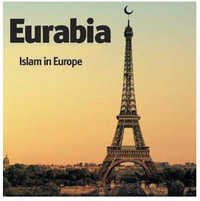 Islam today is the second largest religion in Europe, and by the growth rate of the number of faithful Muslims it is well ahead of Christian Europeans. There are about 24 million Muslims in Europe today, and some predict their numbers could double in the next 15 years (including at the expense of labor immigration and a high birth rate in Muslim families). Along with the growth of Muslim diasporas in Europe, their role and impact on the socio-political processes in Europe keep growing too.

Last year’s events, in particular, around Ukraine, show that the world has not become more stable and secure, and the mankind is threatened by new challenges. Apart from international terrorism, Russia’s aggression against Ukraine (annexation of the Crimea and powerful supporting of separatists in the East of Ukraine), the threat of the spread of the Ebola virus, the rise of cybercrime and the like, increasingly important are becoming challenges connected with depletion of natural resources, especially energy ones, control of their production and transportation routes. Contradictions that arise between states on this issue develop into conflicts, often with use of armed forces. 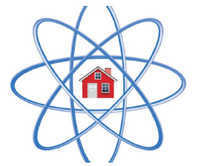 Electric power industry, along with oil and gas (including the oil refining) industries, is one of the most important components of the Ukrainian energy sector. And that, in turn, is the basis of all our other industries. And by and large — the foundation of national security of any state.
Unfortunately, the question of energy engineering in our country are underestimated by authorities, and its independence is not paid due attention.

Russia-Ukraine: Will “the Third Round” Be?

Due to constant Russian and Donetsk-Luhansk separatist parties’ loud statements regarding Ukraine’s violating the provisions of the Minsk agreements, as well as Russia’s not participating in the conflict in the East of Ukraine, the Russian Federation’s leadership is actively, but (again!) secretly preparing a new military operation against our country. And this operation is increasingly getting distinct contours.

The analysis of the Kremlin’s actions once again confirms the idea that alongside with the military aggression, the information war is one of the main means of implementation of V. Putin’s imperial plans. The in-depth monitoring of information “products” of the Kremlin propaganda machine makes it possible to identify a number of messages which Moscow is trying to impose on three major “recipients” of information-psychological treatment — the European Community, the Russian society and some of the Ukrainian citizens.

Anton Bebler: It Is up to Ukrainians What Associations to Join and with Whom to Cooperate 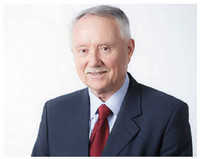 Slovenian political scientist, educator, diplomat and politician. President of the Atlantic Council. Professor of the Faculty of Sociology of Ljubljana University (Slovenia).
He graduated from Belgrade University, Slavic department.
In 1971 he defended his Doctoral Dissertation in political science at the University of Pennsylvania in Philadelphia.
1992-1997 – Ambassador, Permanent Representative of the Republic of Slovenia and the United Nations Mission in Geneva.
Author of numerous publications in international scientific journals.
Son of the famous partisan Ales Beble

— Mr. Bebler, do you think it is possible to call today’s events making a world war, in particular, for the conquest of Ukraine?
— The term “war” does not fit here. We are witnessing the struggle for spheres of influence, for control. Basically, between the United States and the Russian Federation (with the participation of the European Union). However, this opposition was in the past, today it is pronounced. It is too early to talk about consequences. At this point, it all depends mainly on you, Ukrainians. What your attitude to this complicated process is — such will be its results.

Ivan Mukovskyi: People Should Be Proud of the Victory and Celebrate the Anniversary of It, but Not Turn It into a Propaganda Weapon 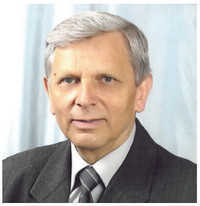 Doctor of Historical Sciences, Professor, Academician of the Academy of Sciences of Higher Education, Honored Worker of Science and Technology, winner of M. Kostomarov Prize.

— Ivan Tymofiyovych, for a long time you have been studying the theme of human losses of the Ukrainian people in World War II. Today, in the difficult for Ukraine circumstances, why has this topic suddenly become subject to debates, at the international level included?
— When I was entering the postgraduate course, I dedicated my essay to the border guards’ of the South-Western Front fighting in the early period of the war. Candidate’s dissertation was completely devoted to the South-Western Front of the period of the beginning of the war. Doctoral dissertation was also dedicated to World War II. Later I participated in writing the Book of Memory. I sought to determine the value of the Ukrainian people’s contribution into the victory in World War II. After all, our citizens have the right to know not only its individual pages. I was able to find out more than 250 names of our soldiers who died in the Battle of Kursk. And their families learned how soldiers fought, what awards they received and under what circumstances they were killed. All this is described in the book “Victory and Sacrifices. Ukrainians at fronts of World War II”.