The tragedy in Bucharest, related to the death of over 50 people in the fire at a nightclub on the 31st of October 2015, has become a catalyst for the resumption of active confrontation between the two main political forces in the country, namely: the center-right National Liberal Party (PNL), which supports Romanian President K. Johannis and the center-left Social Democratic Party (PSD) led by former Prime Minister Viktor Ponta. 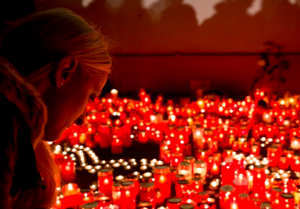 Prime-Minister Victor Ponta resigned on Tuesday, 3 November, following the 32,000-people-protests in the famous University Square from Bucharest requesting his resignation as well as the resignation of Vice Prime-Minister and Minister of Internal Affairs Gabriel Oprea. The resignation, however, did not end the protests which continued at lower levels in other important cities in the country: Timisoara, Cluj, Brasov, Iasi, Constanta. All the protests were peaceful and the demands of the protesters focused on the need for a radical change within the Romanian political class and the annihilation of corruption.

Despite the voluntary resignation of V. Ponta and his Cabinet, who took responsibility for failure to prevent incidents such as those that occurred on October 31 this year, mass protests in Romania continued with demands for early Parliament elections, which today is dominated by Social Democrats. The actions are organized by the “National Liberal Party” and in fact are approved by the President of Romania, who has supported the protesters’ demands.

The surveys carried out indicated the fact that most of the protesters were people with middle school or university education coming from the private environment (approximately 60 %). Most of the analysts consider that the demands of the protesters proved the maturity of the electorate and the desire to significantly change the quality of the current political class.

In fact, the current situation is a mirror image of the past events of 2012, when the Social Democrats in Romania organized a massive social and economic turmoil because of growing economic problems in the country, which resulted in the National Liberal Party’s losing majority in the Parliament (by results of parliamentary elections in December of the same year) and resignation of the center-right government.

Then the above-mentioned changes had been openly supported and approved by Russia, and were explained by its experts-apologists as “pro-Russian coup in Romania”, which is indirect evidence of Moscow’s involvement in their organization. At this, V. Putin’s regime had been using the new political situation in Romania to introduce a split into the EU and NATO, to distract Romania from the events in Moldova, as well as to disrupt plans to deploy the US/ NATO Missile Defense on the Romanian territory. It should be noted that these Russia’s attempts were not effective enough, but they still created some problems in Romania’s European development and its relations with its neighbors and Western partners.

Besides, political differences between the President and Prime Minister of the country in no way contributed to the strengthening of the Romanian state but were a permanent source of internal instability. In particular, evidence of this is the large-scale protest campaign against production of shale gas in Romania, which was organized with the support of Moscow exactly through the Romanian Social Democrats in 2014.

Today the internal political situation in Romania regains major changes, but now in a direction unfavorable for Russia. 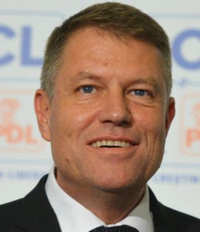 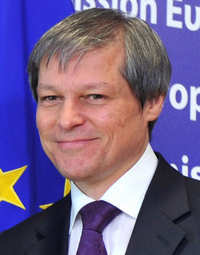 On 10 November, after two rounds of discussions with the political parties (and organizations and representatives from the civil society), President Klaus Johannis appointed Dacian Ciolos — 46, former Minister of Agriculture (2007-2008) and Commissioner for Agriculture of the European Commission (February 2010-November 2014) — as Prime Minister. He initiated consultations in order to form a new government, which is expected to be submitted along with the governing program within a period of 10 days.

Taking into considerations the moods prevailing in the Romanian society, we can expect both, holding of early parliamentary elections in the country, and their being won by right and center-right pro-Western forces. In turn, this will create favorable conditions for uniting of the presidential, governmental and parliamentary branches of the Romanian authorities on the basis of respect for national values, as well as the benefits of the European and Euro-Atlantic integration of the country.

Most likely, the assigned Prime Minister will be able to form the new government and receive investiture of the Parliament, where a new majority is taking shape with the National Liberal Party (PNL), National Union for the Progress of Romania (UNPR – Gabriel Oprea’s party which announced its support for the election of President Johannis), the Democratic Union of Hungarians in Romania (UDMR), the group of national minorities, independent deputies and senators. It is not out of the question that the Social Democratic Party (PSD, Liviu Dragnea), with most prominence in the Parliament, would decide that its party members vote as they consider appropriate, without deciding to completely oppose the new government to be formed.

The biggest political loser of these events is the Social Democratic Party (PSD) which although took a series of economic measures to fix the unfair measures for the population adopted during the leadership of President Basescu and managed to bring economic growth for the country, is now removed from the government. The recent activity of the Social Democratic Party (PSD) proved that it has been off the beam and it has not been able to come up with real and efficient proposals to maintain itself at the government. In fact, the confusion of the Romanian political class at a domestic level was evident and it was also noted in that at the end of the first round of negotiations no party came up with a concrete proposal for a new prime minister, while in the second round, the party proposed Liviu Voinea (former Minister of the Budget during the Ponta government 2012-2014), currently one of Vice-Governors of the National Bank of Romania (BNR), a figure that in our opinion, was not the best choice of the Social Democratic Party (PSD).

It is worth emphasizing that, in spite of rumors about various actions of Russia handling the demonstrations in Romania (in the context of the political convulsion in the Republic of Moldova and the problematic domestic situation in Bulgaria), the protests in Romania have not aimed at a change of the country’s foreign policy: the European and Euro-Atlantic choice continuing to be firm in Romania. Of course, we do not underestimate and we must not underestimate Kremlin’s ability to carry out actions of manipulation and influence in Romania, but they cannot be as significant as those carried out in the Republic of Moldova, to name only one country. 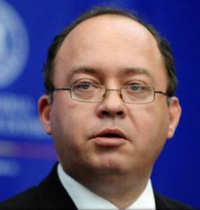 In fact, the membership to the European Union and NATO are Romania’s components of stability and security, and it will remain an important factor for stability in this part of Europe. In this context, it is noteworthy that most likely Bogdan Aurescu — the current Minister of Foreign Affairs — will maintain its position in the Ciolos government. Even if he were changed, it would not mean that Romania would change its foreign policy.

An important event, though less visible, took place in this context in Bucharest on 4 November — the NATO summit of the so-called “eastern flank” officially named the High-Level Reunion of Central and Eastern European States. It bought into attention again the Strategic Partnership with Poland and it emphasized Romania’s important role on the southern flank of NATO, just like Poland’s in the north flank, in view of the threats posed by the Russian Federation.

The meeting evidenced the constant and consensual concern of the Central and Eastern European heads of state and government for the security of the Alliance’s eastern border as well as the attention given to the threats from the “southern flank” — Syria, Iraq, North of Africa, without neglecting the “northern flank” — Baltic and North Sea — for the upcoming NATO summit to be held in Warsaw in 2016. 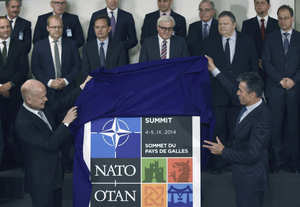 The main theme dealt with was Russia. Although it was defined by the Strategic Concept from Lisbon as a strategic partner, the recent developments and their course (including the fact that Russia’s Defense Strategy in December 2014 defines NATO as “danger” to national security) have led to changes. Russia compromised the entire security agreement framework in Europe, the system of arms control, acting as an aggressive, revisionist and revanchist player. This is why it is necessary to speak and do continuously more for NATO’s military presence in this region, sized to discourage any of Russia’s adventures (conventional or hybrid).

Although the great absent of the meeting was Turkey, in order to maintain the format already used, we consider that the trilateral Poland-Romania-Turkey must be launched again and strengthened, primarily for the extended region of the Black Sea.

All this will allow the USA and NATO to strengthen their positions in the Black Sea and Baltic regions, as well as to create more favorable conditions for the implementation of the decisions of the Wales Summit of the Alliance of September 2014 to build up the NATO’s presence in the eastern direction against Russia (including the deployment of a Missile Defense system). As assessed by the NATO Deputy Secretary General Alexander Vershbow who attended the meeting “we will be facing the continuous challenge of a furious and aggressive Russia in the next ten years”.

So, the recent developments in Romania showed Russia’s another defeat in its geopolitical confrontation with the West. In fact, after the head of the Romanian state in November 2014 was elected K. Johannis, who has clear pro-Western positions, the prospects for restoration of the parliamentary majority headed by the National Liberal Party deprive Russia of any opportunities to maintain its influence in Romania.

Besides, the strengthening of the unity of the Romanian authorities will give Bucharest more opportunities to influence the situation in Moldova, in which is gaining momentum a new political crisis, which is inspired and used by Moscow to restore its influence in the country.

Romania is aware of this reality and together with its EU and NATO partners it is ready to contribute to the fight against this threat, to enforce the international law as it was designed, in respect to the sovereignty, territorial integrity and independence of the states.