In September and October 2014, experts of the “Borysfen Intel” Center prepared a series of articles with the analysis of the position of the neighboring countries, including Romania, in the context of the situation around Ukraine, and their response to the Russian military aggression.

Their conclusions concerning Romania, which some analysts attributed to the long time hidden enemies of our country, have passed the test of time. Despite the difficult history of the Romanian-Ukrainian relations, the change of Presidents, and the domestic political turbulence in both countries, the official Bucharest has consistently demonstrated an enviable responsibility for the security situation in the region. 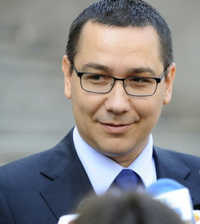 Despite the measures taken by the Kremlin to find situational allies in the EU, the rating and the influence of the “sympathetic” to V. Putin Head of the Romanian government and the ruling Social Democratic Party V. Ponta (last year he participated in the opening of the Olympics in Sochi, and on 12 June this year together with V. Putin and A. Lukashenko visited the European Games in Baku) in summer catastrophically decreased.

Remember, that the National Anticorruption Directorate charged the Prime Minister V. Ponta with corruption and abuse of official position, as well as getting in 2007-2009 (while practicing law and working as a lawyer of the SDPR) illegal remuneration for falsifying signatures in the amount of 250 thousand Romanian Leus and the car from his business partner, and now Senator V. Shova.

President K. Iohannis’ Decree of June 22 this year, on the appointment of Interim Prime Minister of Romania H. Oprya, Deputy Prime Minister and Minister of Internal Affairs (under the pretext of V. Ponta’s being cured in Turkey) has actually caused a rapid escalation of the political crisis in Romania.

Under the pressure of the Prosecutor’s charges of fraud, tax evasion and money laundering (the so-called “Turchen-Rovinar” case), V. Ponta July 13 was forced to vacate his seat of the Chairman of the SDPR. Although he denies his guilt and refuses to resign from his post as the Head of the government. In the ruling party there have begun intraparty conflicts between Dragna L. and R. Plumb because of the appointment of a temporary head of the political force (special political council of the SDPR July 15 this year appointed the latter the Chairman of the party), which ended in postponing of the next Party Congress to the spring of 2016. 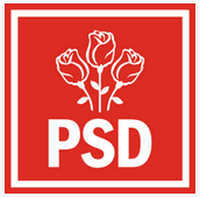 Besides, the SDPR’s influence is falling also because of its established in the Romanian society and abroad image of the post-communist party with a clear political orientation to cooperate with the autocratic regimes of Russia, Belarus and other former Soviet countries. The ex-President of Romania T. Besesku’s (who seeks revenge V. Ponta for the initiated by him impeachment of 2012) firm of purpose steps also contribute to this.

Consequently, today’s development of the political situation in Romania, is mainly characterized by a radical deterioration of relations between President K. Iohannis (seeking as soon as possible to remove from power the representatives of social-democratic forces and to form the new pro-presidential majority in the Parliament around the National Liberal Party), and the Prime Minister V. Ponta (who after returning from Turkey has assumed the duties of the Head of the government, trying at all costs to remain in his post and to avoid early Parliamentary elections.

The internal political competition between the leading Romanian political forces includes an economic aspect related to the fiscal reform that is being promoted by V. Ponta’s government and Romania’s cooperation with international financial organizations.

In particular, the presidential administration is establishing closer contacts with representatives of the IMF and the European Commission, which, in turn, have a negative view of V. Ponta’s government’s recent t initiatives in the tax area, which in its content and orientation have a populist character. The Mission of the European Commission, which was in Bucharest on the 24th-25th of June this year, to assess the amendments to the tax legislation, has warned the Romanian side that weakening of the fiscal policy will have a negative impact on the volume of revenues into the state budget, and that this could lead to an increase in the 2016 deficit to 3.3 % of GDP and would contradict the requirements of the EU budget pact. Taking into consideration the Mission’s conclusions, the delegation of the International Monetary Fund has cancelled its scheduled (for July 2015) visit to Romania.

At the same time, against the background of external economic risks associated with the activities of the European Commission to address the “Greek crisis” and security challenges due to the Russian aggression against Ukraine and the Kremlin’s plans for the use of the Trans-Dniester enclave, the power circles of Romania have to demonstrate the ability to consolidated approach to minimize the negative influence of the above-mentioned factors on the state of national security and economy and Bucharest’s foreign policy.

First of all, we mean here the intensification of the strategic partnership with the United States with a focus on regional security policy and use of investment and technological capabilities of the United States to strengthen the Romanian economy. Romania continues to position itself as an American outpost in the Black Sea region, consistently moving in the wake of strengthening transatlantic cooperation and getting in the way of the Kremlin’s expansionist political and economic plans and projects in South-Eastern Europe, including the Balkans. 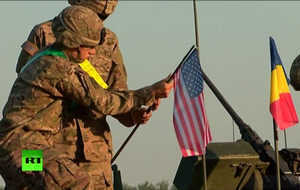 That is why Bucharest actively supports the military build-up of NATO forces on the territory of Romania, and has prepared a new version of the National Strategy of Defense of Romania for 2015-2019 and is taking measures to modernize its Army. In particular, Bucharest has met Washington’s request to increase the number of marines at the air base near Constanta; in one of the military bases in the south of the country is being completed the work on deployment of a missile complex (component part of the being created by the US and NATO European missile defense system); in July in Bucharest there was opened the Center for NATO integration, which will officially start working in September this year. Apart from this, the government has asked the United States to deploy (till 2017) a squadron of American fighters, and by this time it is planning to buy 12 fighter jets F-16 from Portugal. In response, Moscow is considering placing bombers Tu-22M3 in the Crimea, explaining this by the need to strengthen the aviation covering of the Black Sea region.

However, none of the EU Member States and institutions of the European Union as a whole supports the Romanian initiative to improve the European Neighbourhood Policy (ENP) by establishing a mechanism of trust in the security sphere without a military component, “taking into account the interests of our neighbors”. In the context of the ENP and the “Eastern Partnership” this concept actually means the need to consider the interests of the Russian Federation, which, in its turn, uses this argument to manipulate it in the negotiation process with the European Union and Ukraine, and is not going to make any concessions.

It should be borne in mind that almost all the issues discussed within the EU on the Ukrainian issue, inclusive of financial support, in Bucharest are seen through the prism of lobbying the process of Moldova’s integration into the European Union and preservation of the necessary volumes of Europe’s Aid to Chisinau. At the same time, in Bucharest, they are guided by the immutability of the goals and policies of the Kremlin on the Moldovan direction — returning Moldova into the sphere of Russian influence, the country’s accession to V. Putin’s Eurasian project and the use of “Trans-Dniester-Bugeac-Gagauz bridgehead” to destabilize the situation in Ukraine. 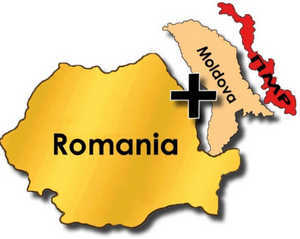 Besides, both, in Romania and in Moldova and Ukraine, there are forces that have not abandoned plans for the implementation of the Romanian “national idea” — the resumption of the “Greater Romania”, primarily due to the reintegration of the Republic of Moldova and individual historical regions of Ukraine (Southern Besarabia, Northern Bukovyna, Maramures, the delta of the Danube). First of all the relevant government agencies and consular offices are diligently working on the legitimization of the Romanian presence in the Ukrainian border regions thanks to the simplified procedure of granting Romanian citizenship to the representatives of the ethnic communities in Ukraine. This method allows to grant citizenship of a foreign state to residents on the territory of the so-called “Greater Romania” in accordance with Articles 10 and 37 of the Law “On Citizenship”, as well as to form preconditions for possible demands to create in the future a Romanian national-cultural autonomy.

The Department for Romanians Abroad widely uses also additional measures to provide financial support to organizations of ethnic Romanians/Moldovans in Odesa and Chernivtsi regions of Ukraine. August 10-11, 2015, representatives of the latter actively participated in the annual “Summer University of Romanians Everywhere” in Izvorul Muresului, where the Romanian authorities were urged to resist the policy of “creeping denationalization”, which supposedly is led by the official Kyiv. According to experts, in this aspect their actions fit into the strategy of Russian security services to overload the situation around the national minorities in the western regions of Ukraine and to provoke artificial conflicts in border areas. Through controlled entities, in particular ex-Deputy of the Trans-Dniester Parliament D. Soin, Moscow plans to create a Romanian-speaking news agency to “defend the rights of the Romanian minority in Ukraine” and to activate anti-Ukrainian information campaigns in the border region.

In parallel, measures are being taken to reduce the influence of Ukrainian diaspora organizations in Romania and to strengthen control over the activities of the Union of Ukrainians of Romania. In particular, after the country’s Supreme Court had sentenced the Chairman of the Union of Ukrainians of Romania S. Buchuta to a year of imprisonment, with suspended execution of the sentence on charges of misuse of funds and taking them by I. Marochko (the only representative of the Ukrainian Diaspora in the Romanian Parliament), a campaign has been launched for the election of a new, more loyal leader of the Organization.

Besides, certain forces in Romania are trying to take advantage of the situation around Ukraine, and the Kremlin’s aggressive rhetoric as of a favorable factor in their campaign against the realization of the project “Danube-Black Sea deep-water channel” and to prevent the inclusion of the Ukrainian section of the Danube into the map of inland waterways of regional Trans-European Transport Network. In particular, representatives of Romania deliberately report to the responsible for the environmental and transport sector EU officials about the possibility of the Russian military ships’ possible using of the channel’s increasing depth to 7.2 m for control of the deployed on the territory of Romania elements of air defense/missile defense system that would create a potential threat to Romania /NATO defense capabilities. In this context, the Romanian side points to the inadmissibility of the continuation of Ukraine’s works on deepening the river bed.

Today, with the clear understanding of extreme importance of the stable Ukraine for the implementation of the Romanian national interests and maintaining the security of the foreign policy environment, the leadership of Romania has consistently adhered to a constructive position in relations with our country, including in matters of unconditional support of Ukraine in the Russian-Ukrainian conflict, the European integration of our state, in preventing nuclearization of the Black Sea region and joint counteracting Hungarian irredentism supported by the Russian Federation.

At the same time in the Romanian political circles there are certain destructive forces, which under certain circumstances would try to take advantage of the situation in Ukraine and around it, and the Kremlin’s aggressive anti-Ukrainian rhetoric as the favorable factors in their campaign to expand Bucharest’s influence in South-Eastern Europe and to include into the orbit of their interests foreign territories with compact habitation of Romanian-speaking population.