As expected, 22 July, 2016 the Polish Seim made a decision on recognition of the Volyn tragedy of 1943 as genocide of Polish citizens. This was reported by almost all leading Ukrainian and Polish media. While active politicians of both the states defined their positions. However, Polish sources have not clearly available explained why the Volyn tragedy was taken out of the context of the Ukrainian-Polish relations, etc. Ukrainian media made a number of publications about Ukrainians who suffered from Polish criminals. To tell the truth, it is worth noting that these publications are important, but belated. It would have been appropriate if such facts had been the subject of discussion at all levels before that decision of the Polish Parliament, not after it. After all, in both the states there is a well-known saying: “You do not wave your fists after the fight”. 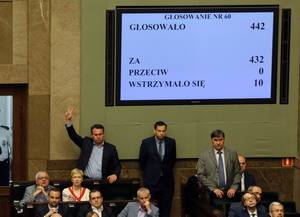 Most analysts are trying to find out why the Polish Parliament took the decision now, exactly at the time when Ukraine is experiencing aggression on the part of the state, which can’t be called friendly towards Poland either. Although, by and large, in fact, the Ukrainians do not care what had prompted the Polish Parliament to take such a decision on the Volyn events: internal or external reason. Because the final expresser of the attitude to the Ukrainian history was the majority of the Polish people who has supported today its ruling political force. So, we are talking about a hostile attitude towards our nation, not taken into account by both the sides, or used by someone in someone’s interests — not for the sake of the present or the future of the Ukrainian or the Polish people. At the same time it should be noted that the education of a nation is a long, long process. Especially if it is true that someone has been artificially imposing a far-fetched story.

Ukrainian politicians, among other things, think as follows: should we ignore the decision, or symmetrically answer with a relevant decision of the Verkhovna Rada of Ukraine, paying tribute to the Ukrainian-Polish strategic relationship. In this context it is interesting that politicians, “close” to the events of the time, stick to a symmetrical response. And those who are “distant” are against it. Here a seemingly obvious question arises: “What should the Ukrainian side do to be right?” To this question there is no unequivocal answer which would suit the whole Ukrainian society. 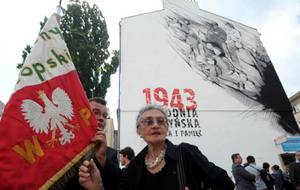 The only thing that unites all Ukrainian and Polish analysts (and, therefore, it is necessary to listen to it) — is that the general public should not “delve into the history”, comparing the number of victims, and so on. We must move beyond the emotions and be reconciled. And let scientists analyze the facts. In this context, wisely said Pope Paul II: “Forgive us and we forgive you”. This was later repeated by some Presidents of Ukraine and Poland. And it influenced the societies in both the countries because there is respect for the leaders of nations in our mentalities.

It is obvious that in this situation we should give preference to the opinion of people who remember the horrors of that period. Guided by this approach, it would be appropriate for the Verkhovna Rada of Ukraine to adopt a decision which would condemn the crimes of both sides, recognize tortures (with signs of genocide) over both, Ukrainians, and Poles in the 1930s and 1940s, with a note that the decision will be revised simultaneously with the corresponding revision of the above mentioned decision of the Polish Parliament.