As forecasted in the previous materials by experts of the Independent Analytical Center for Geopolitical Studies “Borysfen Intel” — namely, “For Each Putin There is Erdogan” — Russia has launched a series of bold and shameless provocations against Turkey. In the last few days alone Russia has provoked a series of dangerous incidents against the Turkish side in the Black and Aegean Seas and the Black Sea straits.

Thus, December 3, 2015 a large landing ship (LLS) Saratov, which was heading to the Syrian port of Tartus, going through the Bosphorus did not raise a guest flag of Turkey, as required by generally accepted standards of maritime traffic and the age-old maritime tradition — namely, the guest flag on foreign ships is usually raised on gaffs as a sign of respect to the country through the territorial waters of which the ship is going. 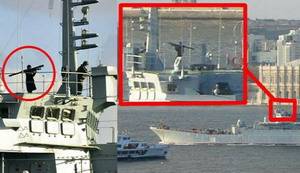 December 14th this year, a military serviceman from the Russian LLS Caesar Kunikov pointed a man-portable air defense system (MANPADS “Igla”) in the direction of Istanbul living quarters during the passage by the ship of the Bosphorus Strait. According to Turkish Foreign Minister Mevlut Cavusoglu, such actions are “provocative” and cause the Turkish side’s arguable worries. As pointed out by M. Cavusoglu, there are clear rules for the passage of vessels through the Turkish Straits, and every ship — Russian or any other — must abide by them. “A Russian soldier, holding a missile system while passing the Bosphorus Strait on the Russian warship — this is a provocation. We hope that this incident will be an isolated case, because it is a wrong approach,” said the head of the Turkish Foreign Ministry. 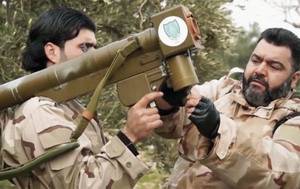 It is by Russian ships that MANPADS “Igla”s are delivered to Syria. According to experts, most likely, these systems are from the former Ukrainian military warehouses in the occupied Crimea. It is possible that MANPADS “Igla” will soon be in the hands of militants of ISIS, as they have somebody to shoot at — aircrafts of the anti-ISIS Coalition (the United States, Great Britain, France, Turkey, etc.). In turn, this way Russia creates “reasons” for its provocative accusations of Ukraine, which allegedly is supplying these MANPADS to militants of ISIS, as it was before — when it accused Ukraine of selling FN-6 MANPADS of Chinese production to ISIS militants. Besides, according to individual messages, at one of the plants in occupied territory of the Donbas, they began covert production of obsolete Soviet (Russian) MANPADS, which also are now being transported by Russian ships to Syria with their subsequent transfer to ISIS militants. So, Russia has something to down with, where to down, and even with whose hands to down “something Turkish.” 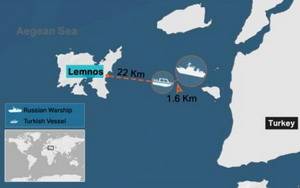 As for the dangerous incidents against the Turkish side in the waters of the Aegean and the Black Seas over the last few days, on the morning of December 13 this year, the crew of the Black Sea Fleet’s guard ship Smetlivyi, anchored 22 km off the Greek island of Lemnos in the northern Aegean Sea, fired warning shots at the Turkish seiner, which approached the ship for about 600 meters, explaining that the Turkish seiner’s crew did not establish radio contact with the Russian vessel and did not respond to special visual signals. According to the Russian Federation’s Ministry of Defense, after the use of small arms, the Turkish ship abruptly changed course and without getting in touch with the Russian ship, continued passing by the Smetlivyi within 540 meters.

According to the Captain of the Turkish seiner, the crew did not know whose ship was that at anchor, was it civilian or military, and they did not even notice its shooting. The seiner was just moving on its regular route, as it always did. 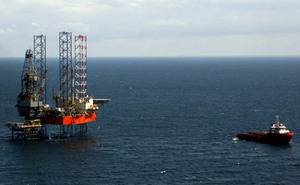 December 14 this year, Chernomorneftegaz‘s website suddenly informed about the incident that allegedly happened on the 24th of November — namely, “an unidentified merchant ship under the Turkish flag,” breaking international rules on the prevention of collisions in the sea and generally accepted standards of maritime traffic, did not give way to the transport convoy of Chernomorneftegaz, which was going crosswise, and tried to stop on the way of its motion and this way deliberately created an emergency situation. At the same time, the captain of the merchant ship did not establish radio contact with escort ships, ignoring all calls and warnings. Under such circumstances, the ship of the Border Service of the RF’s Federal Security Service and the missile boat of the RF Black Sea Fleet forced the “unidentified vessel under the Turkish flag” to change course for direction safe for the transport caravan of Chernomorneftegaz. 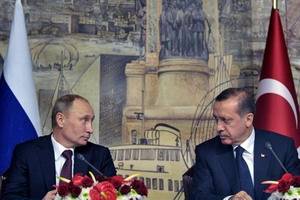 So, tensions between Russia and Turkey, which arose after November 24, when the Turkish F-16 fighters shot down a Russian Su-24 bomber, which invaded the airspace of the country, keeps gradually increasing. Last Friday, December 11, 2015, at the final annual collegium of the Ministry of Defense of the Russian Federation, President V. Putin warned all those who try to organize provocations against the Russian military. “I order you to act very tough. Any targets that threaten Russia’s group or our terrestrial infrastructure are subject to immediate destruction,” said Putin.

That is, there has actually begun a game of nerves between V. Putin and R. Erdogan. At the same time, V. Putin ordered to act very tough, and R. Erdogan perfectly well realized that it was not addressed to the Syrians, to IS militants and to Americans, but exactly to the Turks. That is, Turkey may now expect any provocations from the Russian side as shown by the latest incidents. But Ankara’s patience toward Russia is not limitless. And on the sidelines of the majority of analytical centers, I think they reasonably believe that now “Russia either downs or drowns something Turkish” and ask themselves, “Who will be more tolerant and more responsible — V. Putin or R. Erdogan?”

And what do you think?