For Iran, 2014 was tough. There is no question in the economy, social sphere, foreign policy, about which one could proudly say “the problem has been solved”. November 26, 2014 was completed another round of talks on Iran’s nuclear program. As the result was announced “significant progress” in negotiations and possibility by the spring of 2015 to reach agreements on the main provisions of the Comprehensive Agreement to resolve this crisis.

Speaking on national television, Iranian President Hassan Rouhani announced a “triumph of the great Iranian nation” at the talks in Vienna. If we put off the populist rhetoric, in fact, this triumph looks different. It has led only to the next, until June 30 this year, extension of the first phase of the “Joint Action Plan” of November 24, 2013 in exchange for a monthly “unfreezing” of 700 million US dollars of Iranian funds with the West’s giving up tightening unilateral economic sanctions against Tehran.

US President Barack Obama, in his turn, cautiously-optimistically has admitted that Iran’s status in the Middle East will rise if a long-term nuclear agreement is signed. He also stressed that the nuclear agreement with Iran is possible and can be the first step for the establishment of bilateral diplomatic relations. And that the United States, for its part, hopes to improve relations with Iran, as a country that has “proven peaceful nuclear program, and whose economy, after the lifting of sanctions, will re-integrate into the international community.”

As for Iran, the situation is as follows. Regardless of the specific domestic political contradictions in Iran, within the ruling Iranian elite a consensus has been reached on the nuclear issue. It is based on the full recognition of the country’s right to continue its nuclear program. Such a consensus is an important factor in the political consolidation of Iran. 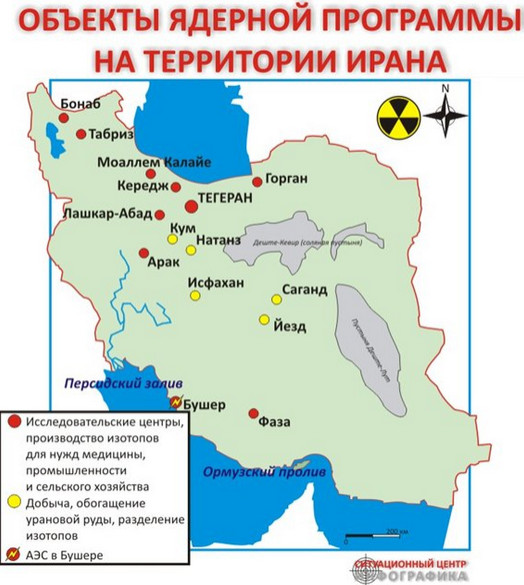 Despite the prolonged action over a long period with regard to Iran of strict international political and economic sanctions, Tehran does not intend to abandon its nuclear program, successful implementation of which is the key to saving of the state’s prestige, ensuring its regional leadership and leverage in its confrontation with the United States, Israel and the Gulf monarchies.

If there is a political will of the leadership of Iran, and after it has taken a decision to enrich to 90 % level the available slightly enriched uranium hexafluoride, Tehran could theoretically within 1-1.5 years get uranium isotope U-235 in an amount sufficient for production of 3-4 combat nuclear devices on the basis of weapons-grade uranium.

At the same time, despite Tehran’s declaration of achievements in implementation of its nuclear program, analysis of available data suggests that in the nearest future Iran’s production of combat nuclear device is unlikely due to the lack or insufficient level of development and introduction of new technologies in Iran in the following spheres:

Besides, introduction against Iran of strict international (in accordance with UN Security Council Resolutions №№ 1737, 1747, 1803, 1887 and 1929), and especially unilateral sanctions by the USA and the EU, has a negative impact on the pace of scientific, technical and technological development of the country, significantly slowing down the implementation of Iran’s nuclear program. 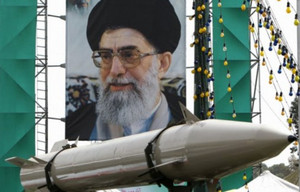 In general, creation by Iran of nuclear weapons and its carriers of intercontinental class will require (subject to political will and the decision by the leadership of the country) total mobilization of scientific, technical, industrial, financial, intellectual and spiritual potential of the state. This, in its turn, will significantly reduce the level of welfare of the population and, as a consequence, will lead to the growth of internal instability in Iran.

At the same time, now the IRI insists on the inadmissibility of additional requirements that go beyond the “nuclear issues” and have to do with Iran’s missile (ballistic) program, and therefore Iran considers it inappropriate to discuss them in a dialogue in the 5+1 format.

To date, due to changes in the global geopolitical and geo-economic (energy) situation, there are preconditions for starting the “reset” of relations between the West and Tehran.

Thus, based on results of meetings “on the margins” of the UN General Assembly on 26-30 September 2014, the Iranian side and the representatives of the 5+1 (the United States, China, France, Russia, the UK and Germany) have planned to take them into account at the conclusion (before November 24, 2014) of Comprehensive Agreement on Iran’s nuclear program. (A clear signal about the West’s being ready to change its approaches towards Iran, was the UK’s decision of October 6, 2014 to rule out from the list of sanctions the “National Iranian Tanker Company”, insurance company “Moellem”, Commercial Trust Bank “Sorinet” and Scientific Center of Tehran Technology University “Sharifa”). 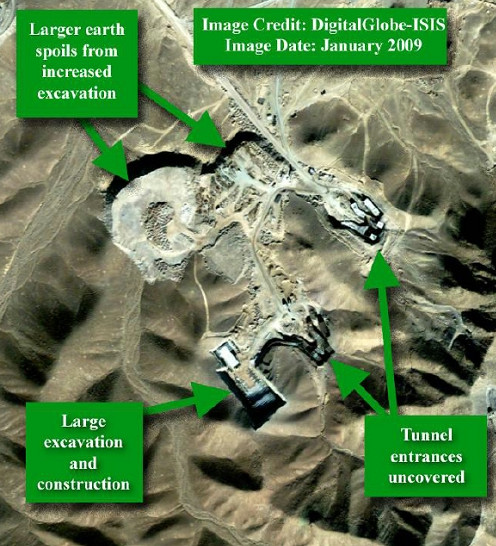 At this, the Iranian side raises fundamental conditions for a successful conclusion of the negotiations:

Tehran is not going to give up its right to peaceful atom, including the possibility of its enrichment in exchange for lifting of sanctions. Iran considers totally unacceptable the demand to almost completely stop uranium enrichment (options — up to 3.5 % in the seven-year period/the so-called IAEA/South Africa precedent or up to 4.99 % at the plant in Fordo), because it does not meet the standards of international documents, especially of the Treaty on the Non-Proliferation of Nuclear Weapons.

Europe insists on Iran’s using 4 thousand centrifuges. At this time it already owns 19 thousand centrifuges, while declaring about the need to have 190 thousand (the Iranian leader Khamenei’s recent statement), necessary for production of nuclear fuel for the Bushehr Nuclear Power Plant.

At the same time, the situation around the negotiations is complicated by another aggravation of the political confrontation between Iranian President Hassan Rouhani and members of his government on the one hand, and radical representatives of conservative circles — on the other.

In particular, conservatives believe that the lack of progress in the negotiations for a long time and constant postponement of a final agreement is the result of deliberate delaying of dialogue by the West. Part of the Iranian political elite more and more vigorously criticizes H. Rouhani for his “excessive flexibility” in negotiations that could lead to the loss of initiative in matters concerning Iran’s vital national interests.

Despite the fact that the spiritual leader of Iran A. Khamenei has ordered not to intervene in the negotiations and not to interfere with H. Rouhani, the leadership of the Islamic Revolutionary Guards Corps (IRGC) demonstrates its disagreement with the outcome of the talks on the nuclear issue. The reason for IRGC’s reluctance to make concessions, especially to reduce the level of international sanctions and to open to western companies an access to the Iranian market, is that the Corps does not want to lose its money and influence in the country. During M. Ahmadinejad’s presidency, IRGC controlled Central Bank of Iran, oil and gas industry, leading transport companies of Iran. The situation may change in case of Western companies’ arrival at the Iranian market. They can displace structures controlled by the IRGC, as they are more experienced, professional and qualified in the field of business in accordance with international standards.

Besides, there is a change in Iran’s Foreign Ministry’s leadership’s rhetoric. The Foreign Ministry has already made a number of official statements about the low probability of signing of a final agreement before November 24, 2014.

In turn, the President of the Islamic Republic of Iran is trying to explain his actions by the corresponding directive of the country’s leader Khamenei, back in September 2013 calling upon the Government to use “flexible” diplomacy.

At the same time, Spiritual Leader himself in one of his latest speeches declared 11 “red lines”, including creation of 190 thousand centrifuges, strengthening the protection of the plant in Fordo from all sorts of bombing attacks, completing, and not suspension of Iran’s nuclear program, as well as defending its right to continue research in the nuclear sphere.

A. Khamenei’s position has transformed, in particular, due to the political situation in the country and the critical state of the economy of Iran. This makes him take propaganda decisions and to hold his ground in negotiations in order to avoid being accused by the Iranian opposition of betraying national interests in favor of the West and to prevent the occurrence of prerequisites for the overthrow of the current regime.

In general, Tehran seeks to position itself as an important stabilizing force in the Middle East, ready to seek compromises to loosen/level the diplomatic isolation of Iran. At this, in case of a successful settlement of the Iranian nuclear issue, Iran’s political elite hopes to increase Tehran’s influence in Syria, Iraq and Afghanistan, which will allow to effectively compete for regional leadership.

There is reason to believe that the USA’s government, in order to reach a Comprehensive Agreement on the Iranian nuclear program, will adhere to principled positions on the following key issues of the negotiations:

in particular, this applies to the Parchin military factory, as well as to the ban on entry to Iran for some experts of the IAEA in connection with their involvement in intelligence agencies;

lifting of economic sanctions against Iran:

international and regional cooperation with Iran: 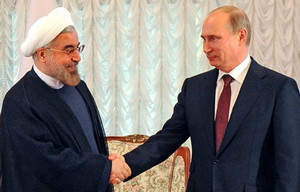 In the context of deepening confrontation between Russia and the West because of the events in Ukraine, Moscow sees Iran as a situational strategic ally in southern Eurasia. Despite the Russian Federation’s declarations about its considering hypothetical Iranian nuclear program a threat to its national interests, it considers the Iranian problem from the point of view of possible changes in the geopolitical balance of power in the Caucasus, the Middle East and Central Asia as well as in the context of fluctuations in energy carriers prices.

So, the real goal of the Kremlin’s foreign policy towards Iran remains preservation of the Iranian nuclear program as leverage in its confrontation with the United States and individual EU countries.

Besides, Moscow’s official position on the Iranian issue could also be part of a kind of “geopolitical bargaining” with these players.

Against this background, the recent decisions of the USA and the UK, concerning Iran, defrost of Iran’s accounts in conjunction with other signals of the West on the actual reconsidering its position on the Iranian nuclear program towards a willingness to meet some requirements of Tehran, in the medium term can contribute to the solution of the Iranian issue, and this is disadvantageous for Russia in geopolitical and geo-economic dimensions.

This could pave the way for Moscow’s manipulating the existing system contradictions between the West and Iran in order to prevent a real “reset” of relations between Iran and the Western world.

So, while the negotiation process continues, Tehran, knowing that it will be pressured to reduce uranium enrichment from 20 % to 4.99 % or 3.5 %, which does not give the possibility to build a nuclear weapon based on uranium, will speed up the processing of heavy water at the military plutonium factory in Arak, that is, will implement the “plutonium way” of creating nuclear weapons. Besides, everyone knows the Islamic Republic’s unique ability to mobilize all forces and resources in hard times. And now, also, for the umpteenth time, Tehran will refute predictions of skeptics and find a way to solve the most complex problems.