Against the background of recent joint strikes by the USA, France and the United Kingdom on Syrian chemical weapons sites, somewhat ignored was an event significant for the American continent. Namely — the meeting of the leaders of the Americas and the Caribbean, including Mexico and Brazil, which, by the way, was planned to be visited by US President D. Trump. This event was held in the capital of Peru, Lima, on April 13–14, 2018.

As for D. Trump’s visit to the forum, it did not take place. The explanation is simple: there was a need for the US President’s personal participation in the Syrian “process”. Therefore, Vice President of the United States Mike Pence arrived in Lima. The CNBC TV Channel points out that for the past 24 years this was the first time that the US President did not participate in the summit of the Americas. It is also mentions that, in contrast to the USA’s position, China, in turn, took the chance to demonstrate its being interested in developing relations with the countries of the region.

But then, such an active economic policy of the People’s Republic of China has recently become traditional. Just look at China’s direct investments in Latin America, which had grown by more than 110 billion US dollars within the period from 2003 to 2016. The main such growth was observed in the period from 2012 to 2016, the CNBC reports with reference to the data from the Atlantic Council. Analyst of the Atlantic Council Sean Miner argues that “…there is an opening for China to expand its influence there. That’s in part due to the lack of attention from the US. The US has recently been more focused on other world affairs”. He also noted that more than 80 % of Chinese investments in Latin America come from state-run companies, signaling a more hands-on approach to Latin America by China.

“The U.S. is still a major ally (to Latin American countries)”, said Monica de Bolle, senior fellow at the Peterson Institute for International Economics. “But not too many countries are looking too favorably at the Trump administration”. “There has been a sense that the US has no strategy for Latin America. The biggest risk heading into the summit — prior to Trump’s cancellation — was Trump banging his fist on the table demanding cooperation from Latin American leaders against China”, de Bolle said.

In this regard, interesting is the report about the events in Lima by the Swiss edition Neue Zürcher Zeitung (NZZ)’s correspondent in Latin America Nicole Anliker. The article entitled “There Is No Single Position on Venezuela”, published in the NZZ on April 15, states that the absence of US President D. Trump at the summit of the leaders of the Americas continues to dismantle relations between the USA and Latin America. China, meanwhile, is spreading its influence over the said American subcontinent.

Attention should be paid to the tense situation and the lack of unity among the leaders of the region in relation to the upcoming presidential elections in Venezuela. Famous for its undemocratic forms of government, Nicolas Maduro, whose term of office is running to its end, was at the center of attention at this summit. However, it is still too early for him to be afraid of any negative consequences for himself, although the Presidents of Argentina and Chile said they would not recognize the presidential elections in Venezuela scheduled for May 20, 2018.

The United States and other influential countries of the region, such as Brazil and Mexico, have sharply criticized N. Maduro for his authoritarianism. However, the states of the Americas and the Caribbean could not unanimously condemn N. Maduro. Only 16 out of 33 summit members called on the Caracas government to hold a transparent presidential election. Moreover, such a statement hardly differs from previous proposals or statements.

So, it turns out once again that the region lacks a leader who would unite the countries there. It is said that such an opportunity for unification can be created by the humanitarian crisis in Venezuela.

Tensions Between the United States and the Countries of the Region 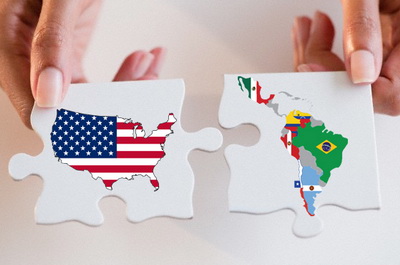 Meanwhile, the United States has other priorities. As mentioned above, President D. Trump canceled his trip to Lima in the short term due to the Syrian crisis. Vice President M. Pence, who participated in the summit, did announce about additional aide to Venezuelan refugees in the amount of 16 million US dollars. But he did not announce any new sanctions against the ruling regime.

M. Pence tried, first of all, to eliminate some tension in relations between the USA and Latin America. He said the North American Free Trade Agreement (NAFTA) with Mexico and Canada could be concluded in a few weeks.

Interestingly, a few days ago, President of the United States said quite different things: D. Trump threatened Mexico to stop the project NAFTA due to the fact that the Aztec country has been doing nothing or nearly nothing to prevent illegal immigration to the United States. At the same time, D. Trump ordered to send military units to the southern border with Mexico. After that, Mexican President Enrique Peña Nieto instructed his cabinet to revise bilateral relations with the United States.

These relations have been problematic since the very beginning of D. Trump’s presidency. Even during the election campaign, he called Mexicans “drug dealers, criminals, rapists” and announced the construction of a border wall between the two countries. D. Trump threatens Mexico with the break-up of the Free Trade Agreement and declares that he does not want to solve the problems of “Dreamers”.

But D. Trump behaves like this not only with Mexico. He has somewhat humiliatingly spoken about Latin American countries, threatening Colombia and Peru to stop providing financial assistance for the fight against drugs, relations with Cuba during his leadership have also noticeably cooled down. D. Trump’s aggressive rhetoric and unpredictable politics have undermined inter-state relations within the American continent and caused the Latin American leaders’ concern. According to a study by the American Institute of Public Opinion (Gallup), 16 % in Latin America approve of Trump’s job performance.

D. Trump’s distancing and absence at the summit of the Americas was perceived in the region first of all as confirmation of his stable indifference to Latin America. Since his having become US President, he has never visited the region. And this was also the first summit of the Americas without the presence of the US President. Although in his address to the nation in January of this year, D. Trump said that 2018 would be the year of the American continent, so far this is not noticeable. Many feel that D. Trump uses his foreign policy towards Latin America for internal political purposes, in particular — to satisfy the conservative electorate with the planned construction of the border wall and to urge the harassment of migrants. 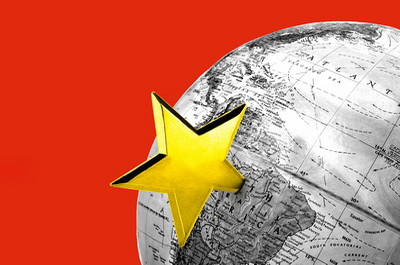 While D. Trump calls some Latin American countries “not his friends”, Chinese President Xi Jinping adheres to a more pragmatic position. Since 2012, he has visited the region three times, calling it a “vibrant and promising”, intercepting a geopolitical initiative from the United States.

China is focused not only on the mineral and agricultural raw materials of Latin America. This region is also many countries’ largest donor and most important trading partner. In 2017, the total trade volume between China and Latin American countries rose 18.8 % to nearly 260 billion US dollars. Trade structure is improving as China is importing more agricultural products and manufactured goods from the region.

Meanwhile, China’s direct investment in Latin America is estimated at more than 25 billion US dollars, accounting for 15 % of the total foreign direct investment in the region last year. At this, infrastructure projects such as railways, roads and ports are increasingly being financed.

And this does not suit the United States. The White House had announced before the summit that it is the United States, and not China, that has to be Latin America’s main trade partner. In January 2018, US Secretary of State R. Tillerson made a sensational speech where he addressed to Beijing the words that Latin America does not need new imperial powers that seek only to benefit their own people. However, such a statement seems paradoxical, given the fact that in the region the trust in the real actions of D. Trump decreases.

Thus, recent events around the summit of the Americas and the Caribbean indicate an aggravation of geopolitical competitions between the two major world powers.