Bulgarian society is sure that joining the European Union in 2007 is the main achievement of Bulgaria in its modern history. This step gave the country an opportunity to return into Europe and to maintain the people’s life according to European values and principles. This process is supported by foreign investments into the development of the Bulgarian economy, which is supposed to be improving the level of life of the population and to stimulate the reformation of the system of state government, bringing it up to the European standard. 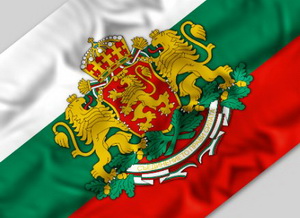 Bulgaria’s reliable partners in its European integration have become Germany, France, Belgium and Turkey (despite the complicated historic relations with the latter), whose volumes of investments into the development of the Bulgarian economy were the largest.

Within the framework of the EU, Bulgaria has concentrated on the measures of the European Union as to the country’s energy security, as well as on the policy of widening of the organization by the countries of Western Balkans joining it. Showing its true support to Euro-integration processes, Bulgaria was one of the first EU countries which in March 2008 ratified the Lisbon Agreement.

Besides, carrying out the EU’s demands, Bulgaria, without hesitations, began the reforms of its juridical system, the bodies, called to fight corruption and an organized crime.

Bulgaria’s participation in the formation and activity of the Balkan fighting tactic group (Bulgaria, Greece, Cyprus, Romania), which is a part of the European Rapid Reaction Forces, can also be called active.

Has to be admitted the fact that in the way of completing the process of European integration is a non-final settling of the questions of the reformation of the juridical bodies, and also corruption in the bodies of state power. This is one of the reasons why Bulgaria cannot join the Schengen Area yet.

“Private Jane” in Bulgarian uniform.
Lt. Col. Nevena Miteva: We were eight colonels of women
and we hope that, at least one of us becomes a general 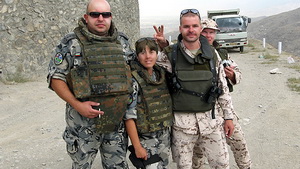 Keeping in mind these particular problems, it was so crucially important for Bulgaria to join NATO first. Such a decision of the Bulgarian government at the stage of post soviet development of the country and its integration into the EU seemed quite logical. On the one hand, this was increasing Bulgaria’s security and creating preconditions for its joining the European Union, and on the other hand it was strengthening the southern wing of NATO in the Black Sea region.

Bulgaria’s joining the NATO was thoroughly planned and properly arranged by the country’s government and with the assistance of the Alliance. That process included the following steps: 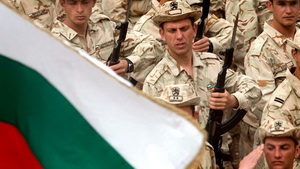 Since the moment of gaining the status of a proper membership in NATO (2004), Bulgaria had begun the 5-year long cycle of adaptation, during which the law base of the country had been brought up into accordance with the NATO’s demands. First of all, the Bulgarian Parliament adopted amendments to the laws regarding to defense and armed forces, in particular, in the part of transfer to the professional base of the staffing the troops. The armed forces of Bulgaria began coming over to the modern infrastructure, their systems of commandment, communications, arms and equipment – to the standards of the Alliance. The level of the operative and fighting readiness of the army was increasing, ensuring its proper participation in carrying out the tasks of NATO as to the defense of the national territories of the countries-members of NATO, as well as in peacekeeping operations at the remote territories of the war actions.  Operative and fighting capabilities of the USA and NATO in the Black Sea region improved after Bulgaria’s having given its military infrastructure for deployment of subunits of the Joint Task Force “East” of the US army, the task of which is a transport-logistic security of the military actions of the USA and its allies in Iraq and Afghanistan.

According to the “Agreement between the Governments of the Republic of Bulgaria and the USA on cooperation in the defense sphere”, dated to the 28th  April 2005, for  the dislocation of the American troops there were determined the airbases ‘Bezmer”(Yambol) and “Graf Ignatievo”(Plovdiv), a training ground “Novo Selo (near Sliven) and military defense depots (near Aytos). In the total, at the base of the mentioned above structure, there can be deployed up to 5 thousand American servicemen with all the necessary equipment and arms, which allows to actually form a brigade of the expedition forces of the USA army.

The dislocation of the American troops at the Bulgarian territory not only strengthened the security of Bulgaria, but also positively influenced the development of its national armed forces and economy. Thus, within the framework of the joint military trainings, the quality of the readiness of the AF of Bulgaria has increased, new abilities for re-arming the Bulgarian military subunits and bringing them up to the NATO standards, and it also involved American money for the modernization of the Bulgarian military infrastructure. For example, into the development of the infrastructure of the training ground “Novo Selo” alone, the American side has invested 60 million US dollars.