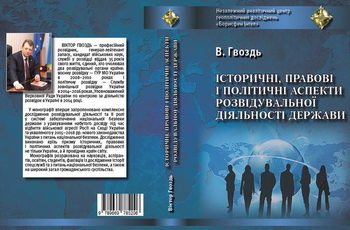 The new monograph of Victor Hvozd devoted to the comprehensive analysis of intelligence activities in the context of the system of ensuring the national security of the State. In fact, this is the only one we have published on this subject and it can be considered the basis for further study on such important theme as Intelligence. Especially as the author, referring to the experience gained during the repulsion of Russia’s armed aggression in the East of Ukraine in 2014–2018, points out certain features of such an analysis, which today has become the basis of Ukrainian lawmaking in intelligence sphere and highlights its various aspects. Based on available scientific studies and publications and the new Ukrainian legislation on national security, the author analyses in detail the intelligence activity in the system of ensuring the national security of our country through the prism of historical, legal and political aspects of such activity not only in Ukraine, but also in leading countries of the world.

The monograph consists of 21 chapters, which are united in six sections with the following titles: “Philosophy of Intelligence”, “Historical Sources and Main Stages of the Development of the Ukrainian Intelligence”, “The structure of the Intelligence Services of the Leading Countries of the World”, “National Security of the State,” “Intelligence agencies of Ukraine”, “International and Security Trends in the Modern World”. 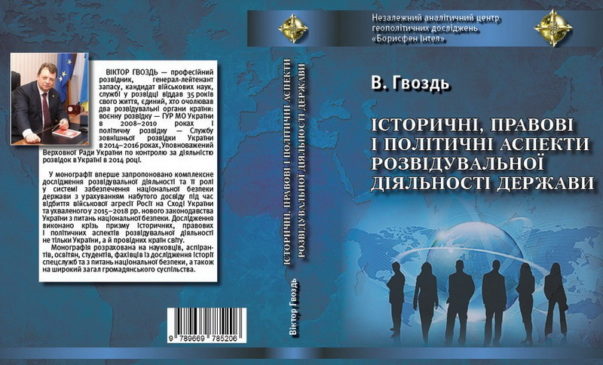