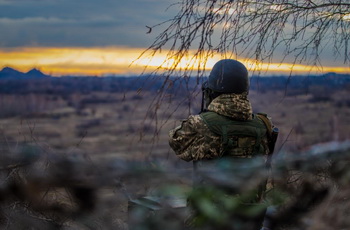 The Conflict Between Russia and Ukraine May Escalate Again

The events in Ukraine and the aggravation of the situation on its border with Russia are discussed in an article in the German newspaper Berliner Zeitung. It begins with a report that the world community, including NATO, is closely monitoring developments in Ukraine. The Allies are concerned about Russia’s violation of the ceasefire imposed in the summer of 2020, which killed four Ukrainian servicemen last week. By its destabilizing actions, Russia is disrupting the implementation of the ceasefire agreement of July 20, 2020, which the OSCE is monitoring.

The Berliner Zeitung further reports that fighting in the East of Ukraine between pro-Russian forces and the government army has intensified since mid-February 2021, and the mass movement of Russian troops was reported earlier this week. Russia is currently concentrating its troops on the northern and eastern borders with Ukraine and in the annexed Crimea, while the Kremlin is trying to persuade the world that their deployment on the border with Ukraine does not mean plans to invade its neighbor.