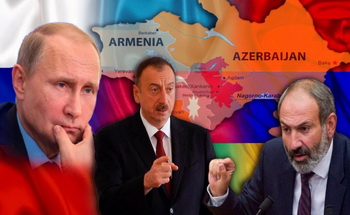 Reasons, Consequences and Lessons for Ukraine

According to most estimates, such a document creates conditions for restoration of peace in the region and actually consolidates Azerbaijan’s victory over Armenia. At first glance, this is true. Thus, in contrast to the previous armistice agreements concluded between Armenia and Azerbaijan on October 9, under the mediation of Russia, October 17, within the framework of the OSCE Minsk Group and on October 25, under the mediation of the United States, this time the parties to the conflict have really stopped active hostilities.

As a result, Azerbaijan has regained control of most of its territories, strengthened the security of the population and strategically important facilities (including the Baku — Tbilisi — Supsa oil pipeline) in neighboring areas with the conflict zone. But Armenia has not only lost the “security zone” around Nagorno-Karabakh, but also a large part of the territory of the self-proclaimed republic.

At the same time, the consequences of this year’s intensification of the armed conflict around Nagorno-Karabakh probably have only moral and psychological significance for both Azerbaijan and Armenia. In reality, Nagorno-Karabakh, which lies mainly in the highlands, has no geographical, economic or demographic value. In the confrontation between Armenia and Azerbaijan, an actual winner is Russia, which managed to realize a number of its strategic and regional interests. In particular, the following is meant:

Under such circumstances, Azerbaijan’s victory is perceived quite ambiguously. After all:

In short, this confirms Russia’s involvement in the Nagorno-Karabakh conflict, which it purposefully manages. For example, everyone knows about Russia’s provision of weapons to both Armenia and Azerbaijan, as well as about the provocation by the Russians of armed confrontation between them. Signs of similar actions are observed in the current situation around Nagorno-Karabakh. In particular, it is possible that Russia covertly insisted on Azerbaijan’s refusal to continue its offensive in Nagorno-Karabakh on Russian terms, which will in some way satisfy Baku’s current interests.

Thus, in late October 2020, Russia agreed to return to Azerbaijan its occupied areas around Nagorno-Karabakh. It was fundamental for Azerbaijan.

At the same time, through the State Duma of the Russian Federation and the pro-Kremlin media, threats began to spread about the possibility of Russia’s providing direct military assistance to Armenia in its confrontation with Azerbaijan.

According to historical experience, such threats would be later implemented. After all, in all the conflicts provoked by Moscow in the Soviet republics and the countries of the former USSR since 1988, the Russians have always rushed to the aid of the separatists. In addition to Nagorno-Karabakh, such military interventions took place in Transdniestria, Abkhazia and South Ossetia. Russia’s armed aggression against Ukraine was the same.

The incident related to the crash of a Russian military helicopter on the border between Armenia and Nagorno-Karabakh on the evening of November 9 was also quite eloquent. Moscow and Yerevan reported that the helicopter was shot down by Azerbaijani air defense, which, in fact, created a pretext for Russian aggression against Azerbaijan. Given the whole complex of problems around Nagorno-Karabakh, it is possible that this incident forced Azerbaijan to make concessions to Russia.

In this regard, one fact attracts attention. Thus, bringing Russian troops into Nagorno-Karabakh began at six o’clock in the morning on November 10, 2020, which once again confirms Russia’s advance preparation for such a development.

Russia pursues exactly the same policy and for the same purpose towards Ukraine. By imposing its version of the “settlement” of the conflict in the Donbas, Russia is trying to maintain its influence in Ukraine, as it has already done for Armenia and Azerbaijan because of their conflict over Nagorno-Karabakh. Shouldn’t this be taken into consideration when working on options for “settlement” of the Donbas and Crimean problems?