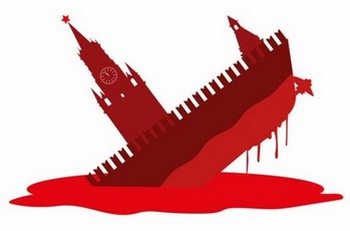 Has Moscow learnt anything from its own history?

One of the main themes of the Kremlin’s subversive propaganda at the present stage is the assertion of the “success of Russia’s special operation” in Ukraine and the “destruction” of the Ukrainian Army, Air Force and Navy. At this, as always, Russia’s own losses are completely silenced. We will try to rectify this situation, although the losses of Russian troops on Ukrainian territory are well known. However, we would like to look at Russia’s military losses from a slightly different perspective, namely, as a common problem for Russia, inherent in its entire history. Within the framework of such an approach, we will first analyze only one aspect, in particular – how the Russian Black Sea Fleet proved itself in the war against Ukraine. This issue is particularly relevant in connection with the role of the Russian Black Sea Fleet as Moscow’s traditional instrument for implementing its policy towards our state.

How has the Russian Black Sea Fleet “pleased” Moscow since its attack on Ukraine in February 2022? Especially if we take into account the fact that in recent years most of the funds from the Russian military budget have been allocated for the development of the Black Sea Fleet. It included new missile ships and submarines, not to mention multipurpose warships. Besides, the Black Sea Fleet was supplied with the latest aircrafts and helicopters, as well as armored, artillery and other equipment for marines and coastal defense.

Also, exercises of the Black Sea Fleet and the Southern Military District of the Russian Armed Forces were actively conducted, during which various scenarios of wars between Russia and Ukraine and the USA/NATO in the Black Sea region were worked out. The tasks of naval battles between the Black Sea Fleet and the US Navy and other NATO navies, strikes on enemy coastal targets, as well as naval landings and repulses of amphibious and air landings were rehearsed. At this, during such exercises, the Armed Forces of Ukraine were practically not taken into consideration by Moscow.

Moreover, relying on its military capabilities (in the annexed Crimea included), Russia had moved to open demonstrations of its claims to control the entire Black Sea region and had begun an active expansion in the Mediterranean region. For example, under the pretext of assisting the Assad regime in Syria, Moscow deployed its military bases in that country and openly threatened the US Navy’s 6th Fleet in the Mediterranean. 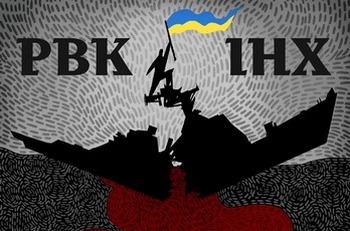 However, as developments have shown, the Russian Black Sea Fleet (like all Russian armed forces) has completely failed in its tasks in the war against Ukraine. And its vaunted power proved to be nothing more than a myth of Russian propaganda. In fact, the Black Sea Fleet not only did not live up to Moscow’s expectations and the funds invested, but also suffered a de facto defeat. And this is quite obvious.

Contrary to Moscow’s hopes for Turkey’s loyalty to it, immediately after Russia’s attack on Ukraine in February 2022, Ankara closed the Bosphorus and the Dardanelles to the passage of Russian warships. As a result, the Black Sea Fleet, and with it the three large landing ships of Russia’s Northern Fleet, were “closed” in the Black Sea. This deprived Russia of the opportunity to strengthen the Black Sea Fleet at the expense of other fleets, and also significantly complicated its actions in the Mediterranean, including the support and provision of the Russian contingent in Syria. Moreover, it showed Turkey’s unity with NATO and Ankara’s attitude towards Russia as a secondary state.

In addition, throughout the war, the Russian Black Sea Fleet was unable to inflict significant damage on Ukraine and its armed forces. Of course, the launches of sea-based Caliber cruise missiles on Mykolayiv, Odesa, Kharkiv, Khmelnytskyi, Vinnytsia and other cities, towns and facilities have damaged their infrastructure. However, this was not critical and did not reduce Ukraine’s defense potential.

Similarly, the Black Sea Fleet’s attempts to provide air support to the offensive actions of the Russian ground forces near the Mykolaiv airport and Mariupol were not significant. The same applied to the inability of the Black Sea Fleet to conduct naval landing operations near Odesa (both due to the presence of a strong coastal defense in the Ukrainian city and the refusal of Russian Marines from suicide attacks). And where is Suvorov’s wisdom “difficult to learn – easy to fight” here? As we can see, the exercises of the Black Sea Fleet were a common display for propaganda slogans about its alleged mighty power.

And one more thing. As we have written in previous publications, a single cruiser, or a US/NATO guided missile destroyer, can destroy the entire Black Sea Fleet with a volley of its ammunition. As life shows, the US Navy and other NATO navies are not needed for this. Ukraine is able to liquidate the Black Sea Fleet on its own.

For example, on March 7, 2022, the Russian patrol ship “Vasily Bykov” was shot down near Odesa by artillery fire; on April 4, an anti-ship missile damaged the frigate “Admiral Essen”. Both ships were armed with Caliber missiles and fired on Ukrainian cities.

Along with this, the Russian Black Sea Fleet lost at least three more combat boats. Interestingly, one of them was destroyed by an anti-tank missile in the waters of the Sea of Azov near Mariupol, which was a unique case.

And what is most significant, the traitors of Ukraine, who sided with Russia in 2014, were killed or taken prisoner of war as part of the battalion tactical groups of those units. By the way, they were specially sent to die in Ukraine for the purpose of “disposal” as unreliable. This is the fate of all traitors who rely on Moscow.

There, in the south of Ukraine, most of the Black Sea Fleet’s naval aircrafts based in the annexed Crimea also were shot down. Although lucky were those pilots who were shot down over land and got at least some chance of survival. Because the destruction of an aircraft over the sea means certain death for its crew.

But then, as noted above, this is not the first case of defeat of the Black Sea Fleet, which for it is the rule rather than the exception. However, in some cases the Black Sea Fleet perished even without fighting. Let us recall the most significant facts from history in the context of today’s situation.

The very first failures of Tsar Peter I in the late 17th and early 18th centuries marked the beginning of Russia’s future failures in implementing plans to project its naval presence in the Black Sea-Azov region. The so-called Azov Flotilla, built in Voronezh and Bryansk, was destroyed by a storm and ceased to exist before meeting with the Turkish fleet.

The second attempt to create the now Black Sea Fleet was made by Empress Catherine II in the second half of the 18th century. However, due to total corruption in the Russian government and lack of experience in shipbuilding, the fleet was completely incapacitated and was also destroyed by storm before meeting the enemy.

Russia did not abandon plans for aggressive expansion in the region, for which a new Black Sea Fleet was built. However, until the middle of the 19th century, it practically did not take part in hostilities, except for some skirmishes with the Turkish navy. At this, they all were presented as “historic victories”, such as the famous Battle of Sinop in 1853. In reality, this was an attack of the main forces of the Black Sea Fleet on obsolete Turkish ships, which were “at a standstill” and virtually unarmed.

And when the Black Sea Fleet met with a really strong enemy – the British and French fleets during the Crimean War of 1853–1856, it was again virtually destroyed without a fight. It is known that the ships of the Black Sea Fleet were sunk in Sevastopol Bay in order to prevent the breakthrough of enemy fleets. Nevertheless, most of Sevastopol was captured by British and French troops, and Russia lost the war.

The next “reincarnation” of the Black Sea Fleet was built by Russia in the early 20th century and included modern armored battleships, cruisers, destroyers and submarines. In addition, the naval bases of the fleet were significantly strengthened and became “impregnable fortresses” in the Black Sea. But all this mighty power again did not help the Russian Empire. With the outbreak of World War I in 1914, the entire Black Sea Fleet was actually blocked at its bases by only one German cruiser and a few much weaker Turkish ships.

And a year after the revolution in Russia in 1917, by order of the new Bolshevik government, most of the Black Sea Fleet was sunk near Novorossiysk in order to prevent the capture of ships by the Germans. The remaining combat and transport ships of the fleet were returned to Sevastopol, and in 1920 were captured by Bolsheviks’ adversaries and used by them to evacuate from the Crimea. By agreement with France, the remnants of the Black Sea Fleet found themselves in Tunisia, where they found their last refuge.

And then the history repeated itself again. The Soviet government restored the Black Sea Fleet and, moreover, made it the strongest in the region. On the eve of World War II, it several times outnumbered all adversaries of the Soviet Union on the southern flank of the European theater.

After World War II, the Soviet Union once again rebuilt the Black Sea Fleet, which once again became the most powerful in the region. And again, it was lost without a fight, in fact – destroyed by Russia under the guise of its “reform” (in reality – theft) after the collapse of the Soviet Union.

And now we would like to ask: has Moscow learnt anything from its own history? Obviously not, as shown by the deplorable inefficiency of the Black Sea Fleet during the war with Ukraine.