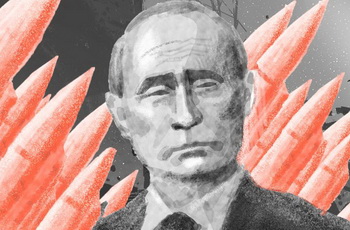 Russia Against the USA and NATO

In my previous article, “Coronavirus and Army. A New Field of Confrontation in the World”, I have already raised the theme of the global epidemic’s impact on the military activities of different countries. At the same time, it is much deeper and worth being analyzed again. Especially in the conditions of further developments in the above-mentioned sphere, which will allow to clarify and extend the conclusions made.

This first of all applies to a number of fundamental differences in the USA/NATO’s and Russia’s approaches to the use of armed forces in the new world of the epidemic. Both, Western countries and Russia are actively engaging their military in dealing with the coronavirus infection. At the same time, absolutely opposite are the parties’ attitudes to traditional measures of operational and combat training of their armed forces, during which the use of troops in wars or conflicts is rehearsed.

In the view of the military and political leadership of the United States and NATO, in the face of this world-wide pandemic such issues fade into insignificance. The exceptions are strategic deterrence and counter-terrorism, which in any case remain relevant. Under the circumstances, the USA/NATO maintain a constant combat readiness for their nuclear forces and are increasingly doing their best to protect personnel against coronavirus infection. At the same time, counter-terrorism units are in high readiness. The military exercises of the conventional forces are being reduced, and the resources released are being used to counteract the pandemic.

The rest of the civilized world also stands for the need to reduce the military activity and to abandon wars and armed conflicts. In particular, in March–April, 2020, the United Nations and the European Union made relevant statements.

Moscow’s position is absolutely different. It is not going to give up its neo-imperial ambitions. Even in the face of a deadly danger to all mankind through coronavirus. For example, Russia has not reduced its military activity, but, on the contrary, is increasing it on all strategic directions. This is how they try to demonstrate Russia’s superiority over the West, in particular its willingness to pursue its geopolitical interests in all possible ways, military ones included. Even despite the epidemic. At this, the redistribution of military resources (including personnel) to combat the epidemic is offset by mobilization activities. For example, despite the epidemic, the conscription to the Russian Armed Forces does not stop. And in the guise of preparing for the exercises, reservists are called in.

The most illustrative example of fundamental differences in the approaches of parties is the preparation for the USA/NATO Defender-Europe 20, which was planned for the period from February to May 2020, and Russia’s response to it.

To begin with, Defender-Europe 20 was supposed to be the largest since the end of the Cold War. About 40,000 US military personnel and their NATO allies had to be involved. At this, the exercise scenario was similar to the US/NATO REFORGER (Return of Forces to Germany) exercise, which had been held annually between 1969 and 1993 and involved rehearsing of the repulsion of the Soviet Union’s invasion of Europe. The scenario of the Defender-Europe 20 exercise included three main steps, namely:

In practice, these forces had to be reinforced by some units and troops of Allied Forces deployed in the region as well as by US troops redeployed to Europe;

As part of the implementation of such plans in February and early March of 2020, some of American troops intended for participation in the exercise was deployed to Europe. However, due to the outbreak of the epidemic, the exercise was virtually stopped due to the spread of coronavirus diseases among the US and other NATO countries’ military, and the need to involve troops in the fight against the epidemic. Currently, postponing the exercise or conditional rehearsal of its scenario on maps is being considered.

Unlike the US and NATO, the epidemic and its consequences have not stopped the Russian Federation. Thus, in February–March 2020, a series of large-scale trainings of the Armed Forces of the Russian Federation on the Northwestern (Baltic), Southwestern (Ukrainian and Black Sea) and Eastern (Pacific) directions took place under the guise of testing troops for the winter training period.

Of these, the most extensive was the bilateral operational-tactical training of the 1st Tank Army and the 20th Combined Arms Army of the Western Military District of the RF Armed Forces. In total, about 20,000 servicemen participated in the training. Of these, more than 3 thousand were involved in the direct fulfillment of combat training tasks. At 10 training grounds in Moscow, Nizhny Novgorod, Smolensk, Ivanovo, Yaroslavl, Voronezh and Belgorod regions, different elements of offensive and defense operations were rehearsed. The main element was the “tank battle” at the Pogonovo training ground near Voronezh, when units of the 1st Tank Army broke through the defense of the 20th Combined Arms Army.

Against the common operational background with this exercise, were held joint trainings of the 6th Combined Arms Army of the Western Military District and the Baltic and Northern Fleets of Russia. The tasks of defense of the Kaliningrad region of the RF, covering of the Russian borders, landing of marines, rocket-bomb attacks on naval groups and coastal objects of the enemy were rehearsed.

In general, the idea of the trainings of the Western Military District of Russia was symmetrical to the scenario of the exercise of the US/NATO Defender-Europe 20. At this, Russians rehearsed breaking the Suwalki Corridor with further capturing the Baltic countries.

Simultaneously, bilateral military training was held in the Southern Military District of the RF Armed Forces with the participation of the 49th Combined Arms Army and Russian troops in the annexed Crimea. Traditionally, they were repulsing “Ukraine’s efforts with NATO assistance to regain control of the Crimea”, and were practicing offensive operations against Ukraine on the Black Sea direction (from the territory of the Northern Caucasus of the RF and the Crimean Peninsula).

In conjunction with these events in March 2020, joint trainings of the 150th Motorized Rifle Division and the 1st and 2nd Army Corps (“DPR” and “LPR”) from the 8th Combined Arms Army of the RF Southern Military District took place.

A number of large-scale operational and combat trainings also took place in the Eastern Military District with the participation of the Russian Pacific Fleet. In particular, the tactical training of the Pacific Fleet in late March – early April of 2020 with participation of about 20 warships. The basis of the naval group for the training were missile cruiser “Varyag”, destroyer “Bystry”, large anti-submarine ships “Admiral Vinogradov” and “Admiral Tributs”, as well as small anti-submarine ships “Sovietskaya Gavan” and “Metel”.

All these trainings were actively covered and commented on by the Russian media, emphasizing the “preservation of high combat capability of the Russian armed forces, even in the face of an epidemic”, while displaying scornful attitude to the USA and NATO, which allegedly failed to cope with the spread of coronavirus, in their armed forces included. And as a confirmation, they cited the “de facto” refusal of the US/NATO to conduct Defender-Europe 20. In doing so, they emphasized Russia’s ability to quickly organize a long-range redeployment of more than 100,000 military (based on the experience of the “East-2018” and “Center-2019” exercises), while the United States needs about three months to deploy only one division to Europe with 20,000 service members.

Illustrative are also the RF leadership’s plans to conduct (May 9, Moscow) a parade dedicated to the 75th anniversary of the victory over Hitler’s Germany. Despite the fact that several thousand people have caught the coronavirus in the Russian capital, such plans have not been cancelled. Moreover, the parade is of particular importance — as yet another act of demonstration of the Russian military power to the West, as well as a tool of enhancing the authority of the Putin regime based on the spread of chauvinistic sentiment among the Russian population.

Such issues are especially important for Russia’s ruling top in the face of the USA’s and the EU’s refusal to lift anti-Russian sanctions, as well as further aggravation of the Russian economy’s problems as oil prices fall. Therefore, the parade will be the largest in recent years. They are going to involve 22 battalions, the newest samples of military equipment (including mobile ground missile complexes “Yars” and operational-tactical ballistic missiles “Iskander”), as well as 30 restored T-34 tanks from the times of World War II.

All this confirms the Kremlin’s ongoing methods of pursuing its foreign policy interests: at any cost, regardless of casualties or losses.

Therefore, Moscow’s aggressive foreign policy towards the West and Ukraine will not only continue, but will become sharper as the Russian Federation’s internal problems become more complicated.

At the same time, it is quite possible that such problems can reach a critical level, which can lead to unpredictable consequences — from the collapse of Russia to the Kremlin’s commitment to open armed aggression against the USA/NATO and Ukraine.