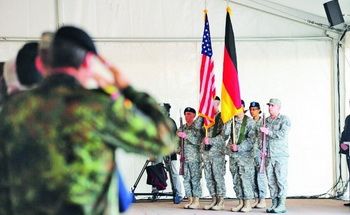 European media are reporting on possible geopolitical changes following the inauguration of US President-elect Joe Biden. Thus, they report about the decision agreed by both the Chambers of the US Congress to suspend the withdrawal of American troops from Germany. This is the withdrawal that the current US President Donald Trump insisted on.

A total of 12,000 American servicemen were to be withdrawn. The National Defense Authorization Act for Fiscal Year 2021, already approved by the ruling parties in both the Chambers of the US Congress, states that the US Secretary of Defense must report to Congress on whether the withdrawal of troops from Europe would be in the national interests of the United States.

The US Congress continues to see Germany as a powerful NATO partner. The presence of approximately 34.5 thousand US troops in Germany is an important deterrent to Russia’s military aggression and expansionist efforts in Europe. US troops in Germany also play a leading role in supporting operations in the Middle East, Africa and Afghanistan.