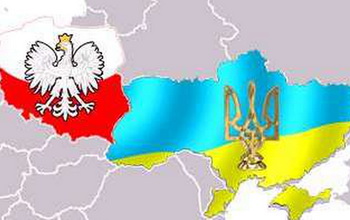 Poland has traditionally been one of Ukraine’s main partners, which supports our country in its confrontation with Russia, and lobbies Ukrainian interests in the European Union and NATO. Evidence of this was Poland’s position since the beginning of Russia’s full-scale war against Ukraine, including the transfer of Polish weapons to the Ukrainian army. Warsaw’s intentions to continue such a policy were confirmed by Polish President A. Duda during his visit to Kyiv on May 22, 2022. And this is quite understandable, because the defeat of Ukraine would mean Russia’s immediate entry into the eastern border of Poland (in addition to Kaliningrad region of Russia), which would significantly increase the threats to its security. Especially in the context of Russia’s historical hatred of Poland, which is considered by Moscow its “lost territory” like Ukraine.

In his speech before the Verkhovna Rada of Ukraine on May 22, 2022, President of Poland A. Duda confirmed the invariability of Warsaw’s position on our state. According to him, Poland will never leave Ukraine on its own. Together with other countries, Warsaw will continue to provide comprehensive assistance to Ukraine. The President of Poland expressed confidence that the Russian invaders will not be able to break the Ukrainians. Besides, A. Duda warned the world community about the impossibility of any concessions in favor of Russia, as this only pushes it to further aggressive actions. He also supported Ukraine’s accession to the European Union.

This position of Poland has a deep historical basis and is associated with critical threats to its security from Russia in all forms of existence of the two countries. Let us analyze this issue in more detail, as it is one of the determining factors influencing today’s relations between Poland and Russia and Ukraine.

After Muscovy’s annexation of the Novgorod and Pskov principalities and the establishment of full control over them in the late 15th and early 16th centuries, further direction of Moscow’s expansion was the Grand Duchy of Lithuania, and after its unification with Poland — the Polish-Lithuanian Commonwealth. However, at that time Muscovy did not have enough forces for this and tried to act through other opponents of the Commonwealth, first of all — Sweden.

However, in 1654, taking advantage of the internal strife in the Polish-Lithuanian Commonwealth and the Swedish invasion of it, the Tsardom of Muscovy invaded Polish-Lithuanian territory. We will not go into the details of that war. Let us recall that it lasted thirteen years and exhausted both sides. In 1667, the Treaty of Andrusovo was concluded, under which the Left Bank Ukraine and Kyiv, as well as Smolensk region and a number of other lands were ceded to Muscovy.

This allowed Muscovy to significantly strengthen its position and transform from the Tsardom of Muscovy into the Russian Empire. And after the end of the wars with Sweden and Turkey — to take active actions against Poland, aimed at Russia’s getting direct access to Western Europe. Based on the realities of the time, Russia used in its interests both the internal problems in Poland and other countries’ encroachment on its territory. Based on this approach, three divisions of Poland were made during the Russian Empire.

First — in 1772 after reaching an agreement between Russia, Prussia and Austria to establish control over the Polish state. In early August of that year, Russian, Prussian, and Austrian troops invaded the Polish-Lithuanian Commonwealth, occupying the Polish regions assigned to them under the above-mentioned agreement. Under pressure from the occupiers, the King and the Sejm of Poland were forced to recognize the situation and ceded most of their sovereignty.

Second — in 1793, which was the result Russia, Prussia and Austria’s moving from cooperation on Poland to a quite expected rivalry. The intensification of the actions of Polish patriots against the occupiers was the reason for expanding the scale of Russia’s military invasion of Poland. As a result, the occupiers signed a new agreement on the partition of Poland, which not only further limited its sovereignty, but also allowed Russia to significantly increase the Polish territories under its control, and then annex them.

Third — in 1795, when Russia, Prussia and Austria completely abolished the independence of Poland and annexed all its territories. And in 1797 they concluded the so-called St. Petersburg Convention, under which they undertook never to use any references to Poland in titles.

In addition to depriving Poland of its sovereignty, Russia called Poland its “historic” and “integral” part. At the same time, the Russification of the former Poland began, like earlier of Ukraine. And all manifestations of disobedience of the Polish population were severely suppressed by the Russian authorities. In particular, after the uprising of Polish patriots in 1794, in the suburbs of Warsaw alone, Russian troops under the command of A. Suvorov killed more than 20,000 civilians (including babies).

The collapse of the Russian Empire as a result of the 1917 revolution enabled Poland to regain its independence and sovereignty. This provoked fierce opposition from the Bolshevik authorities of Soviet Russia, which began steps to restore a new form of the Russian Empire, including by “gathering its lands”.

For example, in May 1920, taking advantage of an attempt by Polish-Ukrainian troops to liberate Ukraine from the Bolsheviks, Soviet Russia launched a large-scale military operation, but in fact, a war against Poland. The aim of the attack was to destroy the Polish state and create a “corridor” to Germany with the subsequent occupation of Poland under the pretext of supporting the revolutionary actions of the left movements in the country. At this, the actions of the Red (actually — Russian) Army, as always, were accompanied by mass atrocities and repression against the local population.

However, at that time Russia could not achieve its goals. Despite its dominant military superiority, in August 1920 the Red Army was defeated by Polish troops near Warsaw and had to leave Poland. However, this did not stop Russia, but only inflamed its hatred of Poles and the Polish state. In fact, destruction of Poland became one of the central ideas of Russian chauvinism, which was disguised under the slogans of spreading the world revolution.

Until the end of the 1930s, due to the economic problems in the USSR as the reincarnation of the Russian Empire and later changes in the military-political situation in Europe, Moscow refrained from resolving the “Polish question” by military means, although it maintained such plans. Russia, in the form of the Soviet Union, was just waiting for the right opportunity to implement them.

The opportunity was the Hitler Germany’s moving to a revanchist course aimed at reviewing the results of the First World War. On the one hand, this led to the resumption of Germany’s confrontation with France and Britain, and on the other — created the conditions for Berlin and Moscow’s situational rapprochement. As is well known, in August 1939 the USSR and Germany concluded the so-called Molotov-Ribbentrop Pact, which, in particular, provided for a new division of Poland. And in September 1939, the Soviet Union and Germany attacked Poland, once again liquidating it as an independent state.

The occupation of Polish territories was accompanied by war crimes by Moscow’s punitive authorities and mass repression of the local population. Suffice it to mention the execution of about 15,000 captured Polish officers near the village of Katyn in Smolensk region of Russia in March-April 1940. Besides, at least 100,000 Polish citizens — potential opponents of Soviet rule (representatives of “socially alien classes”) were forcibly deported to Russian Siberia.

By the way, it was the attack of the USSR and Germany on Poland that started the Second World War. After its completion, the USSR formally agreed to restore the independence of the Polish state, but only with the completely Moscow-controlled communist government. Besides, Poland was made part of the socialist camp led by the USSR and of its military and economic components, namely the Warsaw Pact and the Council for Mutual Economic Assistance. Moreover, Soviet anti-NATO troops remained in Poland, but were used by the Soviet Union as means to maintain control over Poland.

In particular, in 1956 it was the presence of Soviet troops in Poland, as well as the threat of military intervention that allowed Moscow to curb the anti-communist processes in the country. And in 1981, the Soviet Union staged a series of military-political demonstrations in support of Poland’s then communist government and to put pressure on its Solidarity opponents. The largest of them was the strategic exercise “West-81” with air and sea landings on training grounds in Poland. This forced the then Polish leader (in reality, the sole dictator), General W. Jaruzelski, to impose martial law on the territory of the country in order to eliminate the pretext for a full-scale invasion of Soviet troops.

The collapse of the Soviet Union allowed Poland to finally regain its true independence and return to Europe by joining the European Union and NATO. However, this did not eliminate the threat to its security from the now Russian Federation. Russia’s aggressive foreign policy and its practical actions to achieve its foreign policy goals by military means exacerbate such threats.

Evidence of this is Russia’s open intention to regain its sphere of influence in Central Europe and the Baltics, backed by military demonstrations. Such a demonstration was the beginning of Russia’s full-scale war against Ukraine in order to destroy its statehood and reach the border with Poland. Moscow is already openly threatening that Poland and the Baltic states could be the next targets of Russia’s attack.

Today, Russia is held back only by Ukraine’s heroic defense with the help of its Western partners, including Poland. The latter understands very well what to expect from Moscow in the future. As President of Ukraine V. Zelenskyi rightly said: “Without realizing it, on February 24 Russia destroyed a kind of “shelter” of past contradictions between Ukraine and Poland… February 24 changed everything. It changed our nations. Changed our countries… We started writing a new volume of our history. Importantly — our common history. The unity of our peoples must last forever”.

A joint German-Soviet attack on Poland marked the beginning of World War II. The Soviet Union emerged as a superpower, but lost that status as a result of losing the Cold War. A similar situation is repeated now after Moscow’s full-scale attack on Ukraine. However, it has significant differences. First of all, this concerns Ukraine’s reliable Western partners, which have a total advantage over Russia in terms of their combined potential. That is why Moscow is doomed to defeat.