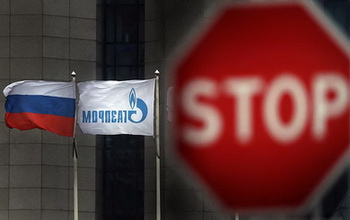 From conception to implementation, the Nord Stream 2 project has stood in stark contradiction to Europe’s interests

The Nord Stream 2 project is not entirely in Europe’s interests. This is stated in the 114 international experts’ open letter, published in the American Newsweek on September 17, 2020:

We are a group of acting and former diplomats, military and intelligence officials, and experts who have dedicated our careers to supporting Transatlantic security. We hail from countries on both sides of the Atlantic and represent a wide spectrum of political parties from our nations of origin.

Over the past decade, the Government of the Russian Federation has engaged in a litany of malign activities aimed at upending liberal democratic norms across Europe and North America. The shocking poisoning of Russian opposition leader Alexei Navalny by a variant of the weapons-grade nerve agent Novichok shows that Moscow has not been deterred by Western actions and statements and refuses to reverse its destabilizing political adventurism at home and abroad. And at the crucial moment of the ongoing demonstrations in Belarus for free and fair elections, Western values must be held up high.

In light of this latest malign action, which we believe can only have been carried out or sanctioned by the Kremlin, we are calling on the European Commission, and the Governments of all European Union Member States, as well as the United States, Canada, Norway, the United Kingdom, Ukraine, Georgia, and Moldova to take immediate action to stop the Kremlin-backed Nord Stream 2 pipeline.

We have long supported the Transatlantic relationship and the idea of European unity, and believe Nord Stream 2 undermines both for the following reasons:

First: Nord Stream 2 is not a European project. This project was not designed to serve Europeans. From conception to implementation, the project has stood in stark contradiction to Europe’s interests. It is 100 percent owned by Kremlin-controlled Gazprom. The proposed pipeline has sparked condemnation from a broad majority of governments across the Transatlantic community in the six years since its first announcement in 2015, and the European Parliament continues to call for the cancellation of the project outright. This is because politicians, national security officials, and experts on both sides of the Atlantic recognize that the project is aimed at undermining the economic and strategic security of Ukraine at the very same time that Russia is waging a hybrid war aimed at destabilizing that nation.

Second: If Nord Stream 2 were to come into operation, it would provide the Kremlin the technical capability to end or significantly diminish gas transit via the Ukrainian pipeline network, harming the Ukrainian economy overnight while removing a lever of deterrence against further Russian aggression to destabilize that nation. For those who may be quick to suggest that Ukraine is protected by the recent agreement with Gazprom guaranteeing gas transit for the next 5 years, we say this: there is no agreement that the Russians sign these days that is worth more than the paper upon which it is written. Only depriving the Kremlin of the technical capability to circumvent Ukraine will ensure that Moscow cannot wield its energy weapon to degrade Kyiv’s national security.

Third: Nord Stream 2 runs counter to the European Union’s own stated energy security objectives. The 2015 European Energy Union policy concept includes calls for a focus on the diversification of energy infrastructure, which entails stepping back from the current over-reliance on Russia-dominated routes. Nord Stream 2 would do the opposite, concentrating an overwhelming majority of Russian gas imports to Europe via a single channel in the Baltic Sea. Nord Stream 2 is not being developed to bring significant new gas volumes to Germany and Western Europe, as project promoters falsely claim, but is being developed to simply reroute existing gas transit to avoid Ukraine. Given this reality, we also know that the supposed linkage of U.S. or other global liquified natural gas (LNG) sales in Europe with opposition to Nord Stream 2 is not grounded in technical, political, or market reality.

Finally: Moscow has long viewed large-scale, state-owned projects like Nord Stream 2 as strategic channels to line the pockets of domestic oligarchs and cronies of Mr. Putin, while exporting unacceptable levels of strategic corruption and elite capture in the West, for example:

We understand that if we really want to grapple with these serious national security concerns, we need to have a franker discussion and policy plan in the Transatlantic community to put an end to Kremlin strategic corruption of this nature.

Nord Stream 2 is not too far advanced to be stopped. We welcome the addition of prominent voices from across the German political spectrum to the choir of Transatlantic security leaders calling for Nord Stream 2 to be halted. Considering these arguments, we are calling on Governments across the Transatlantic community to:

We know these steps will require sacrifice on both sides of the Atlantic, but we are convinced that when it comes to standing up to the Kremlin’s aggressive behavior, we are stronger together.