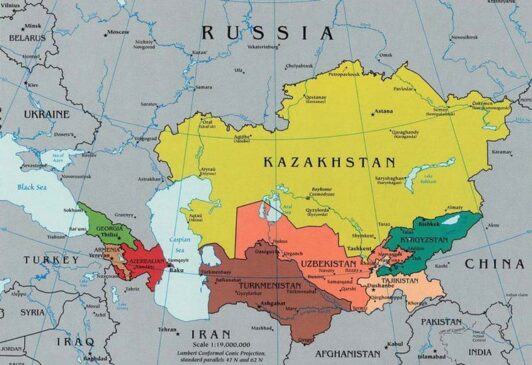 Relations between Turkey and Russia, at least for the last 10 years, can be defined as a hybrid partnership and rivalry. On the one hand, Turkey and Russia cooperate quite mutually in the spheres of energy, construction, trade, tourism and defense, and on the other hand, there is rivalry or even confrontation between them in different countries and regions: Syria, Libya, South Caucasus, Central Asia and, to some extent, Ukraine. It is interesting to explore their policy in Central Asia against the background of recent dramatic events in early 2022 in the Republic of Kazakhstan…

There are many similarities in the political situation in Kazakhstan and Ukraine. First of all, there are many pro-Russian forces — Russian agent — in power structures of both countries. Moscow demands ”protection of the rights of Russian-speaking citizens” and granting the Russian language a status of the second state language. It demands that Ukraine and Kazakhstan stop their European and Euro-Atlantic integration, defending its monopoly on control over these “brotherly” countries. Moscow makes groundless territorial claims to Ukraine and Kazakhstan. Both in Kazakhstan and in Ukraine, the territories captured during tsarism 150–300 years ago are now called “historically Russian lands” by Moscow. In Ukraine, Russia has annexed Crimea, in Kazakhstan, Russia is constantly threatening to annex its northern regions. Putin claims that Lenin artificially created Ukraine and Kazakhstan, which had not existed before. Moscow calls Ukrainian patriots Banderites, and Kazakh patriots — Basmaches. It turns out that “thanks to Russia”, the Kazakhs and Ukrainians have much in common, which can help consolidate their struggle for sovereignty and independence of their countries against the “brotherly Russia”.