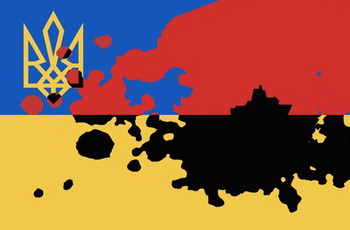 Analysis of the Situation Around the War

July 2022 marked the beginning of another stage in the development of the situation around Russia’s war against Ukraine. On the one hand, under the pressure of the overwhelming enemy forces, we had to retreat in the Donbas, but on the other hand, the supply of Western long-range weapons allows the Ukrainian troops to achieve tangible successes. The situation at the front confirms the tendency to preserve the dynamic balance of the forces of the parties. Obviously, Russia is losing its offensive capabilities due to the losses incurred during the hostilities in the East of Ukraine. Instead, Ukraine is consistently strengthening its military potential with the help of its partners. The above-mentioned trends do not yet mean a turning point in the war in favor of one or the other side. However, such a breakthrough may happen in the not too distant future.

At first glance, Ukraine’s having lost Sievierodonetsk and Lysychansk looks like a “defeat” of our state and a “victory” of Russia. Russian media began to actively promote the thesis that Moscow “always achieves its military goals, regardless of the costs”. As a result, some fall into pessimism and even panic, and begin to assume that Russia will be able to capture all of Ukraine. Such thoughts are completely wrong. Of course, Ukraine did lose part of its territories, which is a rather sad fact. Even despite the fact that neither Sievierodonetsk nor Lysychansk were currently of no strategic importance and were encircled. However, this stage of the battle of the Donbas had some important positive consequences for Ukraine.

For one, the Ukrainian troops fulfilled their tasks, namely, inflicted critical losses on the enemy, and also gained time for Ukraine to prepare new military units and receive heavy weapons from our partners. Besides, the Armed Forces of Ukraine were able to withdraw in an organized manner to prepared positions, having saved personnel and equipment. Unlike Mariupol, we have so far managed to avoid being blocked and the risk of Ukrainian military being captured as prisoners of war.

This development had a tangible impact on the course of the war and, in general, on the situation at the front. The losses of the Russian army forced it to reduce the pace of its offensive in the Donbas. According to the UK Intelligence, Russian troops had to take an operational pause to restore forces, and the offensive actions that Russia is currently taking are mostly attempts to improve its tactical position and prevent counteroffensives by the Armed Forces of Ukraine.

A significant problem for Russia has become the Ukrainian troops’ use of long-range and high-precision missile and artillery systems supplied to our country by the USA, France, Germany, Norway and Poland. Despite the relatively small number of such weapons at the disposal of the Armed Forces of Ukraine, they have already managed to achieve significant results.

This was evidenced by effective strikes on enemy positions and objects both directly on the front line and in the enemy’s deep rear. Among the most revealing: the destruction of the Russian military base near the city of Melitopol, the headquarters and concentration of enemy troops in the city of Izyum, as well as ammunition depots in the cities of Donetsk, Khartsyzk, Snizhne and Kadiivka, etc.

Those strikes disrupted the enemy’s control and logistics system in important sections of the front, as well as liquidated hundreds of invaders and dozens of military equipment. Moreover, the rear areas of the enemy, where it felt relatively safe, turned into active combat zones.

Ukrainian Special Operations Forces together with local partisans never leave alone the occupiers and traitors of Ukraine. In particular, another railway bridge on the occupied territory of Zaporizhzhia region, through which enemy troops and equipment were being transported, was recently blown up.

As a result, the occupiers begin to flee not only the front, but also the rear bases, which is a very good trend. We are looking forward for its continuation. By the way, collaborators are also fleeing with the Russian invaders. Death awaits all of them in one way or another. Such a fate has already befallen the traitors of Ukraine, who in 2014 switched to the side of Russia, and in May-June of 2022 were thrown by Moscow to the most difficult areas of the front. Where, quite expectedly, they were liquidated.

The change in the Kremlin’s rhetoric was just as expected. Russia’s attempts at the initial stage of aggression to capture the northern regions of Ukraine are already called a “distracting maneuver”. The words “denazification” and “demilitarization” of Ukraine have somehow disappeared from the Russian officials’ statements. According to a recent statement by Putin himself, the aim of the “special operation” is solely “to protect the Donbas and ensure the security of Russia”. And his press secretary Peskov even admitted that “the operation is proceeding according to adjusted plans”. He just does not tell who adjusted those plans.

We would like to think that the mentioned statements are signals of Moscow’s readiness to end the war against Ukraine and be satisfied only with the seizure of the Donbas. Perhaps it is so. In particular, taking into account the fact that Russia is already feeling the negative consequences of the attack on Ukraine, and is insistently mentioning “peace negotiations”. However, what negotiations with the aggressor can we talk about before the liberation of the occupied territories of Ukraine? This is the fundamental position of our state, and the Kremlin understands this reality well.

Therefore, Russia is preparing for a protracted war against Ukraine (in fact, for a war against the entire civilized world). Such intentions of the Kremlin were indirectly recognized by Putin during a meeting with the leaders of the factions of the State Duma of the Russian Federation on July 7, 2022. According to him, Russia has not yet used all its forces during the “special operation” in Ukraine. And Peskov added that Russia still has resources, and they significantly outweigh Ukraine’s potential.

Maybe this is true. But then why can’t Moscow implement its strategic plans regarding Ukraine for more than four months? Why is there a covert mobilization in Russia, when its main forces, allegedly, have not been used yet? And why is the enemy forced to remove from storage obsolete military equipment not only from the 1980s and 1970s, but also from the 1960s?

In particular, the Russian Armed Forces equip reserve units (already of the third formation) not only with outdated BMPs and BTRs (which would be understandable), but also with auxiliary vehicles of the MT-LB type. For those who don’t know, it’s a lightly armored tractor-trailer with one light machine gun. This tractor is in no way intended to be used as an armored combat vehicle on the battlefield.

Besides, why is Moscow transferring its economy to military rails? As you know, in July 2022 Russia adopted a law that allows the state to forcibly place military orders at enterprises of all forms of ownership, and also significantly limits the rights of their employees (including with the right to cancel vacations, prohibit layoffs, and establish mandatory overtime work without corresponding payment). In fact, the new law repeats the decree of the Presidium of the Supreme Soviet of the USSR of June 26, 1940, which was intended to provide a sharp increase in the volume of arms production with the help of the actual enslaving of workers and peasants.

One way or another, however, the above measures of Moscow really increase Russia’s capabilities in waging war against Ukraine. What can we oppose to this?

First of all, our courage and preservation of firm positions in countering the onslaught of the Russian horde. And also its total destruction, which we have been doing throughout our history.

And also — we need new supplies of Western weapons in much larger volumes than is being done now. The fact that our partners still do not fully understand the need for this is surprising. And, in addition, they are wary of entering into a direct military confrontation with Russia.

There is no need to be afraid of such a threat. The current leadership of the Russian Federation has the “St. Petersburg thugs” mentality, from which Putin emerged. This means impudence against the weak and retreat against the strong. So, we should be the strong.

And at the end of the article, we would like to cite a few more facts that confirm Russia’s entry into the peak of a foreign policy disaster.

If nothing else, at the G20 Foreign Ministers’ Meeting on July 7, 2022, on the Indonesian island of Bali, Russian Foreign Minister S. Lavrov was exposed to open obstruction. Meanwhile, US Secretary of State A. Blinken and Chinese Foreign Minister Wang Yi reached an agreement on the restoration of constructive cooperation between the parties, despite Russia’s active attempts to make them quarrel.

At this time, Kazakhstan (the former closest ally of the Russian Federation and the initiator of the creation of the Eurasian space) began the process of leaving the so-called Commonwealth of Independent States. To begin with, on July 7, 2022, Kazakhstan announced the withdrawal from the CIS agreement on the Interstate Monetary Committee. And later, it began to seek ways, independent of Russia, to transport Kazakhstan’s oil to the world market.

As folk wisdom goes, “the roasted rooster did peck”. And also — “the dog is barking, but the caravan goes on moving”. Yes, Russia threatens Latvia with all possible punishments for blocking communication with Kaliningrad region of the Russian Federation. Including the possibility of capturing it “literally within two hours”. Who, except for the “zombified” Russians, can believe this? All combat-capable Russian troops have already been destroyed in Ukraine. And what Russia still has on the border with the Western alliance is completely incapable. Only conscript soldiers without combat experience and modern weapons. Therefore, we can safely talk about the inevitability of the defeat of Russia as an evil empire and a historical enemy of Ukraine.