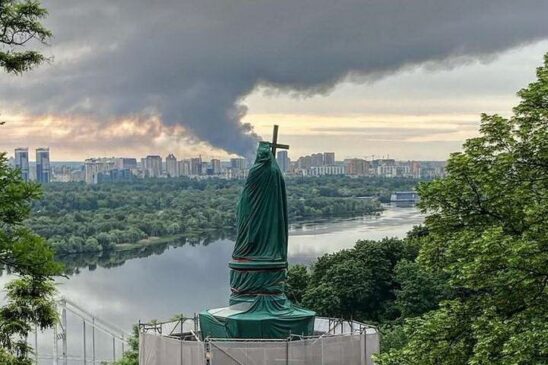 The Russian Federation has started shelling Kyiv again to avenge the Armed Forces of Ukraine’s counterattacks on several directions. The Kremlin may further intensify its attacks on the capital — it wants to destroy infrastructure and intimidate the Ukrainian government. This was stated in a comment to Gazeta.ua by military expert Ivan Sichen.

“Kyiv has not been shelled since April 28. There are some reasons for this. First, Ukraine’s defense forces managed to recapture part of Sievierodonetsk, which was almost captured by the Russians. The Ukrainian Armed Forces also carry out counterattacks in Kherson region. Therefore, a blow to the capital is a kind of revenge. It is also a continuation of the tactics of destroying the infrastructure of Ukraine, transport communications, which deliver Western weapons”, said Sichen.

Putin threatens that if the West continues to supply weapons, Moscow will strike at Ukraine, the analyst added.

“They immediately consolidated this thesis by striking at Kyiv and other cities. Russia stands out from all its plans. Economic and military problems begin there. That is why it is important for the Kremlin to force Ukraine to make concessions now. I do not rule out that the Russians are stepping up strikes on the capital. Not only on military facilities and warehouses with food, but also on residential buildings. They can try to shell the bridges across the Dnieper, which are of strategic importance. To thwart the Ukrainian counteroffensive”, Sichen said.

The occupiers are constantly shelling Odesa, the analyst adds.

“In fact, this city is also on the front line. Because the region borders the Black Sea. The Russians wanted to land there, but they have no chance. That’s why they are trying to destroy the military and transport infrastructure by shelling”, said Sichen.