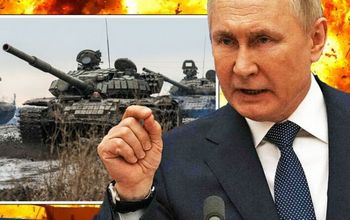 Strategic Aspects of the Second Stage of the War

Developments during Russia’s war against Ukraine confirm Moscow’s plans to establish control over our country’s eastern and southern borders. This is shown by the main directions of Russian troops’ offensive on Ukrainian territory. In previous article, we already assessed this situation. However, it mostly concerned only the tactical aspects of the situation on the front lines. Therefore, we would like to look at what is happening from a strategic point of view. Especially since the war is reaching a qualitatively new level of severity with the emergence of a real threat of involvement of other countries. This means the possibility of the conflict between Russia and the United States/NATO turning into a military confrontation between the parties, including with the use of nuclear weapons.

Recently, there have been strategic changes in the development of the situation around Ukraine, which may have a direct impact on the situation on the front lines. First of all, this concerns the Western countries’ consent to supply heavy weapons to Ukraine, as well as US and EU plans to impose new sanctions on Russia, including in the energy sector.

The reasons for such changes were a number of military-political factors of a fundamental nature, which had a decisive influence on the West’s attitude to Russia’s war against Ukraine. For example:

In general, these circumstances have increased the role and importance of Ukraine as a leading outpost of the West in deterring Russia, including by military means. Moreover, in the current situation, Ukraine is seen by the United States and NATO as a “shield” and a factor in countering Russia’s military invasion of Europe.

All this was the reason for the conceptual decision of the leaders of NATO member states to prevent Russia’s military victory over Ukraine, which was formally adopted during a video call on April 19, 2022. Such intentions were confirmed in public statements by the Presidents of the United States J. Biden and France E. Macron, the Prime Ministers of the United Kingdom B. Johnson and Italy M. Draghi, as well as the US Secretary of State A. Blinken and Secretary of Defense L. Austin during their visit to Kyiv on April 24, 2022.

Based on this, the United States, the United Kingdom, France, Italy, Canada, Poland, Slovakia and a number of other countries have begun and continue to supply Ukraine with tanks, armored vehicles and heavy artillery systems, as well as medium-range air defense systems. Besides, the transfer of portable anti-tank and air defense systems and reconnaissance-strike UAV’s for the Ukrainian Armed Forces continues.

According to experts, with new weapons Ukraine will be able to equip up to ten mechanized and tank battalion tactical groups, as well as seven or eight heavy artillery divisions. Based on this, O. Arestovych, Adviser to the Office of the President of Ukraine, predicts the possibility of the Ukrainian Armed Forces’ gaining an advantage over Russian troops on the territory of our state by the end of May 2022. As a result, the Armed Forces of Ukraine will be ready for the counter-offensive.

At the same time, the United States, the European Union, and their allies and partners continue to toughen sanctions against Russia. In particular, the European Commission is currently developing another – the sixth package of sanctions, which provides for the introduction of a partial embargo on Russian oil. According to the Minister of Economy of France B. Le Maire, by the end of this year the European Union may completely abandon the purchase of oil in Russia, and by 2027 – of gas as well. Some EU countries also plan to impose their own restrictions on import of Russian energy carriers.

However, even without western sanctions, Russia is depriving itself of the opportunity to export oil to Europe. Evidence of this is the explosion at a refinery in the Russian city of Bryansk on April 25, 2022, which is one of the important elements of the Druzhba pipeline. According to some reports, the cause of the refinery explosion was the impact of a Russian missile, which was launched on Ukraine, but lost course. However, whatever the cause of the incident, it is another manifestation of the trend of the war spreading to Russia’s territory. 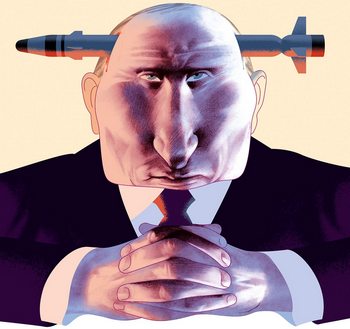 And this is just the beginning. According to American and British experts, at the strategic level, Russia has already lost the war against Ukraine. This conclusion is confirmed by the fact of Moscow’s failures in achieving its goals also in the second stage of hostilities on Ukrainian territory. This is how the lack of significant success of Russian troops in the so-called battle of the Donbas, which has been going on for about two weeks, is assessed.

In fact, the “battle” has turned into protracted positional hostilities, as it had previously happened in the North of Ukraine. At this, Russia is only depleting its military and economic resources. In particular, according to British intelligence, the Russian army has suffered critical losses near the city of Mariupol (which, by the way, has not yet been taken) and cannot achieve a breakthrough in the East of Ukraine.

Of course, this does not mean that Moscow will give up continuing the war against our state. Moreover, it will try to intensify offensive operations in the East and South of Ukraine at the expense of all available reserves. However, Russia no longer has sufficient capabilities for this, as shown by the actual failure of attempts to mobilize the Russian army in the western regions of the country, as well as the lack of modern weapons.

The situation under consideration objectively substantiates O. Arestovych’s and Ukrainian analysts’ predictions regarding Russia’s ability to continue active hostilities for a maximum of two to three weeks, after which it will move to positional defense. In contrast, as noted above, the Armed Forces of Ukraine will be able to go on the offensive.

This raises the question of what the Putin regime will do next. On the one hand, it obviously does not have the resources to achieve victory over Ukraine by military means, but on the other hand, it cannot give up its declared goal, because such a decision would mean its political death.

Prolonging the war also will not allow Moscow to achieve its goals, as it will have extremely negative consequences for the Russian economy due to Western sanctions. According to the Central Bank of the Russian Federation, in March 2022 alone, the country’s oil and gas revenues (as the main source of wealth for its oligarchs and replenishment of the state budget) fell almost twice. And this opens up direct prospects for the Kremlin to lose control of the economic and political situation in Russia.

In that case, Putin could indeed use nuclear weapons against Ukraine as an act of despair or revenge. Unfortunately, the hopes of some Ukrainian and Western politicians for his common sense are completely useless. This is shown by Vladimir Putin himself, who constantly “makes up” new Russia’s adversaries and threatens them with nuclear weapons. Another such statement was made by the RF President on April 20, 2022, after a demonstration test of the new intercontinental ballistic missile “Sarmat”. And on April 25, 2022, the possibility of a third world war in the nuclear sphere was confirmed by Russian Foreign Minister S. Lavrov. 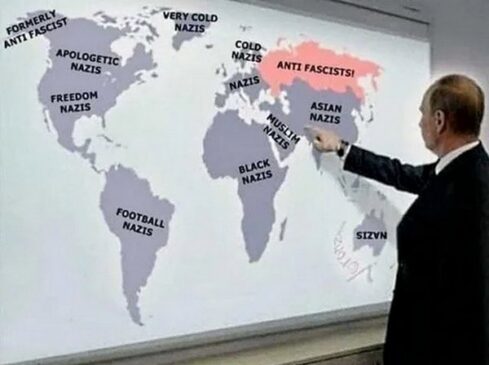 Such threats are being understood by the West, which is showing its readiness to retaliate. This has been repeatedly confirmed by the leaders of the United States and the United Kingdom. In particular, according to B. Johnson, in case of Russia’s use of nuclear weapons against Ukraine, London will take adequate steps without consulting NATO.

The firmness of the positions of Washington and London on this issue was illustrated by the media publication of an accurate map of the location of Russia’s nuclear forces. This showed that the United States and the United Kingdom are aware of the relevant targets on Russian territory.

So, the second stage of Russia’s war against Ukraine is characterized by the emergence of a number of new aspects of a strategic nature. First of all, it concerns the internationalization of the war by expanding the support of our state from the United States and NATO. This trend is positive for Ukraine in terms of strengthening its capability to confront and win over Russia.