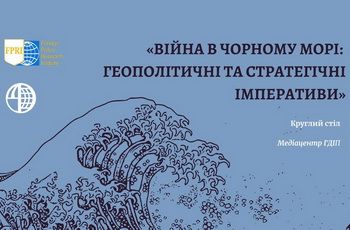 To the Round Table Themed “The War in the Black Sea: Geopolitical and Strategic Imperatives”

Hopes for Russia’s changing for the better after the Cold War remained hopes. Although this word is hardly appropriate here. Because practically no one perceives the Russian Federation as a reliable partner in the system of international relations. Especially Europe, which no longer sees any common interests with Russia or a possibility of being partners with it in any field. The inability or unwillingness of the Russians to coordinate their course of development, as usual, had led to drastic consequences, that is, to military clashes that have lasted for more than twenty years on the territory of the former USSR, and to the fact that the Russians provide military aid to their supporters abroad (they are few, but they are still there). As one of the speakers recently said at a round table in the media center of the Directorate-General for Rendering Services to Diplomatic Missions, Moscow challenged the West in the form of a Russian-Ukrainian war, to which the entire civilized world is forced to respond.

This time, the topic for the “table” was proposed by its organizer — Director of the Foreign Policy Research Institute — Hryhorii Perepelytsia, and was relevant and, so to speak, close to him in spirit: “The War in the Black Sea: Geopolitical and Strategic Imperatives”. After all, he once reached the rank of Captain of the 1st rank and has considerable experience in military affairs, which has now become one of the foundations of his current work as a Ukrainian political scientist and international conflicts analyst. By the way, as always, representatives of foreign embassies in Ukraine were also interested in Hryhorii Perepelytsia’s round table. There were also quite a few Ukrainian political scientists, among them experts of the Independent Analytical Centre for Geopolitical Studies “Borysfen Intel”. 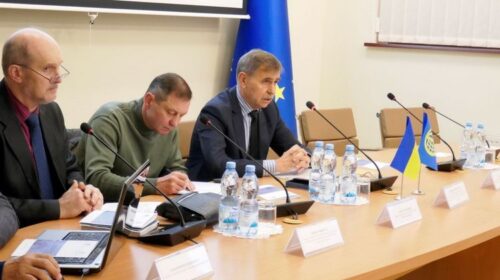 It is quite logical that the organizer of the “table” invited former and current military commanders who have solid military naval experience and are well versed in current events on the Black Sea. They “played the first violin” in the analysis of the Russians’ actions during this war, explaining the possible tactics of the Black Sea Fleet or Russians’ actions near the Crimean Peninsula.

In his introductory speech, Hryhorii Perepelytsia reminded of the importance of the Black Sea topic itself, and drew the attention of the audience to the changes of the political and geopolitical circumstances. In particular, to how this Black Sea factor is currently being used by many countries, primarily Turkey and the Russian Federation. Speaking about the interests of Ukraine in this matter, the Hryhorii Perepelytsia pointed out that our country actually has lost its Navy, although some of its components, including the marines, have been preserved. He also reminded about Ukraine’s asymmetric strategy regarding the Black Sea, which has been a place of discord for centuries, as it there that intersects of Europe, Asia, and the Middle East intersect. He also told about the geopolitical interests of Russia, starting from the time of Peter I, who even built his fleet to confront the Ottoman Empire over the Caucasus, the Balkans, etc. “After the conquest of the Caucasus, the Russian Black Sea Fleet began to play the role of a lever that put pressure on opponents. It became a kind of projection of Russian power”, Hryhorii Perepelytsia emphasized in his speech. And then he reminded how after the First World War Russia lost this fleet and renewed it together with its influence after the Second World War, after which the Cold War began, the collapse of the USSR and Russia’s loss of the Black Sea Fleet again.

Among the main reasons for the Russian Federation’s attack on Ukraine in 2014 was precisely the attempt to restore its dominance in the Black Sea, where today competition has arisen and is rapidly growing between Islamist and Euro-Atlantic vectors. And in this process, the Russian Federation should lose its ability to strike at Ukraine, to unblock our state, which is not easy to do without granting it membership in NATO. If this does not happen, then Ukraine will have to choose its strategic security options, the most realistic of which is to enter into an alliance with the United Kingdom and Poland.

He also raised the issue of Ukraine’s asymmetric strategy in its confrontation with the RF, when it will have, among other things, to determine the weak points of the enemy. 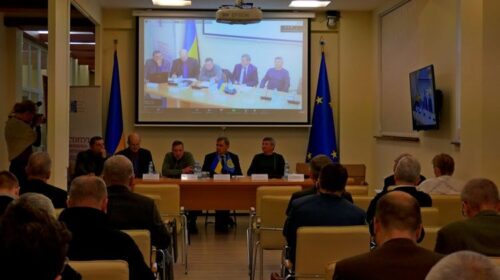 Andrii Klymenko, Editor-in-Chief of the BlackSeaNews portal, took part in the discussion. He is a well-known public figure, known journalist in economics and international relations. Discussing the course of military operations on the territory of Ukraine, he drew attention to several facts that are directly related to this and are not always mentioned or are perceived unambiguously. Thus, according to him, at the beginning of 2022, NATO countries withdrew their missile destroyers from the Black Sea, which seemed to invite Russia to war… Andrii Klymenko also considered it appropriate to point out that Russia cannot be considered a maritime state, since it always loses at sea duel. No matter what the Russian analysts suggest in their propaganda speeches, this is nothing more than an attempt to make wishful thinking come true. Andrii Klymenko called useful Turkey’s closing of the passage to the Black Sea for Russian warships and ensuring the exit of Ukrainian cargo ships with grain.

Regarding the policy of Turkey itself, Andrii Klymenko advised not to forget that an oil pipeline to Europe runs through its territory, and that that country is considered the world leader in flour production. And for this it needs grain, first of all Ukrainian grain.

“And if it comes to negotiations on the consequences of the Russian-Ukrainian war, then we should talk about the return of Ukrainian territories determined in 1991, not the ones captured since February 23, 2022”, said the Editor-in-Chief of the BlackSeaNews portal.

Captain of the 1st rank Serhii Sokoliuk spoke about the creation of the Ukrainian Navy after 1991. The process was quite difficult, Moscow dictated which warships belonged to Ukraine, and it did not try to be honest in such a matter. That is why Ukraine did not get the best warships. And above all, because of the irresponsibility of the leadership of the Ukrainian Navy, the last commander of which went to Russia’s side after the Russians’ attack on the Crimean Peninsula…

By the way, Serhii Sokoliuk reminded about other marine issues. For example, about the reasons for the decline of shipbuilding in Ukraine, about how and by whom the Black Sea Shipping Company, which was the largest in the world at the time, was destroyed. 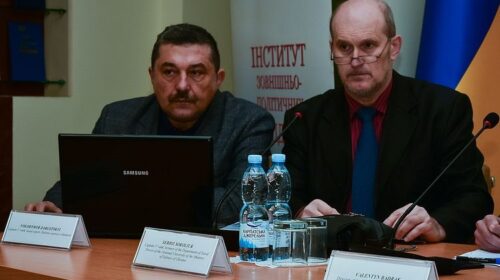 Turning to military issues, Hryhorii Perepelytsia gave the floor to other guests, among whom we should mention naval expert Volodymyr Zablotskyi and Director of the Center for Army, Conversion and Disarmament Studies Valentyn Badrak, the author of several meaningful books devoted to national defense. In their speeches they voiced a number of problems raised by those present, gave options for solving urgent tasks, and warned about the importance of not repeating the past mistakes.

“We lost Crimea because of the passivity of all Ukrainian Presidents”, believes Valentyn Badrak, whose revelation cannot be contradicted by anything.

And then he told how it is necessary to correct the mistakes (to put it mildly) made by the former heads of the Ukrainian state. First of all, we should decide on the principles of development of Ukrainian Navy, analyze the strategy of it development (2019), put an end to plans for corvettes’ production, the effectiveness of which is quite questionable. Today, it is necessary to give priority to the coastal defense, missile systems, find out the feasibility of using the “mosquito fleet”, study the effectiveness of using drones and produce them at Ukrainian enterprises, establish military and technical cooperation with the countries that support us, including neighboring Turkey. 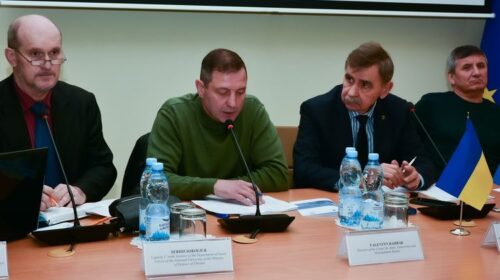 By the way, the Museum of the Ukrainian Navy functioning in the Central House of Officers, the Director of which, Serhii Voronov, was also present and spoke at the round table.

Traditionally, the speeches of analysts and experts were translated into English, which made it easier for the foreign guests to understand the content of the discussed topics and ask their questions.

And finally, we must thank the organizers for the event, which should help Ukrainians in defending the independence of their state in such a difficult time.