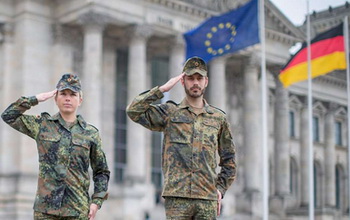 Lately, Germany and the EU have been in a rather changeable world, when its principles’ strength is being tested unprecedentedly, and all participants in world processes are convinced of the importance of establishing international cooperation. But many actors in the system of international relations have changed or are changing their behavior, their actions are sometimes unpredictable. That is why Germany considers the European Union to be the most important international community, and its practical activities should be intensified.