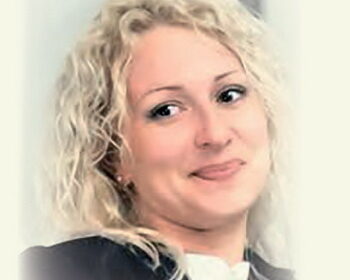 — It is important for a diplomat, whether Ukraine has strong connections with the country where he will work. And this depends on predecessors who had worked as ambassadors there and left a “heritage” for their successor.

— I can’t say that during almost three decades of Ukraine’s independence our diplomacy did not pay attention to Africa. But it is obvious that our country, for objective reasons, still does not have a professional platform of African experts. In forming the concept of Ukraine’s foreign policy in this direction today, in addition to diplomatic contacts and the development of trade and economic cooperation, we must also keep in mind the analytical component. That is, to take into consideration the history of Africa, traditions and culture of the peoples who live there, and, of course, the fast processes shaping the continent today.

— You are responsible for relations not only with South Africa, but also with several neighboring African countries. Will this not lead to simplification of interstate relations when the peculiarities or interests of each of them are not taken into consideration?

— Here I have to point out that I am responsible for relations with ten countries of this great continent, because the main task of our Embassy, located in the executive capital of South Africa, Pretoria, is to represent the interests of Ukraine, promote our political, economic, cultural, scientific and other ties, as well as to defend the rights and interests of citizens and legal entities of Ukraine in the territory of South Africa, Namibia, Zambia, Zimbabwe, Botswana, Lesotho, Mozambique, Mauritius, Madagascar and Eswatini. Those countries are very different, with more or less democratic governments, sometimes even with monarchical regimes, such as Eswatini and Lesotho, island countries or enclave countries. There are a total of 54 countries in Africa. 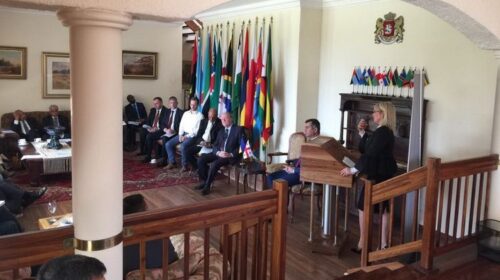 …Natural resources and human potential of Africa are becoming the center of world development, where the interests of all so-called major geopolitical players intersect. This has its explanation: the continent possesses about 30 % of the world’s natural resources, including 83 % of world production of platinum, 55–60 % of world production of cobalt, manganese, 40 % of gold, 46 % of diamonds and 43 % of palladium. And even more, there are 10 % of the world’s oil reserves there, the continent accounts for almost 70 % of world trade in diamonds. Integration processes on the continent have moved into the implementation dimension. The African Continental Free Trade Area (AfCFTA) is already being formed, under which a single trade market will operate on the continent, reviving economic relations between African countries. In case of formation of a large aggregate economy, large-scale and long-term investments will be attracted. As for South Africa, in addition to having the second largest nominal GDP in Africa and being a member of the G20 and the BRICS, the country is also a leader in the pan-African movement.

…The UNICEF’s “Generation 2030” Report provides statistics on changes in the demographic situation in Africa, survival rates and urbanization. In the current 2020, the population of Africa will increase by more than 34 million people and at the end of the year will amount to 1 billion 370 million people. In 2055, 40 % of the world’s children will live in Africa. The United Nations estimates that by 2050, the African population will be at least 2.4 billion. All in all, the continent’s population will quadruple over the next 100 years.

…By 2030, one in five people in global society will be of African descent. The exceptional economic importance of the African continent is also becoming apparent, as the world will depend to a large extent on the availability of raw materials, energy resources and human capital in Africa. And only those will be “on roll” who has been actively working there.

A formed and formalized Concept of Ukraine’s Foreign Policy in Africa could be a signal of Ukraine’s readiness to develop relations with the African Union and the countries of the continent (which would include concrete steps to develop bilateral and multilateral relations, support the development of African countries and preparation of promising projects). So, we have much to work on.

…I cannot ignore the following: today the Russian Federation is waging military actions against Ukraine, including a hybrid war. The world community sees it all. And when we have to appeal to it on this issue, we must remember that African countries have more than a quarter of the votes of all UN members. If we have consistent development of relations with them, we will be able to ensure tangible support for Ukraine in the international arena. That is why our diplomatic mission pays enough attention to informational and explanatory work among the official circles of the local countries regarding the Russian aggression and the annexed Autonomous Republic of Crimea. 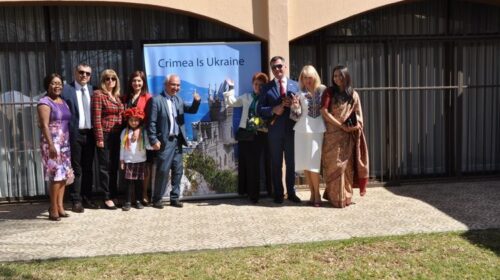 …In general, economic cooperation on a mutually beneficial basis develops states, which can never be done with weapons. The global pandemic confirms this once again. South Africa has now one of the toughest quarantines on the continent. You may ask, if this will have any social or economic consequences that will affect our plans to develop cooperation? At present, we do not see, at least in the near future, any preconditions for a sharp and significant reduction in trade activity. As for the indicators of trade volumes, in the first quarter of 2020 they even increased slightly as compared with the same period of last year. For example, Ukrainian exports to South Africa increased by 8.3 %, and imports from South Africa to us — by 33.9 %. The Embassy actively monitors all changes in trade and promptly informs relevant Ukrainian institutions and organizations.

— Ukraine has mainly to export not goods but raw materials. Is the same picture generally observed in trade with Africa? Shouldn’t we offer to South Africa products of domestic machine builders (KrAZ machinery, mining industry equipment, products of the defense industry, pharmaceuticals)? In their turn, haven’t our companies shown a desire to work in the market of South Africa, neighboring countries?

— Last year, Ukraine’s trade with South Africa had a negative balance. To change this situation and increase trade in general, our Embassy in South Africa was preparing Ukrainian trade delegation to the Republic of South Africa, headed by one of the Deputy Ministers for Economic Development, Trade and Agriculture of Ukraine — Trade Representative of Ukraine. If it were not for the coronavirus pandemic, due to which the work of the delegation had to be postponed, we would now be talking about certain achievements. Ukrainian enterprises of machine-building, aircraft-building, and food industries are actively studying the South African market in order to create joint ventures on the territory of this African country.

Just one example: last year was considered cooperation of the state enterprise “Antonov” with the airlines of the accredited country for the promotion of regional An-148/158 aircraft. In particular, about the promotional tour for the presentation of the An-158 aircraft in November 2019. Due to certain circumstances, “Antonov” proposed to postpone this event to the first half of 2020. As for exports to South Africa of the HS 88 product group, we are talking about units and parts for aircrafts. 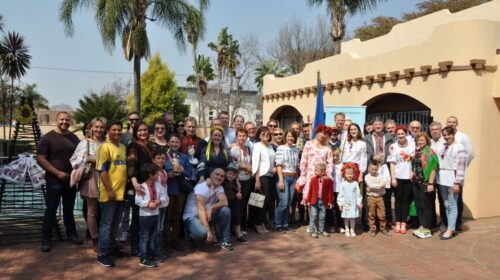 To eliminate the consequences of restrictive measures, together with the South African Embassy in Ukraine, we have launched an online platform and thus establish cooperation in the new circumstances. By the way, recently I had an opportunity to participate in the online conference “UKRAINE — SOUTH AFRICA: BUSINESS OPPORTUNITIES IN TIMES OF ECONOMIC DIFFICULTIES”, which was about the relations between Ukraine and South Africa. In preparation for the future trade mission to South Africa, interest was expressed and effective contacts were established with the country’s largest associations not only in agriculture, but also in engineering, shipbuilding, and the IT sector.

— I am sincerely grateful for the answers to my questions. I wish you success in your work in such a responsible post of Ambassador of Ukraine.

The full interview you can read in the “BINTEL” Geopolitical Analytics Journal, Issue 2, 2020.